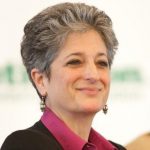 At least six states are quietly bestowing retroactive diplomas on tens of thousands of former students who never passed their state’s required exit exam, sparking a heated debate about rigor, fairness, and the meaning of a high school diploma.

In Georgia alone, more than 17,000 diplomas have been granted that way in just the past nine months, and that number is expected to soar further. Texas has issued at least 4,000 retroactive diplomas, with 12,000 students—and possibly three times that number—still eligible. South Carolina has already conferred more than 6,100 retroactive diplomas and could face similar requests from another 8,000 or more students.

In California, at least 35,000 students now qualify for diplomas even though they failed the required—but now eliminated—exit exam in the past decade. Arizona and Alaska have passed similar legislation, allowing students to apply for diplomas despite failing the test required for graduation.

The novel pathway to graduation has arisen from a national trend in which states are eliminating comprehensive tests in math and English/language arts in favor of end-of-course tests or other measures of high school achievement. States have been throwing over exit exams for years, arguing that they’re useless because they’re often pegged to 8th- or 9th-grade-level skills.

More recently, the states that dropped their graduation exams argued that they don’t reflect the Common Core State Standards.

Then states had to confront a fairness issue: How could they hold students responsible for passing a test that state officials themselves deemed obsolete and too easy? Some states responded with laws that let students off the hook for the exam. But that triggered a backlash in some quarters from advocates who view the policy change as lowering expectations and devaluing the meaning of the diploma for the students who did pass their state’s test.

Georgia enacted House Bill 91 last March, allowing students who failed various iterations of the state’s exit exam as far back as 1985 to petition for diplomas. A 2012 state study found that high school grade point average was a much better predictor of college success than either of the exit exams Georgia had been using.

So far, 17,337 diplomas have been conferred under the new law, according to the state department of education, but it’s impossible to estimate how many more students might qualify, since the state doesn’t know which ones didn’t graduate solely because of exit-exam failure, said Matt Cardoza, the department’s spokesman.

Misty Hatcher takes part in a computer class at Lanier Technical College in Oakwood, Ga. She said the lack of a high school diploma kept her out of college and in low-paying jobs for years. Now the 28-year-old is working to become a computer-networking specialist.

Students who earn diplomas via HB 91 can’t be added to the state’s past or future graduation-rate calculations, he said.

William Schofield is well aware of the outrage that some Georgians harbor about the high school diplomas awarded under the new law. As the superintendent of the 27,000-student Hall County school system, northeast of Atlanta, he used the law to confer 289 diplomas and defends it as an important way to reverse damage done to people who didn’t fit an older, narrower concept of high school success.

“People say we’ve lowered the bar, and I say, whose bar? The bar of the master auto mechanic in a major market who’s making $105,000?” asked Schofield. “I still get calls from students from years ago, who are well-intended, gifted, with plenty of dreams of their own, but they couldn’t pass one section of the test. Why should we hold back kids like that?”

The exam had held back Misty Hatcher for 10 years. She finished her coursework with her graduating class in 2005, but couldn’t pass the science section of the exit exam.

She begged a local technical college to admit her, but it refused, citing its high school diploma requirement. Hatcher worked as a secretary and then took a $7.50-per-hour job in day care because the schedule was more manageable once she had children, and “you don’t have to have a diploma for that.” For a few years, she kept taking the science test, but she couldn’t pass.

Hatcher applied for and got her diploma under the new state law. And now, at age 28, she’s enrolled at that local technical college and is studying to become a computer-networking specialist. Hatcher hopes to earn a bachelor’s degree in graphic design.

“I didn’t think I’d ever get [a high school diploma],” she said. “When they gave it to me, I was yelling. I couldn’t believe it. I thought, I can finally do something for my kids.”

Jennifer Zinth has been tracking exit exams as a policy analyst at the Education Commission of the States in Denver. She sees the moves to confer retroactive diplomas as a byproduct of many states’ decisions to end the practice of requiring students to pass some kind of test in order to graduate. In 2012, 25 states required such exit exams, according to ECS data. This year, only 13 do.

Exit exams first became popular in the 1970s, she said, to ensure that students had mastered a basic, relatively low level of skills. States embraced new graduation exams in the 1980s and ’90s, to reflect their state standards, but many were still pegged to relatively low skill levels, Zinth said. Since 2000, more states dropped exit exams in favor of end-of-course tests, but more recently, some states have been phasing those out as well, since many want to cut testing time and cost and have college-readiness tests in place, she said.

Like those passed by other states, Texas’ law has stirred controversy. Signed into law last May, Senate Bill 149 allows students in three graduating classes, between 2014-15 and 2016-17, to get diplomas even though they failed one or two of the three required exit exams.

School-based committees consider such students’ cases and allow them to meet exit-exam requirements in other ways, such as showing a portfolio, completing projects, or doing remedial work. Students still must pass all their core courses to graduate.

In the class of 2015, 291,000 took the exit exams, and 16,786 students failed to pass one or two, qualifying them for diplomas under the new law. No one knows yet whether those failure rates will hold true for the next two graduating classes, but if they do, more than 50,000 students would be allowed to fail one or two exit exams and potentially still earn diplomas under SB 149.

That infuriates Bill Hammond, a former state representative who is now the chief executive officer of the Texas Association of Business. The state hasn’t finished compiling statewide data on how many diplomas have been granted so far under that law, but Hammond’s organization surveyed the 100 biggest school districts in Texas last year and found that they had granted 3,974 petitions for diplomas, about 70 percent of those filed in those districts under the measure. Twenty-three of those districts granted every petition filed.

“It’s a very misguided policy. All you have to do is have an IQ above room temperature and you’ve got a diploma,” Hammond said. “What about all those students who worked hard, who tried multiple times to pass? Now their diplomas are worth nothing, the same as those who were given a free pass.”

On some of those end-of-course tests, which are part of the statewide testing system known as the State of Texas Assessments of Academic Readiness, or STAAR, students can get as few as 37 percent of the questions correct and still get a passing score, he said.

“There’s nothing magical about a STAAR test,” Seliger said. “None of the folks in NASA took a STAAR test, and yet they muddled their way to the moon.”

This story was produced by Education Week, a nonprofit, independent news organization with comprehensive pre-K-12 news and analysis. Read more about college and career preparation.

Catherine Gewertz is an associate editor for Education Week. She covers assessment and pathways through middle and high school. She is the author of the blog High School & Beyond.