What students protected by DACA are worried about

When President Trump announced his decision to end Deferred Action for Childhood Arrivals, the Obama-era program that protects young undocumented immigrants, the 800,000 young adults who were brought to the United States illegally as children began again to face the possibility that they may be deported, beginning March 2018.

And yet when Mr. Trump met with Democratic leaders on Wednesday night, they may have struck a deal (though contradicted by the president on Twitter) on how to enshrine the protections of DACA in new legislation.

The Hechinger Report spoke recently with four DACA recipients about how the potential end of DACA affects their lives and education goals. Here are their words:

Every day I feel like I don’t belong, like I don’t have the luxury to sit here and listen to a professor. Because tomorrow, I may not have this luxury and may not be able to work, so I should go out and fight. Do something about it while I can. I love studying, I love all this knowledge, sometimes I wish I could stay here forever. I don’t know how my future might look, once DACA ends.

The reason I didn’t apply to any out-of-state universities or colleges is because I knew then I’d have to leave my family in this unprotected situation. That was a risk I was not willing to take. So I chose UT Austin because it’s close to home. I’m only half an hour away from them, so if anything happens to them, I can get to them quickly and take immediate action. 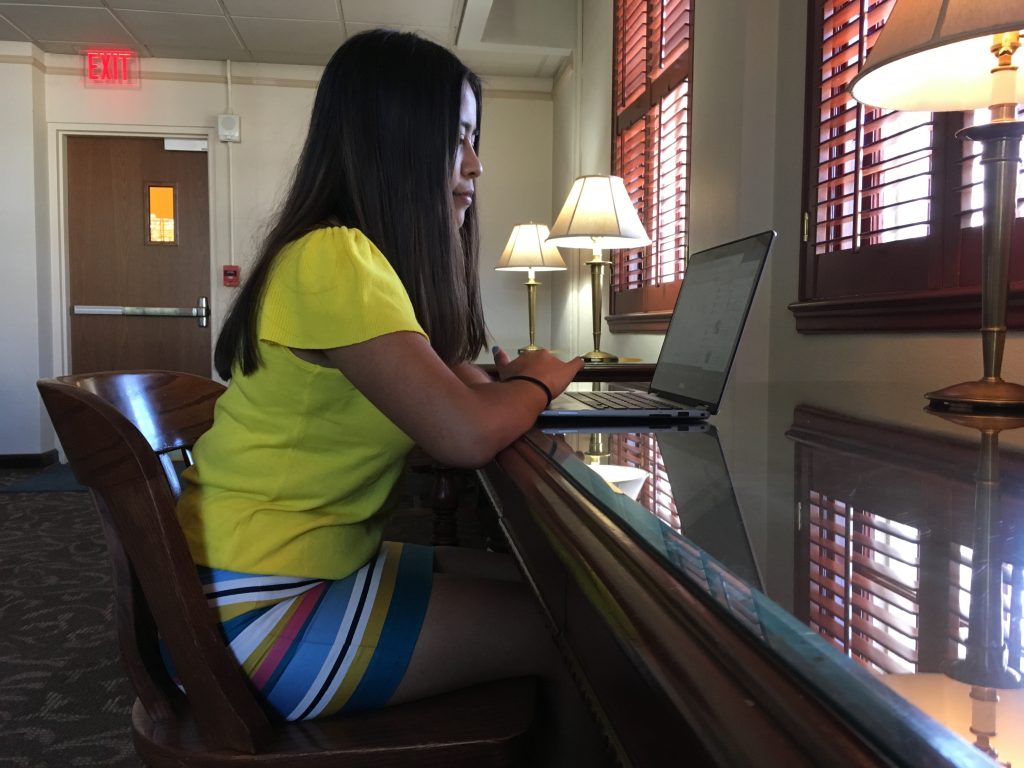 I have a lot of mixed feelings about DACA. I am very grateful for the opportunity it gives me. It has allowed me to remain united with my family and pursue my dream of higher education. At the same time, it’s the reason my family is split apart. My oldest sister left the country when she was 17 to get a student visa in Mexico so she could come back to Texas for college. She was denied a student visa and not allowed to return, so we haven’t seen her in seven years. That was a year before DACA, and if it wasn’t for DACA, that would probably have happened to my other sister and me too. So DACA is definitely bittersweet for me.

I don’t think any of us are really happy. Sometimes I can be glad about something going on in my life, but in my family, happiness is that unity that comes from being together and sharing moments.

I am now mostly saddened about what the DACA repeal means for people whose permits will expire very soon and who will undergo really tough times. I’m frustrated by all the challenges a whole group of people will have to face. And saddened that young individuals will not be able to go to college, and will not have the same opportunities I was afforded with a work permit.

I’m hopeful about what people in Congress can do. I’m hoping what they do might turn into real action for real people, rather than just words of support.

I knew I wasn’t from here, but it didn’t hit me until senior year in high school when my class took a trip and we needed a passport and a social security number. I raised my hand to get an application but I never filled it out. I knew I wasn’t born here but I just didn’t want to be humiliated. 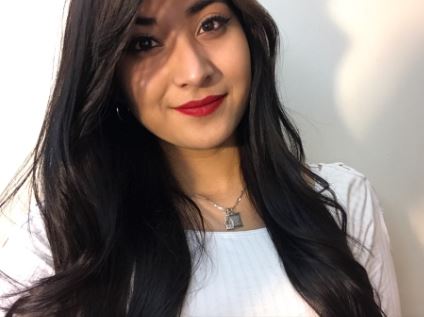 After I earn my associate degree, I want to transfer to University of Texas at San Antonio to get my bachelor’s degree in criminal justice. I go to class really early each day, Monday through Thursday, then work full-time at Walgreens until 11:30 each night. I have to work full time so I can afford full-time tuition. I keep applying for financial aid, I have nothing to lose, but I never qualify. School costs me $2,000 per semester.

Related: Attacking DACA during a national tragedy is divisive and un-neighborly

I have two years left before my DACA status ends, basically 24 months left assured here. My plan is to become a medical examiner, but knowing that this may not happen because of DACA ending is devastating. If that’s not possible because I can’t have a work permit, I’m left in the blank. What will I do next? I don’t have the two things you need to become a citizen: a spouse or a family member [with citizenship].

I’ve been hit hard by the issue of being undocumented, starting when my dad was put in detention in 2011. It’s been in my face, what it means to be undocumented. I know what it feels like, how much it hurts and what it’s like to feel so helpless. I started organizing and being an advocate for the immigrant community in high school. It’s what I’m passionate about. 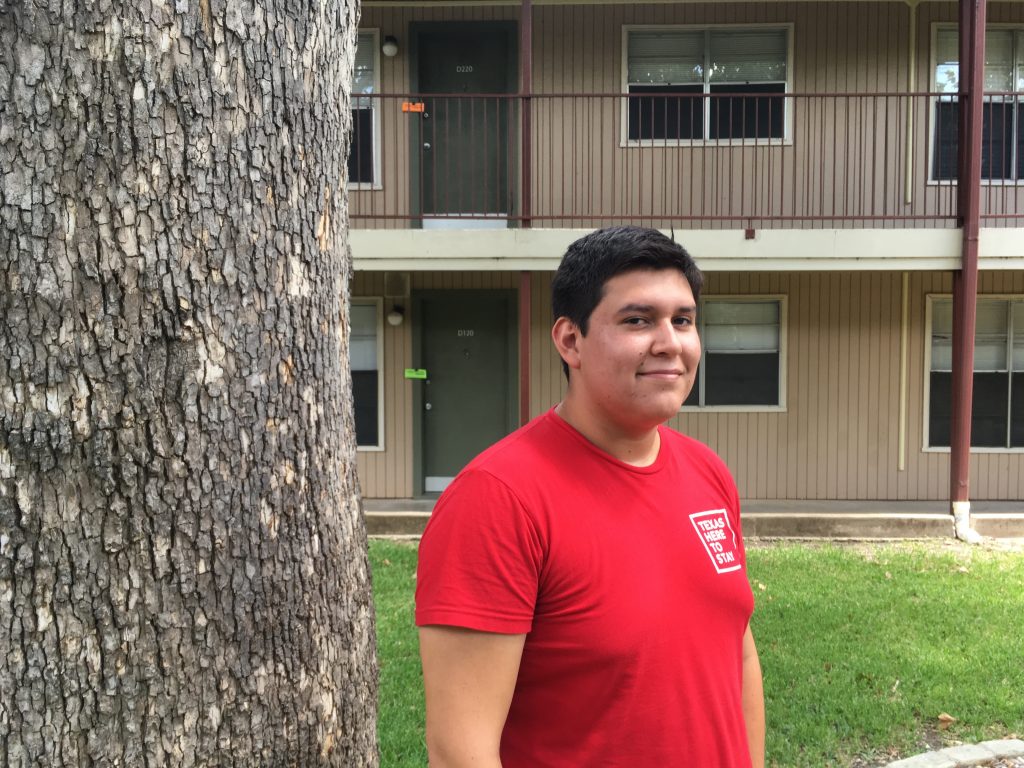 We come from a small town in Mexico. Who would ever think that I’d get the opportunity to study at Georgetown University — a school that costs more per year than any of my family has ever seen?

I think many of us brown and black kids going to low-income high schools, we could never imagine going to a university like Georgetown. It’s something I couldn’t pass up. But every day I think about what I could be doing instead: sending money to my family, helping out with things like driving my little brother to doctor appointments because DACA allows me to have a driver’s license. My [undocumented] mom now takes on that risk, and without any status, who knows what that could mean — even just a drive to get groceries — if something were to happen?

Related: What some colleges are quietly doing to help undocumented students

There is so much instability in our futures, we don’t know what things will look like six months from now, or once work permits officially expire. We don’t know where our futures are going.

I want to stay grounded to my immigrant community. I want to work in that field so I can make things better for immigrants. In the future, I’d like to go to law school and become an immigration attorney and give back.

But without DACA, my work opportunities are greatly diminished, maybe completely out of the question. I won’t be able to use my degree in the field I want in any possible future job opportunity. So one of the things I think about now is to continue my studies, go to law school, but that’s really expensive and even after that, I don’t know if I could use that degree toward a future job in the United States. It really makes life in the U.S. hard.

Juan Belman, 24, brother of Mizraim
University of Texas at Austin, graduated 2017 with a bachelor’s in anthropology
Works as an immigration services coordinator for Workers Defense Project in Austin
Education goal: Law school

I knew since I crossed the river in 2003 that I was undocumented; different than most of my peers.

Being undocumented means you miss out on so many opportunities. I can’t go to Mexico to see my family, my grandmother, cousins, aunts and uncles. I haven’t seen them for a long time. Being undocumented, the mentality is that we have to worry about our families and safety all the time. And that’s always a priority over education: worry about our future. Our futures are so uncertain.

It worries me all the time. Under the current administration, everyone’s a priority [for deportation] so I could be deported at any moment, taken from my community, my family, my friends. This is my community, the people I love. I couldn’t imagine living anywhere else. It sucks that so many politicians want to push us out, because at the end of the day, I think we all just want to contribute to our community.

And now, once my DACA permit expires, what will I do, what’s going to happen? It’s going back to that point in my life where I was driving without a license, and I couldn’t legally work. It’s so much stress, not just for me, but for my mom who worries about me all the time. And that’s going to come back now once my DACA expires.

Sarah Gonser is a contributing writer to The Hechinger Report.