Why is math easier for some kids than for others? 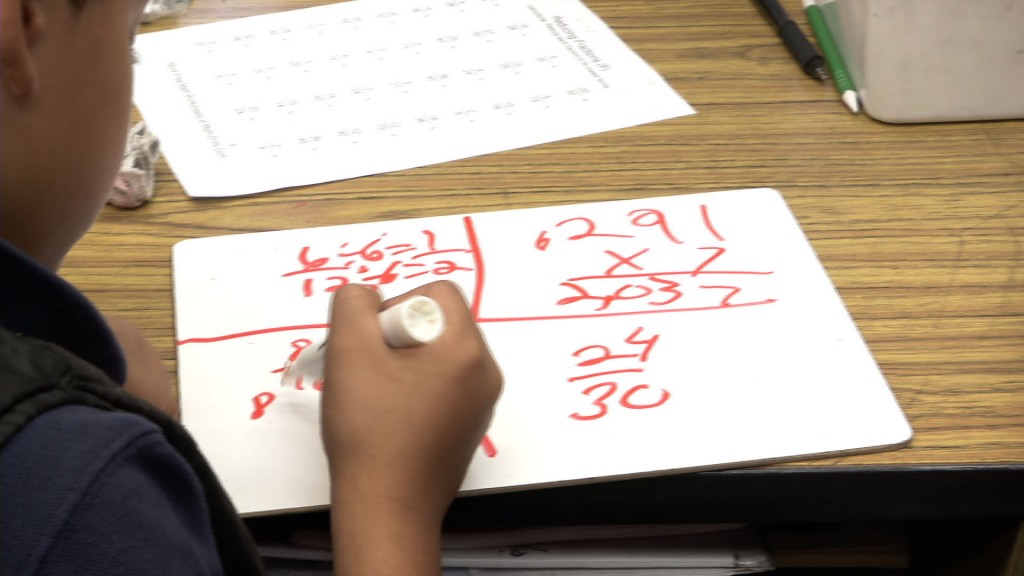 The sooner kids stop counting on their fingers, the better they are at math later in life.

Researchers at Stanford University School of Medicine found that when kids begin processing mental math, the brain reorganizes itself to use its short-term memory center, the hippocampus.

The results, which were published Sunday in Nature Neuroscience, suggested that switching from procedure-based strategies like use of counting to memory-based retrieval methods offers a more stable improvement in problem-solving skills in the long run.

Vinod Menon, senior author and Stanford Psychiatrist, equates the change to “providing a scaffold for learning and consolidating facts into long term memory in children.”

Mann Koepke of the NIH, who funded the study, said that if the child’s brain does not have to labor over simple math, there is more short-term memory space to learn new concepts, so they catch on earlier and faster. It appears they have a competitive advantage because of the cognitive structure, and are more likely to outperform their peers.

Researchers studied the brain activity in 28 children between ages 7 and 9 while they were solving arithmetic questions under an MRI, focusing on which parts of the brain would light up. They also tested the kids in person, looking to see if they moved their lips or counted on fingers. When the experiment was repeated a year and a half later, it showed that children who had switched to memory-based retrieval methods were solving the problems faster and more accurately.

Overall, activity in regions associated with counting, the prefrontal and parietal, was reduced, but the number of connections made by the hippocampus had greatly increased. With more information being sent to long term storage sooner, a child will have built a better “schema for mathematical knowledge,” says Menon. She concludes the study is a key launching point for future understanding of math-based learning disabilities.