Editor’s Note: Some of the thousands of Syrian school-aged children forced to flee their homes end up attending private refugee schools along the Turkish border. But many of these schools have shut down and the waiting lists are long for the few that remain. The U.S.-based Karam Foundation brought 40 mentors from around the world to the Rawwad School located in the city of Reyhanli in eastern Turkey, for its sixth annual four-day “Innovative Education” mission.

Professor Wendy Pearlman of Northwestern University describes her experiences teaching refugee children. Despite the trauma caused by a conflict that has claimed more than 200,000 lives and created 4.39 million Syrians refugees abroad, the students demonstrated resilience and a hunger to learn. 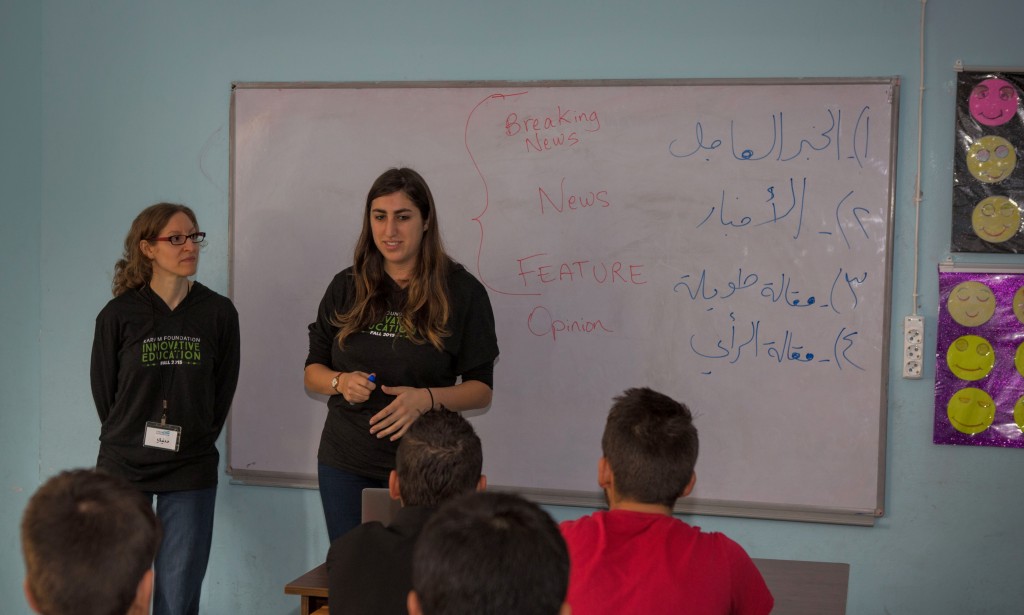 Our minibus pulled up to a drab office building on a busy commercial street. I would not have guessed that it was home to a school serving 750 students had children not spilled out the doorway to greet us on our first day.

Students lined both walls and cheered as we made our way through the dark corridor and stairwell. Some waved balloons, others sang, and all were proudly dressed in their best clothing — one boy, about eight, was decked out in a vest and bow tie.

So began our four days teaching at the Rawaad School in Reyhanli, Turkey. I’d spent time in Syrian refugee communities in the past to do interviews for my own book. Yet this visit was different. I was instead there to give back to them. The care the school had put into its welcoming ceremony showed that it was thankful for simply having not been forgotten.

“We treated them as all students deserve to be treated: as learners.” — Wendy Pearlman, journalism teacher
Some members of our team offered vision and dental examinations to the students. Most of us taught workshops on a variety of topics ranging from martial arts to entrepreneurship. Journalist Sarah Dadouch and I co-taught three periods of a workshop on journalism.

The fact that our class had no relationship to grades or credit seemed irrelevant to the students. The 12th graders debated with each other about bias in a news piece. When asked to prepare a pitch for a story, two 11th grade siblings used their phones to film themselves as broadcasters. The sister discussed the ramifications of society’s lack of interest in reading. The brother, an aspiring engineer with a passion for robotics, gave a mini-presentation on the digital platform Arduino.

Their classmate, a shy girl who hardly spoke during the four-day program, submitted an interview with a Syrian who almost smuggled himself to Europe. I did not know what astonished me more, her admission that this powerful text was the first thing she had ever written or the fact that her family had likewise attempted to cross the Mediterranean before a last-minute decision to stop at the water’s edge. I tried not to wonder how many other budding writers have instead been lost undertaking that voyage. 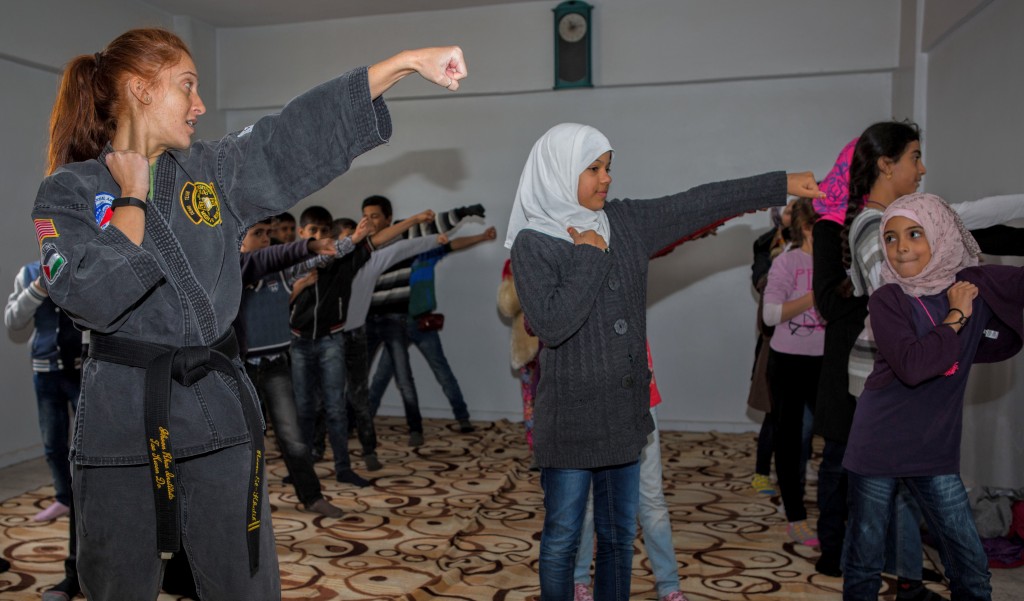 Awed by our high schoolers’ achievements, I worried that the eighth graders were too young to grasp lessons on journalism. Far from it, they jumped, literally, at the chance to describe the articles that they hoped to write. One girl proposed a story analyzing the problem of early marriage. A boy explained that high school graduates, facing no prospects for entering university, are sometimes hired as schoolteachers. “They are not qualified to teach,” he observed. “I want to write a story about how this ruins education for the next generation.”

Many of these children had spent sleepless nights under bombardment or spent months fleeing from one town or country to another in search of safety. In Syria, childhood brought them too close to death. In Turkey, the outlook for finding work is bleak.

During this special week, however, we did not look upon these young people primarily as victims of one of the worst humanitarian tragedy of our times. Rather, we treated them as all students deserve to be treated: as learners. They crave challenges and chances to create. All they need is the opportunity.