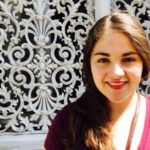 Teachers are getting targeted anti-union emails from conservative groups

Conservative, free-market groups across the country have launched campaigns aimed at persuading teachers to drop out of their unions, in the aftermath of a U.S. Supreme Court ruling that will put a dent in unions’ finances and membership numbers.

For the past year, union officials had been preparing to face both an adverse ruling in Janus v. American Federation of State, County, and Municipal Employees Council 31 — which in June determined public-employee unions could no longer collect fees from nonmembers for collective bargaining—and subsequent efforts by anti-union groups to get teachers to end their memberships. But the speed and scope of the anti-union messaging has been striking.

Unions argue that these email and social-media campaigns are designed to suppress workers’ rights and benefit corporate interest.

In some cases, school district officials have even stepped in to block the flow of these outside messages on school system email servers.

Right-leaning think tanks and advocacy organizations have placed anti-union ads on Google and social media and sent targeted emails to teachers across the country. Some plan to go door to door to reach educators during the summer.

Ashley Elpern Chapman, a public school teacher and union member in Newton, Massachusetts, received a message from one of these groups, the Mackinac Center for Public Policy, the day after the Janus decision came down on June 27.

“The wording of [the email] sounded very manipulative, and very, ‘We’re here to help you,’” she said. “They’re there to push an agenda — not looking out for teachers.”

National unions and state affiliates have been quick to highlight that many of these organizations receive funding from prominent conservative donors and have ties to the Koch family foundations, which have donated millions of dollars to conservative and libertarian groups. The groups see the Janus decision as an opportunity to gut money from the unions, who support Democratic candidates and issues. The Mackinac Center also receives funding from The Dick and Betsy DeVos Family Foundation, a philanthropic group started nearly three decades ago by the now-U.S. secretary of education and her husband. Unions argue that these email and social-media campaigns are designed to suppress workers’ rights and benefit corporate interest.

But Patrick Wright, the Mackinac Center’s vice president for legal affairs, says that his organization is simply providing teachers with the facts necessary to make an informed choice.

“For years [workers] have been forced to support speech that they may not agree with, and we want to let them know that they have options,” said Wright. “The unions have incentives not to tell them.”

Through its outreach project, “My Pay, My Say,” the Mackinac Center is contacting teachers in 11 states. The group has filed requests under states’ open records laws to obtain union members’ email addresses, said Jarrett Skorup, the organization’s director of marketing and communications.

“Whether it’s disagreements about politics, concerns about a lack of local representation, problems with union spending, or something else — you now have the right to stop paying for activities you don’t support,” read emails sent to teachers in Massachusetts and New York. The messages also provide a link to a state-specific opt-out form.

“If [the union’s] business model relies on compulsion, then shame on them.”

Most of the people who have started filling out these opt-out forms are coming from Google — where the group has placed targeted advertisements — or through direct visits to the website, said Skorup. Thousands of people have already filled out information through these online forms, he said.

Other organizations are planning to go door to door. The Freedom Foundation, a free-market think tank in Washington state, is preparing to send representatives to teachers’ homes and workplaces in California, Oregon and Washington, said Jami Lund, a labor policy specialist with the group.

In past outreach to union members, the Freedom Foundation has sent emails and physical mailings, and done in-person visits at members’ homes and workplaces, said Lund.

“All we have in our arsenal is information about the truth,” he said. “If [the union’s] business model relies on compulsion, then shame on them.”

The teachers’ unions are fighting back. Some state affiliates of the National Education Association have already crafted counter-messaging that focuses on the Mackinac Center’s connection to Secretary of Education Betsy DeVos.

“Funded by Betsy DeVos, they want to destroy unions and limit educators’ voice, rights, and pay,” reads a Google ad against the organization, placed by the Maryland State Education Association.

The New York State Unified Teachers produced a video, “Say No to Betsy,” accusing DeVos’ “anti-union friends at the Mackinac Center” of a “massive effort to undermine unions and public schools to divide working people.”

American Federation of Teachers president Randi Weingarten has also highlighted the Mackinac Center’s connection with the DeVos Foundation on Twitter.

From 2001 through 2015, the Dick and Betsy DeVos Family Foundation donated $355,000 to the Mackinac Center, according to publicly available federal tax forms. (DeVos has stepped away from her duties at the foundation since becoming secretary. Neither the foundation nor Devos’ spokeswoman at the U.S. Department of Education responded to requests for comment.)

“Their messaging is very savvy, but I’m hoping that unions and dedicated teachers will see beyond that.”

The Freedom Foundation and the Mackinac Center have also both received contributions from Donors Trust, a charitable organization funded by conservative donors, including the billionaire brothers Charles and David Koch, that supports conservative and libertarian organizations.

“When educators are aware of who’s funding [these anti-union campaigns], and what their agendas are, then the charade of these emails falls away pretty quickly,” said Adam Mendelson, a spokesperson for the Maryland State Education Association.

Chapman, the teacher from Massachusetts, thinks most teachers will want to stay in the union, but she is worried about new teachers and people who might want to save money.

“Their messaging is very savvy, but I’m hoping that unions and dedicated teachers will see beyond that,” she said.

Some school districts are taking steps to stem the flow of these messages. In Anne Arundel County, Maryland, the school system blocked opt-out emails after the state union alerted the district that teachers were receiving them, said Bob Mosier, a spokesman for the district.

The emails note clearly that they are commercial messages, which the district blocks as a rule, said Mosier. Teachers “shouldn’t have to wade through the electronic equivalent of junk mail,” he said.

Gary Brennan, a social studies teacher in Frederick County, Maryland, says he hopes more school districts take these steps. Communication from these groups is “just totally unwanted,” said Brennan, a union member for 32 years. “We have a lot of work to do. We don’t have time to be sorting through false information from partisan groups.”

Sarah Schwartz is a reporter for Education Week who covers the teaching profession. She writes for the Teaching Now blog.