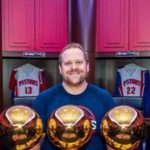 Column: 2016 is making me rethink how I teach elections

Editor’s Note: Assigning students to watch the presidential debates and discussing candidate’s platforms have been fairly commonplace practices for most U.S. government and civics teachers — until Election 2016.

Ryan Werenka teaches AP U.S. government and economics at Troy High School in Troy, Michigan, a suburb of Detroit. In 17 years of teaching social studies, Werenka said that this year’s presidential race has made him rethink how he teaches about elections.

I have a confession to make: I love politics. There, I said it, and I’m proud of it. My love of presidential politics goes all the way back to the 1984 presidential campaign, when my neighbor rode his bike to my house adorned with a ‘Mondale for President’ bumper sticker.

When I was 14 years old, I volunteered on my first political campaign and have worked on campaigns ever since. The point of telling you this is to demonstrate how much I look forward to election years, although the presidential campaign of 2016 is making me rethink my position.

I have taught about contentious elections before — 2000 and 2004 come to mind. The negativity and vitriol of this campaign is much worse.

Teaching about the political process, campaigns and elections, and the democratic process is why I became a government teacher. I have taught about contentious elections before — 2000 and 2004 come to mind. The negativity and vitriol of this campaign is much worse.

Social studies teachers in my district and all over the country are having a difficult time figuring out how to teach this election. Teachers don’t want to offend students or parents who may have strong beliefs about the major party candidates or be accused of presenting materials in a biased manner.

To be clear, I am not afraid to teach controversy or controversial issues, but I can empathize with less experienced teachers. My recommendation to teachers in my district is to teach the electoral process without indulging in the personality contest and to emphasize that we need more civility in our political process.

Studying the candidates’ issue profiles and asking students to examine the feasibility of their plans is a valuable lesson about political campaigns versus governing.

This issues-focused approach is useful because voters are obviously upset with the federal government and feel betrayed by politicians. Studying the candidates’ issue profiles and asking students to examine the feasibility of their plans is a valuable lesson about political campaigns versus governing.

I also teach my students how to disagree on issues without resorting to personal attacks. Recently, I ran a lesson on potential Constitutional amendments where I argued against the proposals favored by my students. They made strong, principled arguments in favor of the amendments, and I responded with forceful, substantive rebuttals. Training students to have civil discussions that avoid turning into venomous personal attacks is an important contrast to what we have witnessed in the presidential and vice presidential debates.

I teach my students how to disagree on issues without resorting to personal attacks.

Finally, I try to get students to think about America beyond Nov. 8. On Jan. 20, 2017, our new president will face a polarized country and a daunting set of public policy challenges. Regardless of the winner and the voters’ level of satisfaction, it is important to teach that our Constitution and democratic process will endure.

My hope is that American voters participate on Election Day in large numbers with the dignity that this great country deserves. I also hope that potential 2020 candidates have paid close attention to this campaign and keep in mind the impact that their campaign and behavior has on students and teachers.

Left: Hostra University students playing the roles of the candidates and moderator before the first U.S. presidential debate in Hempstead, New York. Photo by Rick Wilking/Reuters

Ryan Werenka has been teaching social studies for 17 years. He is the social studies department head at Troy High School in Troy, Michigan. Werenka is also a husband, father, alum of Western Michigan University and a die-hard Detroit Pistons fan.