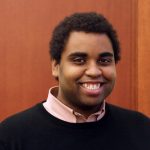 Teachers in Fresno, California, and Des Moines, Iowa, have come out against their districts’ efforts to reform how students are disciplined. As we’ve reported, teachers in Indianapolis and New York City registered similar complaints earlier this year. Teachers are arguing that efforts to change student-disciplinary practices—largely in an attempt to address big racial disparities in who gets suspended and expelled—are making their classrooms harder to manage.

The Fresno Bee reports that at the same time district leaders were touting the results from a restorative justice program at one of their high schools, teachers at that high school were circulating a petition demanding a policy reversal. In all, the newspaper reports that at least 70 of the school’s 85 teachers signed the petition against the restorative justice program, a discipline approach that emphasizes having students reflect on their misdeeds and come up with ways to repair the harm they’ve caused.

“There is not a well-defined plan for dealing with student misbehavior, discipline is not consistently enforced, and there is a lack of communication on disciplinary issues. Students are returned to class without consequence after assaulting teachers, both verbally and physically,” the petition declares. “When students face no accountability measures, it undermines the authority of all teachers, and creates a negative campus culture.

One teacher at the high school told the newspaper that she called for a school resource officer—those are police officers stationed in schools—to handle an alleged theft. She said she overheard a student say, “Don’t worry, they won’t do anything.”

One of the school’s veteran teachers told the Bee that many of the school’s educators believe in the ideals of the restorative justice program, but think that the program is being poorly implemented.

District administrators point to drastically lower suspension and expulsion rates and higher graduation rates as proof that the program is in fact working. But earlier this year, Tish Rice, the president of the Fresno Teachers Association, called it all a numbers game.

“Our educators are crying out for help and should not have to wait any longer for the district to create an environment free of violence,” Rice said at a press conference. “The issue is a directive coming from district leadership to get expulsions and suspensions down because there’s this comparison and competition. So now folks are chasing after metrics instead of dealing with the root causes of the behaviors.”

Union leaders in Des Moines have struck a similar tone. The Des Moines Register reports that teachers— and parents—there say that the discipline changes have resulted in kids screaming at and hitting each other and their teachers.

District leaders acknowledge the gripes, but are sticking by the goals of the new discipline code.

“The line we are drawing in the sand is, unless it’s for safety and security, removing students from class does not diminish problem behavior,” Jake Troja, the director of school climate transformation at Des Moines Public Schools, told the Register. “Sometimes it works out well, and sometimes it gets messy. That’s currently where we are at.”

Left: The U.S. departments of Justice and Education have released new guidelines for policing in schools, aimed at dialing back zero tolerance policies that disproportionately impact students of color. Photo by Flickr user Robert Couse-Baker

Emmanuel Felton is a contributing writer at Education Week and is a staff writer at the Hechinger Report. Prior to joining The Hechinger Report, he covered education, juvenile justice and child services for the New York World. He received a bachelor’s degree from Emory University and a master’s from Columbia University’s Graduate School of Journalism.