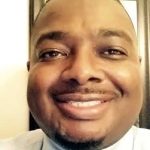 Editor’s note: Veterans Day honors those who have served in the United States military. Many veterans take up teaching when they return to civilian life.

Darrell Jones served in the U.S. Air Force for more than 20 years. He worked as an aircraft mechanic and retired as a technical sergeant E-6 before training to be a teacher. He is in his second year teaching seventh grade history at Armstrong Middle School in Starkville, Mississippi. 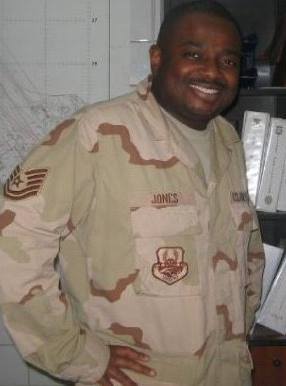 Each year our middle school participates in our high school’s homecoming festivities. Spirit Week is a popular, week-long celebration in which the students are encouraged to celebrate a different theme each day. The theme for one day during the 2015 homecoming week was “What do you want to be when you grow up?”

On this day, one of my seventh grade students came to school wearing an Air Force BDU (Battle Dress Uniform) shirt with her last name on the right-hand pocket. This put a smile on my face. I was instantly flooded with memories of my own 20 years of service in the Air Force as a KC-135 crew chief. I liken it to being a pit crew member for a big flying gas station.

I asked the student who the shirt belonged to and she proudly said, “My dad was in the Air Force before he became a detective.” I asked her if she plans on joining the military, and although she was non-committal, I could tell she has a great respect for veterans like her father and myself.

I was on active duty in the military from 1991-2011, and have traveled the world in service to my country. I have deployed over two dozen times, before we even really knew what terrorism was.

I grew up on the east side of Buffalo, New York, and graduated high school in 1988. I spent three years in college majoring in partying and sleeping, earning a dismal 1.79 GPA instead of a degree. One day I woke up and realized that I could do better. On January 7, 1991, I embarked on the hardest, craziest and greatest journey of my life. I joined the military.

After I retired in 2011, I was determined to finish what I started so many years before. I used my G.I. Bill benefit and started working on my degree at East Mississippi Community College. After I earned my associate degree, I enrolled at Mississippi State University (MSU). I graduated from MSU in 2014 with a degree in secondary education (and a respectable 3.25 GPA). I started teaching seventh grade U.S. history here in Mississippi in August of 2014.

As I think back to that day during homecoming week when my student wore her father’s shirt, I am aware of how my personal past has an effect on my professional interactions with my students and their parents. Every year I send home a letter to the parents explaining opportunities for extra credit, expectations and a short autobiography. I want them to know who their children are spending part of their day with.

I have come to realize that including my military service in that letter gives them a sense of comfort and security. They know that someone who spent almost half of his life defending the people of our country will be just as dedicated to his students. This is not a trust I take lightly. When my students ask if I have any children, I always say, “Yup…130! 128 of you guys and two of my own.”

I am also cognizant of the fact that I am not from the South. I am a Yankee through and through. In my room I proudly fly four flags: the U.S. flag, the Knicks, the Mets and the Bills. My kids are fond of telling me, “You talk funny, Mr. Jones!” to which I always just laugh and launch into my fake Southern accent until they beg me to stop. With so many differences and hurdles to overcome, I always know I have their respect because of my experiences and background.

I am usually the first veteran they have met or at least the only who talks about his service. I consider it my duty to make 9/11 relevant to them and to remind them that Veterans Day is to honor all who have served. Every Friday after our daily goals have been met, we have what I like to call “Free Learn Fridays,” where we discuss any historical topic they wish to learn about. After aliens, Bigfoot and the Illuminati, the discussion always turns to my experiences in the military. It is through my life that they experience the world from our classroom and that is pretty remarkable to me.

People ask me all the time why I became a teacher after working hard in the military for 20 years. I say that just like my student’s dad who became law enforcement after he left the military, I want to continue to serve my country and take care of our children.

Darrell Jones teaches U.S. history at Armstrong Middle School in Starkville, Mississippi. He worked as an aircraft mechanic and retired as a technical sergeant E-6 before becoming a history teacher.