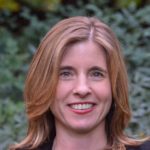 Column: Would I pass the college remediation placement test?

After researching how students are placed in remediation classes, I began to wonder how someone who already has a college degree would do on such a test.

So I decided to take the Accuplacer. (Take some sample questions here.)

I have a bachelor’s degree from Amherst College, a private, selective, liberal arts school. Amherst didn’t make me take any placement tests. The more selective the college, the less likely a student is to take a placement test. The idea is that those students have already proved they’re ready, through high school grades and scores on tests such as the SAT and ACT.

There’s an entire industry devoted to helping young people get ready for the SAT and ACT. Some parents pay thousands of dollars for their kids to get test prep and tutoring. But if you’re someone who has to take the Accuplacer test, chances are no one is paying for fancy test preparation.

Some parents pay thousands of dollars for their kids to get test prep and tutoring. But if you’re someone who has to take the Accuplacer test, chances are no one is paying for fancy test preparation.

In fact, many people who take the Accuplacer have never even heard of the test until they go to their local community college to enroll and are told to walk down the hall and take it. And yet, this may be the highest stakes test they ever take.

I arranged to take the Accuplacer at the Community College of Baltimore County. I arrived on a cold and snowy day, feeling nervous. I last took a test more than 20 years ago.

I met with a counselor who explained the basics. The test is on a computer. It has three parts and all the questions are multiple choice. There’s a sentence skills section and a reading skills section, 20 questions each. And then a math section. You start with high school algebra. If you do well on the algebra part, you get kicked up to college math. If you don’t do well on algebra, you get a set of questions that test your arithmetic skills.

The test took me one hour and 48 minutes. You’re allowed to take as much time as you want, but the counselor told me to expect to spend about an hour and a half on it. So I went slow.

I was pretty sure I did well on the reading and sentence skills sections, but I found a few of the questions tricky. And on the math, I thought I must have done decently on the algebra part because I had clearly been kicked up to the college math section, and once I got there I was mostly guessing.

I was handed a score report as soon as I walked out of the testing room. Then I headed to a counselor’s office to find out what it meant.

I did well on the English sections, but not perfect. A few of those tricky questions got me.

The counselor told me I’d be in remedial math.

I wasn’t really surprised. I never took math in college. My bachelor’s degree is in English, and college math was not something I needed to graduate. It’s not something I’ve needed for the kind of math I do in my job, either.

But if I wanted to enroll at the Community College of Baltimore County so I could change careers — say I wanted to become a nurse or an art teacher — I would have to pass a college-level math class. And my Accuplacer score indicates I’d need a developmental math class first.

It turns out I wouldn’t have to take developmental math though. Someone who already has a bachelor’s degree is exempt from taking the placement test. So even though my bachelor’s degree included no math at all, I could have used it as proof that I deserve to go straight into college-level math.

If a certain level of math skill is required for college, and the test measures that level of skill, why shouldn’t I have to take developmental math like everyone else with a similar test score?

This doesn’t really make sense. If a certain level of math skill is required for college and the test measures that level of skill, why shouldn’t I have to take developmental math like everyone else with a similar test score?

This excerpt first appeared on American Public Media’s APMReports. Read the original article and listen to the radio program here.