April 10, 1939, marks the publication date of “Alcoholics Anonymous: The Story of How Many Thousands of Men and Women Have Recovered from Alcoholism.” One of the best-selling books of all time (it has sold more than 30 million copies), the volume is better known to millions of recovering alcoholics and addicts as “the Big Book.” Its influence on the world’s health and the treatment of alcoholism and other addictions is immeasurable. In 2011, Time magazine placed the Big Book on its 100 most influential books written in English since 1923 (not coincidentally the year the magazine was founded). In 2012, the Library of Congress designated it as one of the 88 books that shaped America.

The book’s copyright application, filed April 19, 1939, lists William G. (“Bill”) Wilson, the co-founder of Alcoholics Anonymous, as the sole author. In reality, the book was very much a group effort. Dozens of recovering alcoholics, many who attended the earliest AA meetings and who had an average sobriety time of 1 to 1.5 years, helped Bill Wilson with the writing of the book in 1938. Their express purpose was to spread the life-saving premises of Alcoholics Anonymous.

The heart of the Big Book can be found in the first 164 pages, which outlines the now famous 12 steps of recovery; advice to the alcoholic’s spouse, family and employer; as well as counsel for the agnostic who seeks the spirituality felt to be necessary for those seeking recovery but who has questions about the existence of a higher power. Equally compelling is the compendium of personal stories that follows these chapters and which was designed to give “experience, strength and hope” to those seeking recovery. 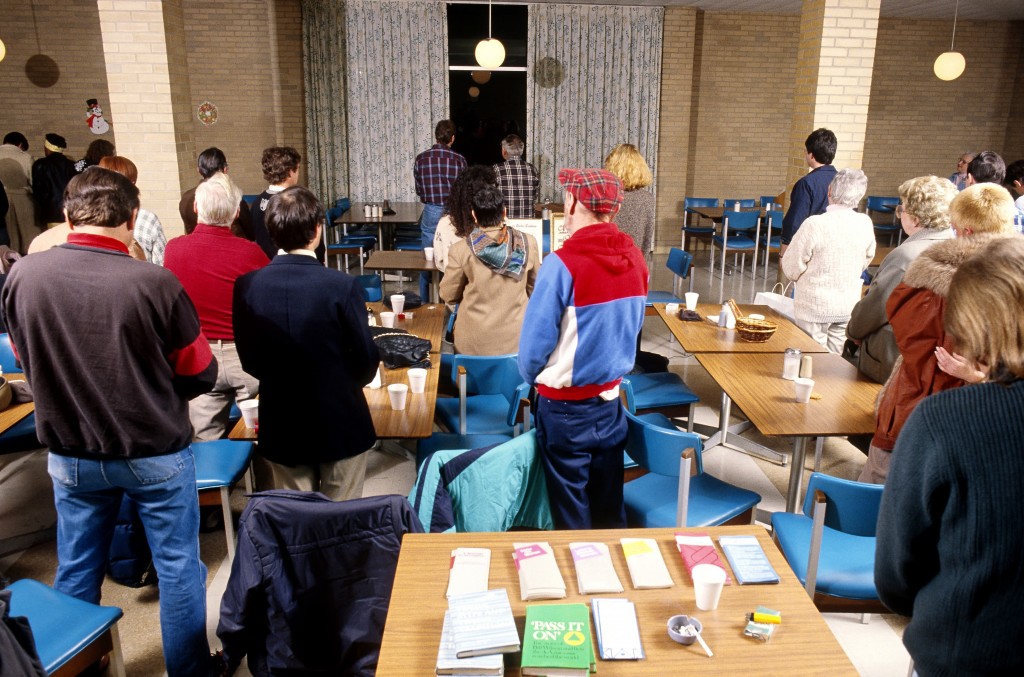 The now famous 12 steps for recovery from alcoholism was introduced in the book “Alcoholics Anonymous” in 1939. Photo illustration by Getty Images

One of the best-known stories about AA’s origins concerns a business trip to Akron, Ohio, made by the newly recovering Bill Wilson in 1935. Stuck in the hotel lobby, between a bar and a phone booth with a registry of local churches, he began calling the various clergymen to inquire if they would recommend a suffering alcoholic he could work with in order to buttress his own sobriety. It took more than a few calls, but he was finally given the name of a once successful and now well-oiled surgeon named Bob Smith. Bill went over to Dr. Bob’s house and history was made. The two initially recruited other suffering alcoholics both in New York and Akron. With time and support by many physicians, journalists and the philanthropy of John D. Rockefeller Jr., AA chapters sprung up across North America.

Less well known, however, was Wilson’s incredible “spiritual experience” while being treated for alcoholism in the Towns Hospital of New York City. Many historians argue it was this miraculous moment that really gave birth to Alcoholics Anonymous and the influential book it spawned.

By the early 1930s, Wilson was a full-blown alcoholic, consuming more than two quarts of whiskey a day. Between 1933 and 1934, he was admitted to Towns Hospital four different times. Although he made some progress in temporarily abstaining, he relapsed after each of the first three hospitalizations.

In early December of 1934, Wilson reunited with a drinking buddy named Ebby Thacher. Thacher told him that he quit alcohol thanks to the help of the Oxford Group, a church-based association devoted to living a life guided by Christianity. As a way of showing Wilson his new life, Thacher took him to the Calvary Mission, where the most drunken of New York’s Depression-era down-and-outers went to be fed and, it was hoped, “saved.”

A few days later, a drunken Wilson staggered back into the Towns Hospital. His physician, William D. Silkworth, sedated him with chloral hydrate and paraldehyde, along with a regimen of pills, cathartics and tincture of belladonna. The latter was thought to cure people of alcoholism even though it causes hallucinations when given in high and frequent doses.

On the third day of his treatment, Wilson had his now famous spiritual awakening. Earlier that evening, Thacher had visited and tried to persuade Wilson to turn himself over to the care of a Christian deity who would liberate him from the ravages of alcohol. Hours later, depressed and delirious, Wilson cried out: “I’ll do anything! Anything at all! If there be a God, let him show himself!” He then witnessed a blinding light and felt an ecstatic sense of freedom and peace. When Wilson told Dr. Silkworth about the event, the physician responded: “Something has happened to you I don’t understand. But you had better hang on to it.”

Hang on to it he did. Indeed, this experience ultimately led Wilson to abstain from alcohol for the remaining 36 years of his life and to co-create the novel program whereby one alcoholic helps another through a commitment to absolute honesty and a belief that a higher power can help one achieve sobriety.

The skeptical have dismissed Bill Wilson’s spiritual awakening, sobriety and even the remarkably important book he helped write, as mere products of belladonna hallucinations; others have argued that it was the result of delirium tremens or the symptoms of alcohol withdrawal. Wiser men and women have accepted that something else happened to Bill Wilson on that long ago night, something that medical science simply cannot explain.

In the end, millions of people around the world who have benefited from Alcoholics Anonymous, and the life-changing book bearing its name, would say that such pharmacological, physical or spiritual parsing hardly matters. For them, the most important thing is that it worked.

Left: The 1939 first edition, first printing of Alcoholics Anonymous by Bill Wilson from 1939, known as the Big Book. Photo by Flickr user AbeBooks