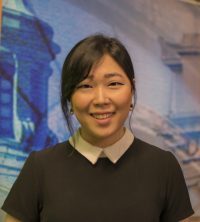 As thousands of Super Bowl XLIX spectators flood into Phoenix for Sunday’s game, health officials are on high alert to make sure the flare-up of measles in the state doesn’t get worse.

As of Friday, officials confirmed seven measles cases in the state, Arizona Department of Health Services’ Director Will Humble wrote in a blog post. The Arizona cases have been linked to the outbreak that began at the Disneyland theme park in Southern California in January.

Arizona health officials are currently monitoring as many as 1,000 people who may have been exposed to the highly contagious disease and warned the public to monitor themselves and children for signs of the virus.

Meanwhile, an estimated one million people are expected to be in and around the city of Phoenix for Super Bowl-related festivities, in addition to the 73,000 people who will pack into the University of Phoenix Stadium in Glendale, Ariz., for the big game.

“This is a critical point in this outbreak,”  Humble wrote. “If the public health system and medical community are able to identify every single susceptible case and get them into isolation, we have a chance of stopping this outbreak here. However, if we miss any potential cases and some of them go to a congregate setting with numerous susceptible contacts, we could be in for a long and protracted outbreak.”

In a phone call with reporters on Thursday, Dr. Anne Schuchat, a Centers for Disease Control and Prevention official asked anyone with symptoms of the measles virus not attend the Super Bowl. “The very large outbreaks we’ve seen around the world often started with a small number of cases,” she said.

Arizona officials are recommending any unvaccinated individual exposed to measles not attend work, school or spend time in public places during the virus’ 21-day incubation period.

Left: Football fans pose in the pouring rain in front of an NFL Super Bowl XLIX sign in downtown Phoenix, Arizona Fri. Jan.30. Just days before the Super Bowl, health officials have warned of a potential outbreak of measles. Photo by REUTERS/Lucy Nicholson.