As COVID cases surge again, here’s how vaccinations are rising

After more than a dozen weeks of new COVID vaccinations declining in the United States, public health experts are encouraged to be seeing a small uptick in shots. But with the more transmissible delta variant fueling steep spikes in cases in places where vaccination rates are low, experts also insist more must still be done.

Nationwide, there has been a 55-percent increase in the average number of new people getting vaccinated daily, President Joe Biden said during a news conference Tuesday, adding that some of the hardest hit states are now reporting as much as a doubling in the rate of new vaccinations.

Florida surpassed its previous record for coronavirus hospitalizations on Tuesday, and the Associated Press reported that 95 percent of recent hospitalizations have been among the unvaccinated, who have also made up almost all recent deaths across the country. Republican Gov. Ron DeSantis has lately encouraged Floridians to get vaccinated, but also rejected calls to mandate masks to slow the virus’ spread in his state. Last week, the Centers for Disease Control changed its guidance on masking to recommend that everyone, regardless of vaccination status, wear one in indoor, public settings where virus transmission is high.

READ MORE: Why the CDC recommends wearing masks indoors even if you’ve been fully vaccinated against COVID-19

Outbreaks driven by the delta variant began to bloom last month in parts of the country with especially low vaccination rates. Health care workers in Arkansas said their COVID intensive care beds were filled once again. In Missouri, hospitals scrambled to find enough ventilators to help patients struggling to breathe. In both states, less than half of the population has gotten at least one shot. 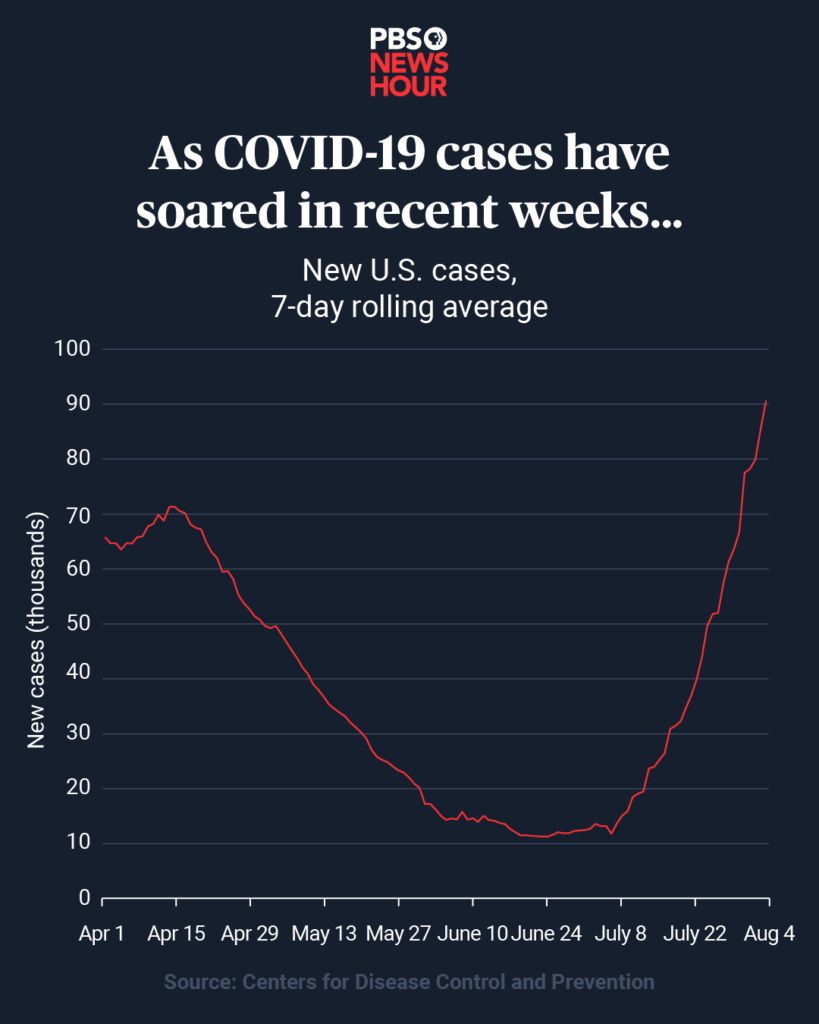 Vaccines are the most powerful tool available to slow the virus’ spread and reduce the opportunities the virus has to mutate into an even more dangerous variant. But after an initial rush among millions in the U.S. to get vaccinated during the winter and spring, enthusiasm cooled and the rate began to slow.

In March, Biden announced he wanted to see 70 percent of U.S. adults vaccinated by the Fourth of July — a goal the nation just hit on Monday, a month late. 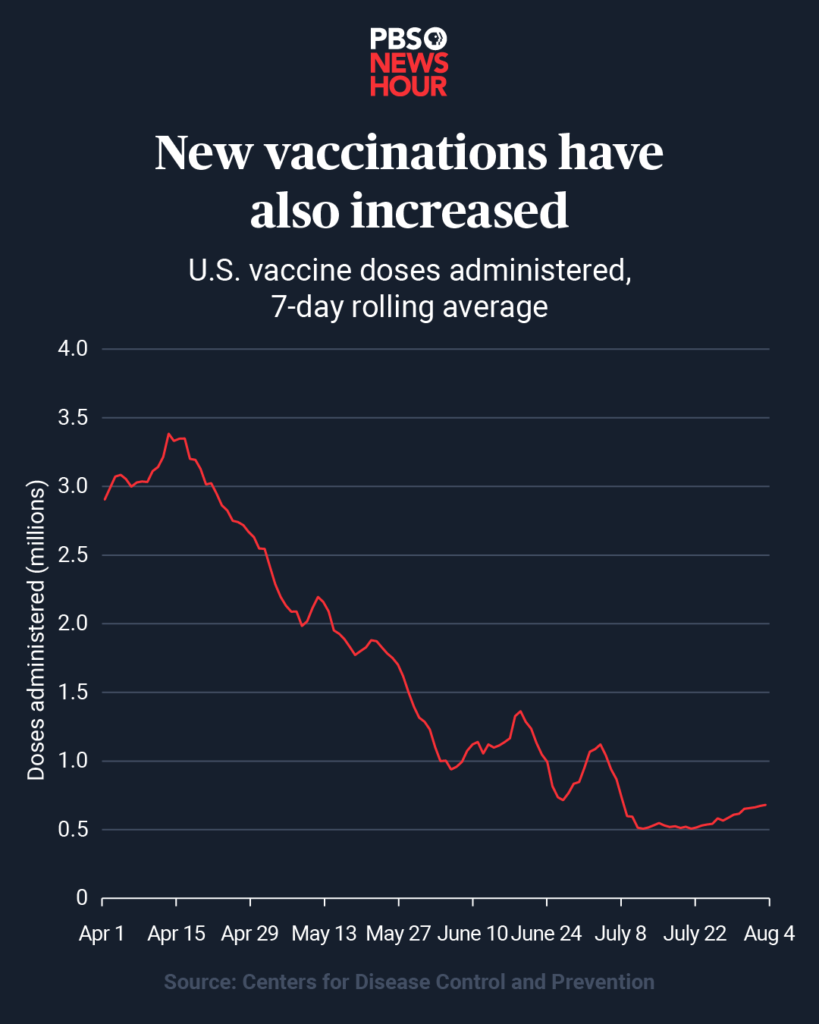 “People are dying or will die who don’t have to die,” Biden said Tuesday, who added that if people are vaccinated, they are “highly unlikely to get COVID-19.”

“Public health works when it’s invisible, when we have prevented something from happening,” Wen said.

A study of a recent outbreak in Provincetown, Massachusetts, found that out of 469 people diagnosed with COVID-19, three-quarters were fully vaccinated. Breakthrough infections are still rare, and Wen noted that people need to factor in how many people were exposed to the virus and did not get infected. And of those who were inoculated but sick, four were hospitalized and none died.

“The vaccines did exactly what they were supposed to do,” she said. “If they were not vaccinated, we wouldn’t see a handful of hospitalizations — we’d see dozens.”