Assessing Your Risk of Alzheimer’s Disease 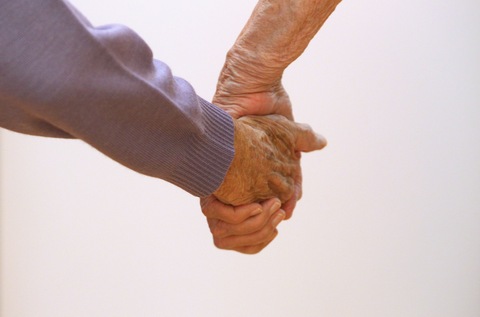 A new study shows that Americans spent as much as $215 billion on care for dementia patients in 2010 and that costs are rising steeply.

Alzheimer’s disease can’t be prevented or cured, and it ranks second only to cancer among diseases that people fear. Still, a study last year found that about two-thirds of respondents would want to know if they were destined to get the disease.

Although there are no definitive tests that predict whether most people will get the disease, people sometimes want such information for legal and financial planning purposes or to help weigh the need for long-term-care insurance. The cost of the disease can be staggering, as a new national study suggests. The researchers found that Americans spent “$41,000 to $56,000 per case, with a total cost of $159 billion to $215 billion nationwide in 2010,” and those costs are rising steeply.

Current tests to identify the risk of developing Alzheimer’s disease when no symptoms are present provide only limited information, and health insurance generally doesn’t cover them. But that’s not stopping some people from trying to learn more.

Alzheimer’s disease, the most common form of dementia, gradually robs people of their memory and other intellectual capabilities. Most of the 5 million people who have Alzheimer’s developed it after age 60. In these cases, the disease is likely caused by a combination of genetic, lifestyle and environmental factors. About 5 percent of Alzheimer’s patients have inherited an early-onset form that is generally linked to a mutation on one of three chromosomes.

Research suggests that the brain may show signs of Alzheimer’s decades before obvious symptoms appear. Scans can identify the presence of beta-amyloid, a protein that is often deposited in the brains of people with the disease, for example. Changes in proteins in the blood or cerebrospinal fluid may also be associated with Alzheimer’s disease.

But tests to measure these changes are available only in a research setting, and insurance typically doesn’t cover them. James Cross, head of national medical policy and operations for Aetna, says his company “does not consider blood tests or brain scans medically necessary for diagnosing or assessing Alzheimer’s disease in symptomatic or asymptomatic people because the clinical value of these remains unproven.”

Genetic testing is somewhat easier to arrange, but insurers generally won’t pay for it, either.

“Before anyone has genetic testing, they should get life insurance and long-term-care insurance,” says Jill Goldman, a certified genetic counselor at the Taub Institute at Columbia University Medical Center.

Genetic testing for late-onset Alzheimer’s involves one gene, the apolipoprotein E (APOE) gene on the 19th chromosome. The gene comes in three different forms — E2, E3 and E4. Everyone inherits one form, or allele, from each parent. Having one or two of the E4 variants can increase a person’s risk of developing Alzheimer’s disease three to 15 times.

But sometimes people want information, even if it’s inconclusive.

Brian Moore, whose father died of Alzheimer’s at age 89, wanted to know more about his genetic risk for the disease. Moore, 48, was better equipped than most to understand the testing: A neuropathologist who co-chairs the department of pathology at Southern Illinois University’s School of Medicine, he has performed hundreds of autopsies on the brains of people who died of Alzheimer’s disease.

Moore contacted 23andMe, a company that for $299 offered a genetic analysis of a person’s risk for more than 100 diseases and conditions, including Alzheimer’s, based on the APOE gene (23andMe says that test is now priced at $99). The company sent him a specimen kit with a container for saliva collection that he then sent to a lab for analysis. About six weeks later, he logged on to the company’s Web site and learned that he has two E3 alleles, the most common variants, which means that his Alzheimer’s risk is average, at least as it relates to the APOE gene.

“It was reassuring,” he says. “I know it’s not determinant, and environment and lifestyle also play a role. But at least I have that base covered.”

The National Society of Genetic Counselors and the American College of Medical Genetics practice guidelines recommend against direct-to-consumer APOE testing for late-onset Alzheimer’s, in part because of difficulty interpreting the results.

Ashley Gould, 23andMe’s vice president of corporate development and chief legal officer, says that if people want help understanding their results, genetic counselors are available. The service is available by phone for a fee based on the level of service.

But in the case of the APOE gene, some experts say, the information isn’t all that helpful.

“The things we know that really impact the disease are related to lifestyle,” says George Perry, dean and professor of biology at the University of Texas at San Antonio, who is the editor-in-chief of the Journal of Alzheimer’s Disease. “Be mentally and physically active, eat a diet rich in fruit and vegetables. These reduce the risk of developing the disease by at least half.”

Nevadans ordered to stay at home

How accurate are China’s virus numbers?

Trump resists national shutdown, leaving it up to states