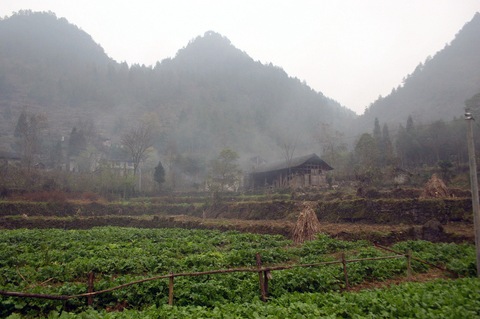 A synthetic biology breakthrough, achieved at laboratories in northern California, could expand access to malaria treatment around the globe beginning in 2012.

Scientists at the University of California, Berkeley, and the biotech start-up Amyris developed a process to manufacture artemisinin, a crucial ingredient in first-line malaria drugs that until now had to be extracted from a natural crop called sweet wormwood.

Nearly one million people die each year around the world from malaria, despite the existence of effective drugs against the disease. One reason is the lack of access to affordable treatment with artemisinin combination therapy.

Fluctuations in the annual crop output of sweet wormwood, a fern-like plant grown mostly in China and Vietnam, have caused instability in the market price for these malaria drugs. Shortages of the crop can also lead to shortages of the medicine. 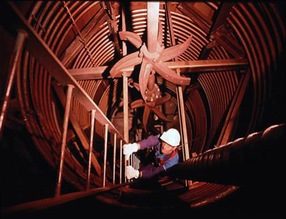 The new semi-synthetic artemisinin, produced in large-scale fermintation tanks (pictured to the right) from engineered synthetic microbes, successfully entered the production phase through a public-private partnership with the drug company sanofi-aventis earlier this year. It is considered “semi-synthetic” because it is uses natural substances in the process.

It will hit the market beginning in 2012, and those involved with the research hope it will stabilize prices and take the boom and bust nature of artemisinin production out of the malaria treatment equation.

Richard Chin, CEO of the non-profit drug development organization OneWorld Health, said production will ramp up from 20 tons in the first year to 40 tons annually in 2013. His organization coordinated the public-private partnership and development of the technology with funding from the Bill and Melinda Gates Foundation*.

“It will be about half, a little less than half, of the world’s supply and it will alleviate the shortage predicted for next year,” said Chin.

The influx of artemisinin will help make the best quality malaria treatment more affordable for governments and consumers in poor countries, said Dr. Olusoji Adeyi, who runs the affordable malaria medication program at the Global Fund to Fight AIDS, Tuberculosis and Malaria, and is not involved in the research.

“This is a benefit to the consumer, at the country level, and the resources that governments and donors provide can cover more treatments,” said Adeyi.

The project is aiming for an artemisinin market price of about $350 a kilo so that farmers can also stay in business growing sweet wormwood. Currently, Chin said, artemisinin is priced higher than $500 a kilo and climbing because of an anticipated shortage in the crop for next year.

“The price is rising as we speak,” he said.

The high price of artemisinin has played a big role in the lack of access to the combination therapies, Adeyi said, leaving many in malaria endemic areas to turn to the cheap — but now mostly ineffective — chloroÂ­quine malaria treatments.

In many countries, artemisinin combination therapy can still cost anywhere between $4 and $10 for the consumer, while chloroquine costs around 50 cents. The difference in price makes the higher quality drug prohibitively expensive to most people in malaria endemic areas, Adeyi said.

The Global Fund has designed a financing mechanism to reduce those prices, which is showing good success so far in its pilot stage, but Adeyi said any expansion of access to medication will require a steady dependable supply of artemisinin like what the semi-synthetic roll out could provide.

The project intends to be a complimentary source of artemisinin for malaria drugs, not to edge natural artemisinin out of the market.

“We are not trying to make it a monopoly,” Chin said. “We don’t want to lower [the price] below a point where it is fair to the farmers.”

Through the partnership, sanofi-aventis is producing the artemisinin on a large scale, and has agreed to sell it at production price in a fair manner to any qualified drug producer who promises to use it in combination therapy.

The company will also be able to use the ingredient for its own manufacturing purposes. Amyris has also benefited from the project, and is now using the technology developed for the malaria project for work on synthetic fuels. But, says Chin, the real payoff for all the groups involved will come when effective treatment starts to drive down transmission of new malaria cases, and he hopes it will encourage other drug companies and institutions to get involved in global health research down the road.

“The ultimate goal is eradication,” Chin said. “To make malaria a forgotten disease would be incredible.”

*For the record, the PBS NewsHour’s global health unit is funded by the Bill and Melinda Gates Foundation.

After making landfall in Mexico, Zeta headed for Louisiana