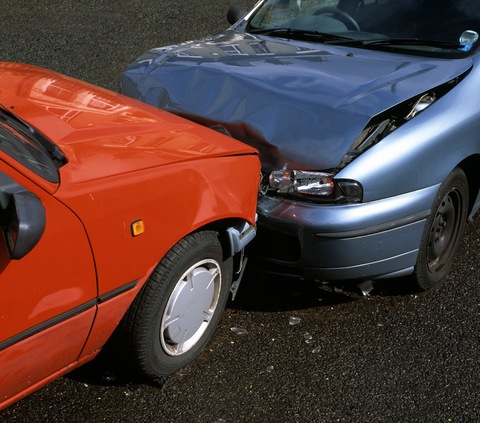 Death and taxes. The two certainties in life, as Benjamin Franklin once said.

But new research suggests another link between the two: Americans are about six percent more likely to be in a fatal car crash on Tax Day compared to the week before or after, according to a letter published in the Journal of the American Medical Association.

That equates to an average of 13 more deaths nationwide, said Dr. Donald Redelmeier, a professor of medicine at the University of Toronto who took an interest in the phenomenon after working as an emergency room physician. He and medical student Christopher Yarnell perused the National Highway Traffic Safety Administration’s crash data from 1980 to 2009 and determined that the increase is comparable to the spike in wrecks seen on Super Bowl Sunday.

But there are some key differences between the two days, Redelmeier said. Primarily alcohol.

The increased risk on Super Bowl Sunday jumps by about 30 to 40 percent in the three to four hours after the game, with alcohol playing a major role in those crashes.

The same doesn’t hold true for Tax Day. In fact, the statistically significant 6 percent increase in crash-related fatalities holds throughout the entire day, whether it is morning, noon, or night. If alcohol was a contributing factor, Redelmeier said, the risk would probably spike in the evening hours when consumption is more frequent.

So why the jump? While the study didn’t analyze the specific cause of the accidents, Redelmeier believes higher stress and the distractions that come with it are to blame.

“Driver error contributes to a majority of [vehicle crash] events, and stress is often speculated as a factor of human error,” said Redelmeier. “That’s what makes Tax Day special. It lets us study large, widespread stress on a single day, on a repeated basis to test how short stress can contribute to driver behavior.”

In particular, for the 20 percent of Americans who do not do their taxes early, the stress of filling out and filing tax forms at the last minute can lead to anxiety, sleep deprivation, a decreased tolerance for hassles, and other factors that contribute to vehicle accidents. And even if you file in advance, you aren’t necessarily immune to the phenomenon, Redelmeier said. The increased risk applies to everyone on the road — no matter when they file or whether they are drivers, passengers, or pedestrians.

However, the risk increase was only observed in adults younger than 65 — presumably because many individuals over the age of 65 no longer have to do taxes, Redelmeier said.

The authors do not believe the higher rate of accidents is due to increased driving on Tax Day. That’s because the risk was more accentuated in the last two decades even though electronic filing has become more common. If anything, the ability to electronically file may actually lead to more filing procrastination and cause even more stress, Redelmeier said.

Given the increased risk, Redelmeier recommends being extra-vigilant of safety practices, such as wearing seat belts and driving under the speed limit.

“In our world, there is no way to avoid stress, but there are lots of ways of making stressful situations worse,” Redelmeier said. “We just want people to be a little more mindful of the distracting abilities of stress in a single day.”

It’s good advice to keep in mind this election year. Redelmeier also said crash rates jump on the day Americans head to the polls to vote for president.