How Removing Trees Can Kill You 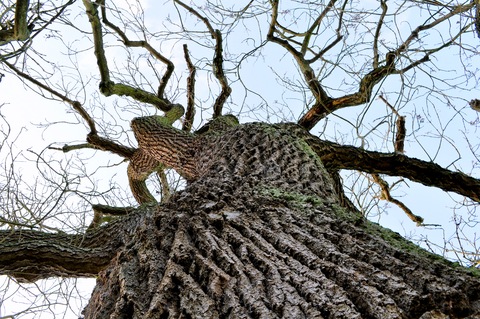 The trees died first. One hundred million of them in the eastern and midwestern United States. The culprit: the emerald ash borer, a beetle that entered the U.S. through Detroit in 2002 and quickly spread to Iowa, New York, Virginia and nearly every state between. The bug attacks all 22 species of North American ash and kills nearly every tree it infests.

Then came the humans. In the 15 states infected with the bug starting, an additional 15,000 people died from cardiovascular disease and 6,000 more from lower respiratory disease compared with uninfected areas of the country.

A team of researchers with the U.S. Forest Service looked at data from 1,296 counties, accounted for the influence of other variables — things like income, race, and education — and came to a simple conclusion: Having fewer trees around may be bad for your health. Their findings, published recently in the American Journal of Preventive Medicine, suggest an associative rather than a direct, causal link between the death of trees and the death of humans.

Geoffrey Donovan, a research forester at the Forest Service’s Pacific Northwest Research Station, joined the NewsHour recently to discuss why.

NEWSHOUR: Geoffrey Donovan, thank you so much for joining us. It’s an interesting premise. What made you want to study this?

DONAVON: Well my basic hypothesis was that trees improve people’s health. And if that’s true, then killing 100 million of them in 10 years should have an effect. So if we take away these 100 million trees, does the health of humans suffer? We found that it does.

Researchers have shown this in other ways in the past. There’s been some famous research showing that people recover faster from surgery and take fewer drugs if their hospital room has a view of trees. Other research — including some of my own — has shown that mothers with more trees around their homes are less likely to have underweight babies. It’s been shown that if you put people in a natural environment, it can reduce their blood pressure, heart rate and other measures of stress. Obviously we also know that trees can improve air quality. And that’s why I looked at these two causes of death. I didn’t look at pancreatic cancer or something like that. I looked at cardiovascular disease and respiratory disease because both can be affected by air quality and stress.

NEWSHOUR: So the emergence of the emerald ash borer presented a new opportunity to study the effect?

DONAVON: Exactly. This is what we call a natural experiment. If the emerald ash borer were to come around your house, you would probably never see it because the beetle itself has no direct effect on people’s health. All it really does is serve as a tree removal agent. It just gets rid of the trees — kills them with no other effects, almost like the trees were beamed up into space or something.

That’s a really unique opportunity. Imagine if you were trying to look at the effect of trees growing on someone’s health and I got 100 people, I put them in 100 identical houses, and I planted trees in front of 50 of those houses and then waited. It would take 40 or 50 years before you found anything because trees grow really slowly. It’s hard to see significant changes quickly. On the other hand, trees die really quickly. That’s why you have this unique opportunity to see a big change in the natural environment in a short amount of time.

NEWSHOUR: And what did you find?

DONOVAN: Increased rates of death from cardiovascular and lower respiratory mortality in the counties with emerald ash borer. And interestingly, what we found was the effect got bigger the longer you had an infestation, which makes sense because it takes two to five years for a tree to die typically.

DONOVAN: I put it in terms of a question. Maybe we want to start thinking of trees as part of our public health infrastructure. Not only do they do the things we would expect like shade our houses and make our neighborhoods more beautiful, but maybe they do something more fundamental. Maybe trees are not only essential for the natural environment but just as essential for our well-being. That’s the message for public health officials.

The only thing that’s new here is we’re trying to quantify it. If you talk to a painter or a poet or a writer, do you think they understand that trees are part of our well-being? Look at things like the tree of life metaphor in the Bible. Look at how often trees get painted as symbols of well-being or used in literature. The idea that trees and humans are linked is as old as humanity. So I think you need to look at my research in that context.

NEWSHOUR: Geoffrey Donovan, thank you so much for joining us.