Can Seawater Solve Our Water Woes? 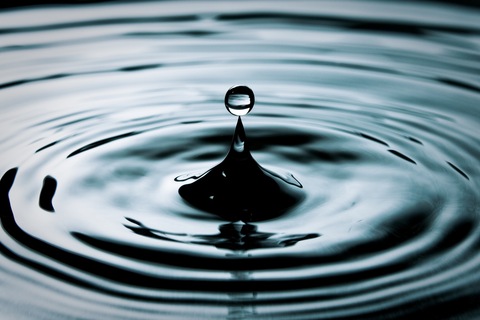 Most of the earth is covered by water, yet more than a third of the global population experiences periodic shortages of the kind used for drinking and agriculture. So why not convert seawater into tap water?

Desalinization of ocean water has been a dream and goal of scientists for decades, but the project takes on more urgency as the fast-growing world population’s water needs outstrip supply. The technology is developing, but not without costs.

Menachem Elimelech, director of the environmental engineering program at Yale University, who co-authored a new Science Magazine review of desalination technology, spoke to the NewsHour about the progress and drawbacks of these tools. Read excerpts from our conversation below:

NewsHour: Where does the world’s fresh water supply stand at this point?

Elimelech: We face a global water shortage. There is plenty of water, but unfortunately it is either in glaciers or seawater, so the fraction, the amount of [fresh] water available for people is relatively very low. About 10 or 15 years ago the supply of water was adequate to meet the world population’s needs but the world’s population has increased dramatically.

In some countries like in sub-Saharan Africa and other developing countries they hardly have any water. So for some places it’s very acute and these are water-scarce countries. Many countries are what is called water-stressed; even in the U.S., Arizona and California are water-stressed states. So this is why people talk about water as the next oil.

NewsHour: How widely is desalination of seawater used currently?

Elimelech: Sea water desalination has been used for many, many years in the Gulf countries, Saudi Arabia, Bahrain, Kuwait. And they were using the older technology called thermal desalinization in which you boil the water, condense it and get [potable] water but it uses a lot, a lot of energy. You need to burn a lot of oil or electricity to do this. They have been using it for many years because they have no other source of water.

Recently, several countries went into ambitious plans to build desalination plants. Israel, they just are finishing the fifth desalination plant along the Mediterranean. Each desalination plant, which uses the new reverse osmosis technology, is huge. They will be producing in Israel 500 million cubic meters per year, and 1 cubic meter is 1,000 liters, so just imagine how much. For them, there was no choice because they were already reusing all the waste water and the only way to provide water for people in agriculture was through seawater desalinization.

Another example is Singapore. They are just finishing their second desalination plant. They are doing it because they are already recycling all their waste water and in Singapore the problem is not that there is not water, the problem is they are getting 50 percent of their water from Malaysia. The relationship between the countries was not the best, since the early ’60s, so they wanted to be independent.

And the last country I mention is Spain. They have 1 billion cubic meters per yer, twice as much as Israel and mostly to meet the demand of agriculture, consumption, tourism and so on. So it’s becoming now a solution for global water shortages for some countries.

NewsHour: Can you walk me through how the reverse osmosis desalination plants work?

Elimelech: I will take you through the tour if you were a water molecule, what steps you would go through until you are tap water.

First you start with an intake — you suck the water from the ocean. And you need to be careful so you will not kill some fish and small organisms that get into the system, so there are some minor environmental impacts. Then you go into what we call pre-treatment. We want to get only the freshwater and separate it from the salt, but seawater also has some suspended matter like suspended particles, organic matter, algae. We call it pretreatment: you add some chemicals, you filter out all this stuff, and then you have mostly water and salt.

Then you get to the heart of the process. Most of the plants, except the ones in the Gulf countries, use reverse osmosis desalination. You have a membrane and the membrane is a very thin plastic film with some some very, very molecular, small holes. Then you apply very, very high pressure.

This is a special membrane that will let only the water molecules go through and will retain all the salt. But some salt will go through; you can remove 99.5 percent, so very little will stay in the water.

The last step before distributing the water you do what we call post treatment where you add some minerals because you removed all the minerals from the water.

Then you get fresh water to drink.

NewsHour: What are the environmental drawbacks of the process?

Elimelech: Desalination uses about three times more energy, electricity, than conventional ways to treat water. For example, if you take water from a lake or a river and treat it, it would be one third of the electricity cost that you need for seawater desalination. So it uses a lot of energy.

The best desalination plants now consume about 3 to 4 what we call kilowatt-hours per cubic meter of fresh water (1,000 liters). So if you have 30 light bulbs, and each consumes 100 watts and you let them run for one hour, this is the total electricity equivalent used to get 1,000 liters of freshwater.

The other concern is when you desalinate seawater — the technology nowadays — you get half of it as freshwater and the other half would be much more concentrated. Also we use a lot of chemicals to clean the membranes to pre-treat, and you add them all to this stream of this concentrated salt water, and then you dump it back into the ocean.

So if you dump into the ocean a very concentrated solution with salt and some chemicals, if you don’t spread it wisely in the seawater….there are many techniques: you can put it through a pipe that goes farther from the coast, you can put it in an area where there is a lot of natural mixing, you can spray the water to mix it well. But if it’s not mixed well it can impact some marine organisms and unfortunately its not well-studied. There is no long-term study, but we worry that it might have an impact on the marine environment.

NewsHour: Given both the environmental costs and the fact that some countries are already water stressed, what are your conclusions about the future of this technology?

Elimelech: Desalination of seawater, because it is energy intensive should always be as a last resort. You need to try all options, water conservation, reuse of waste water, which is cheaper than desalination Transfer of water from one region to another region, as long as there is no ecological impact of transferring the water it is also a solution.

So you need to try all of these. But if you try all of these and still you don’t have enough water, we think desalination could be a really critical component of what is called the water portfolio. Some of the advantages of desalination — you get very high quality water and you take it from a source that is practically infinite. It can be and should be part of the portfolio for water supply but only after all other measures are done.