Why stress may be fueling the childhood asthma epidemic

Editor’s note: This story is part of a joint series by the PBS NewsHour and The Detroit News examining the latest research on the role chronic stress may play in the growing childhood asthma epidemic. Read more on The Detroit News’s website, and watch the full segment on Wednesday’s PBS NewsHour.

Detroit has the highest rate of asthma among young children in America’s 18 largest cities, a problem that experts link to urban ills that could affect their health and learning for the rest of their lives.

In a study done exclusively for The Detroit News and PBS NewsHour, researchers from the Johns Hopkins Bloomberg School of Public Health found about 2 of every 3 Motor City children face “adverse childhood experiences,” such as household substance abuse, exposure to violence and extreme economic hardship that can trigger asthma.

Studies have shown that such children are nearly twice as likely to have asthma — the disease that causes breathing difficulties — regardless of the impact of allergens, air quality and other contributing factors.

READ MORE: Epigenetics may be the key to unlocking your DNA’s full potential

It’s part of a growing trend across the nation where asthma rates have exploded since 2001, increasing by 50 percent among African-Americans. The condition has reached epidemic proportions in large urban areas including Phoenix, Philadelphia, Detroit and other major U.S. cities.

More than 24,000 of Detroit’s roughly 193,800 children have asthma or about 12.4 percent. And the Johns Hopkins researchers found more than 77,000 Detroit children, or about 40 percent of all the city’s kids, have experienced two or more stress-fueling conditions. 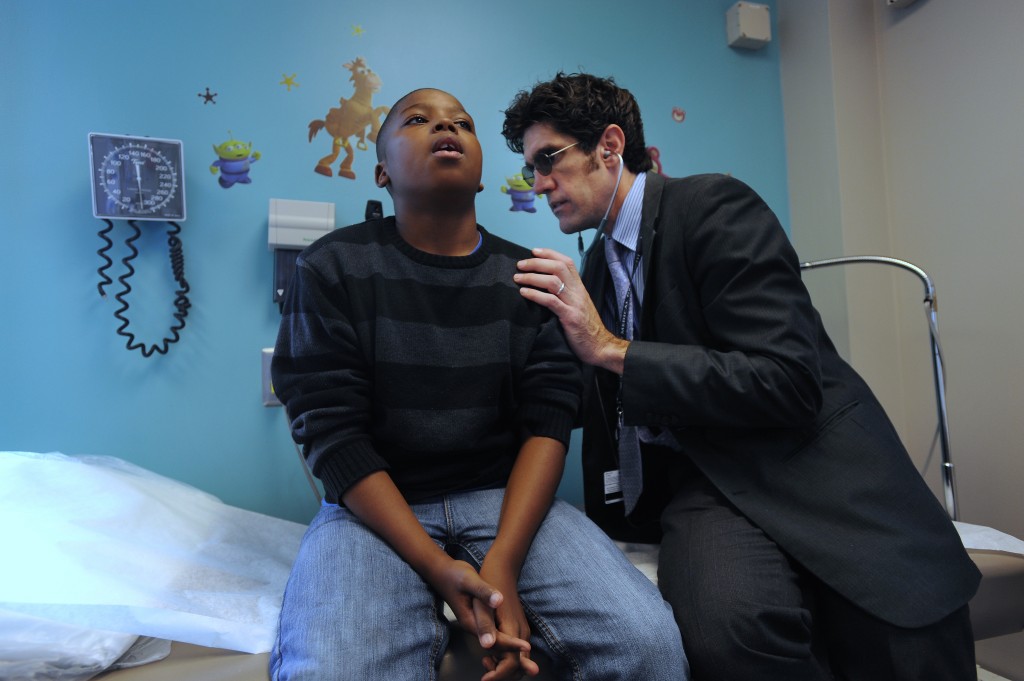 Stress results in the production of cortisol and adrenaline, chemicals that trigger the fight-or-flight response which is necessary to help us survive immediate, short-lived threat or danger.

But prolonged chronic stress leads to heightened production of these chemicals that can kick the immune system into overdrive, resulting in asthma, disrupted brain development and other health problems that have lifelong consequences, scientists say.

Children who struggle to breathe find it hard to play, learn and achieve developmental milestones.

“It feels like I’m hurting, I’m dying,” said Malik Cole, a 9-year-old Detroit boy, about his breathing difficulties. His family was homeless for about a year.

READ MORE: Homelessness, asthma force family to give up children

Elizabeth Secord, division chief for allergy, asthma and immunology at DMC Children’s Hospital of Michigan, said it’s difficult to secure the mental health services or the proper medications to treat the severely asthmatic kids she sees in her clinic.

“It’s almost a mandate that we have social work involved,” Secord said. “The real problem is, the kids with Medicaid (government health insurance for the poor) are the highest risk and have the most trauma, and it’s very difficult to get psychological services for this. Even those with private insurance often have to pay out of pocket.”

Twelve-year-old Cameron Carter of Detroit still suffers from the aftermath of her cousin’s death in an Aug. 31, 2013, drive-by shooting.

Kenis Green Jr. was 12 when an angry neighbor sprayed his front porch with bullets during a family birthday party. Cameron’s brothers, Alexander Carter, now 14, and Christian Carter, now 16, were standing on either side of Kenis when he was shot. Though Cameron was not at the party, she was hospitalized with asthma in the chaotic days after the shooting and again during the one-year anniversary of her cousin’s murder. 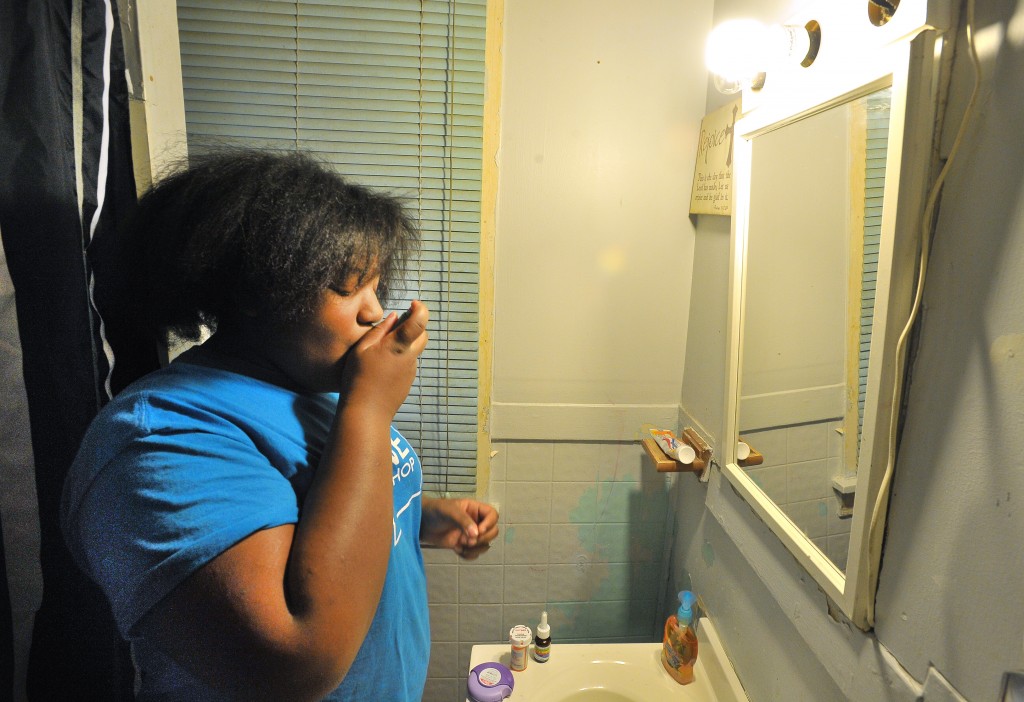 This is not a surprise to Johns Hopkins researchers, who have studied a host of measures associated with the health and well-being of children, such as neighborhood violence and school attendance.

They found nearly 40 percent of Detroit kids are affected by two or more traumatic or stressful experiences, more than any of the largest American cities. Philadelphia came in second with 33.1 percent of children who were similarly traumatized, followed by Phoenix with 31.1 percent.

About two-thirds of Detroit’s kids live in neighborhoods considered safe, the study found, the lowest percentage among the cities studied. The city also has the highest percentage of children — 9.7 percent — who missed 11 days of school or more, according to the Johns Hopkins study.

A year of therapy helped Cameron and her brothers recover from the trauma of Kenis’ death. They attended grief therapy sessions through a St. John Providence Health System program called Open Arms.

Cameron attends weekly dance classes and is learning to better manage her asthma, Carter-Ivory said. Her brothers, Christian and Alexander, were diagnosed with asthma when they were younger but now are symptom-free. Alexander is a starting running back on the River Rouge High School football team, where he wears the No. 32 that Kenis used to wear in youth competition as a tribute to his cousin.

Experts say asthma in Detroit and other troubled urban areas must be fought on multiple fronts, from eliminating environmental triggers such as mold and cigarette smoke, to finding ways to reduce trauma in the lives of children.

Karen Bouffard is a health care writer for the Detroit News.