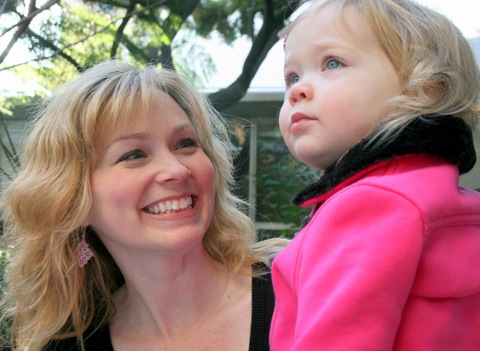 Editor’s Note: As the nation marks National Women’s Health Week, the PBS NewsHour will share the stories of three women — and their doctors — who refused to allow a cancer diagnosis to interfere with a successful pregnancy. These are their stories of hope, perseverance and, ultimately, success.

It’s the kind of pain Gina Danford had spent decades dreading — a cramping, twisting pain in her core that could mean almost anything. Earlier in her life, it had been the first sign of cancer.

Now she prayed for it. Cramping might mean she was finally pregnant despite the odds — that the embryo had implanted successfully. This was her third attempt at in vitro fertilization, and it would probably be her last.

“I thought that having cancer was the hard part,” Danford said. “I wasn’t prepared for the emotional ups and downs of fertility treatment.”

For decades, two statistics had dominated Danford’s life. Close to 120,000 women under the age of 50 are diagnosed with cancer each year. Danford became one of them at age 19. But it wasn’t until her third tumor, at age 30, that she joined a much more exclusive number.

Only 10 percent of women facing cancer treatment take steps to preserve their fertility, according to Dr. Mitchell Rosen, Danford’s reproductive endocrinologist and the director of the UCSF Reproductive Laboratories and Fertility Preservation Program.

Gina Danford’s story ends well — with a little girl who’s playful and stubborn and looks a lot like her. But it very easily could have gone the other way. If not for Rosen and his colleagues, Danford says she might have been part of the 90 percent of women who fail to do anything about their fertility until it’s too late.

The tumor was the size of a small basketball — far larger than the size necessary to turn a 19-year-old’s life of “college classes, papers, and midterms to a world of oncologists, diagnostic tests, and an impending surgery.” It was also enough to destroy her long-term hopes for a husband and a baby and a dog — “the whole shebang.”

Danford spent the next 10 years “healthy and happy.” Then the abdominal pain began, gradually growing so intense she couldn’t get out of bed or stand up straight.

Tests confirmed a second mass — this one situated near her left ovary. It would require immediate surgery.

“I didn’t even consider fertility preservation prior to the surgery. I just wanted the pain to stop,” she said.

Nationwide, those emotions are one of the primary barriers to fertility treatment. Rosen refers to it as the “double blow.”

“Infertility’s bad enough and cancer’s bad enough, but both of them together is quite significant,” he said.

Make that a triple blow. Between the consultations, clinical services, procedures necessary to retrieve eggs, produce embryos and freeze them, the costs can range anywhere from $8,000 to $24,000. And most insurance plans don’t cover a penny of it.

Research developments over the past several decades have made it possible for fertility clinics “to take care of almost anybody,” Rosen said. “So the issue now becomes more of access and cost.”

To find out just how significant the barrier is today, Rosen and his colleagues surveyed 1,041 randomly selected women from the California Cancer Registry between 1993 and 2007. Each was between the ages of 18 and 40 and all suffered from one of five different types of cancer: leukemia, Hodgkin’s disease, Non-Hodgkin Lymphoma, breast cancer, and gastrointestinal cancer.

A total of 918 of the women underwent treatment that could impact fertility, and 61 were told that their ability to conceive in the future might be compromised. But only 1 to 10 percent of them took steps to ensure they could become pregnant in the future, with the rate varying based upon the year of treatment.

In a recent focus group, Rosen asked a collection of women why so many of them hesitated.

“After the fact, all of these women were wishing they had taken more steps to preserve their fertility, but it didn’t even register in their mind when they were preparing for cancer treatment,” he said. “The oncologist might have mentioned it — it just wasn’t in their purview to think about the possibility of what it was going to be like as a survivor.”

Danford can vouch for that feeling. She remembers sitting in Rosen’s fertility clinic in 2006, “completely shell-shocked” after learning she was facing the possibility of cancer for a third time.

The thought of dying nearly blacked out all hopes of being a mother.

In his consultation with Danford, Dr. Rosen laid out the basics: Not every woman with cancer needs to go through fertility preservation, but freezing eggs or freezing embryos is a good option for many. He showed her charts and percentages, and described when the treatment works and when it doesn’t.

All signs pointed toward the likelihood that this would be Danford’s last chance. Her upcoming surgery would require the removal of her remaining ovary, and a complete hysterectomy “was a distinct possibility.”

“I could barely get my head around facing cancer again — let alone facing infertility and menopause at 30,” she said.

So she went for it. Danford and her husband borrowed money from family and put the rest on credit cards.

Having decided upon egg retrieval and embryo cryopreservation, the entire process took about four weeks, fitting like a puzzle piece inside her surgery preparation period.

The typical time span between a cancer diagnosis and treatment is about 50 days. And because Danford’s oncology doctor referred her straight to the fertility clinic — and the two departments coordinated care in the weeks after — there was no delay in her surgery. Egg retrieval took place on a Friday and Danford was in the operating room for her surgery on Monday.

“If that kind of coordination between oncologists and reproductive endocrinologists occurred for every patient, there would never be a delay, there would never be a second thought about whether preserving fertility would jeopardize the health of the patient,” Rosen said. “Cost would still be an issue, but we would be one step closer to getting everybody access.”

Danford may have been among the lucky few, but she wasn’t prepared for the difficulty of fertility treatment.

“I thought, I’m alive and healthy and this is the easy part, and it’s absolutely not,” she said. “It takes a huge emotional toll.” There were more needles, sonograms and blood tests. Lots of waiting. Two failed attempts.

Then one day Rosen’s assistant called and asked Gina to come down to the clinic. And there it was: “a tiny fetus on the fuzzy sonogram screen.”

Nine weeks passed before Danford sat down to write a letter. It was addressed to other women who find themselves “shell-shocked” in Dr. Rosen’s office, wondering if the future is even worth considering.

“Your experience will undoubtedly leave scars,” she wrote, “physical, mental and/or emotional. It took me years to come to peace with the jagged nine-inch scar on my abdomen. What I finally realized is that my scars, visible and invisible, represent who I am. Those scars saved my life.”

They made her a survivor, she wrote. And in a roundabout way, they brought her Samantha. 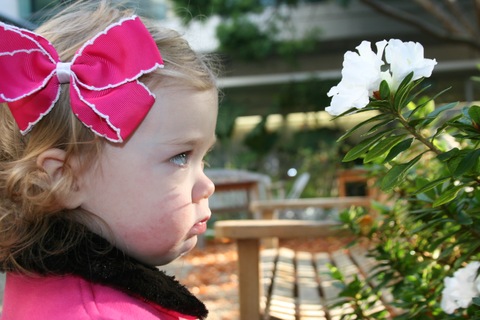 Read Danford’s letter, along with those shared by two of Rosen’s other patients, below. If you have questions for Danford or Rosen, leave them in the comments section below or send them to onlinehealth@newshour.org. We’ll post their answers in the days ahead.