The cancer moonshot initiative took a major step in development on Tuesday, when its organizing panel outlined 10 recommendations to stop the spread of the multifaceted disease. The Blue Ribbon panel report now heads to Douglas Lowy, the acting director of the National Cancer Institute, for approval before being presented to Vice President Joe Biden, who is spearheading the effort.

“We are at an exciting time in our understanding of cancer, and the way we’re approaching how we treat it,” said Tyler Jacks, an MIT cancer researcher, chair of the National Cancer Advisory Board and Blue Ribbon panel member in a statement.

Biden first proposed the moonshot in October, months after his oldest son Beau, 46, died of brain cancer. President Barack Obama endorsed the idea during his final State of the Union address, and the Blue Ribbon panel formed in April. Composed of 33 cancer experts, the panel worked to identify how the field could compress 10-year timelines for research and development into five years.

The overarching theme within the report is improving patient care. Though cancer is often described as a single disease, it’s actually hundreds of conditions that are as individual as a patient. Multiple portions of the panel’s report cite personalized means for tackling the myriad nature of cancer. On the whole, cancer will kill an estimated 600,000 Americans this year alone. 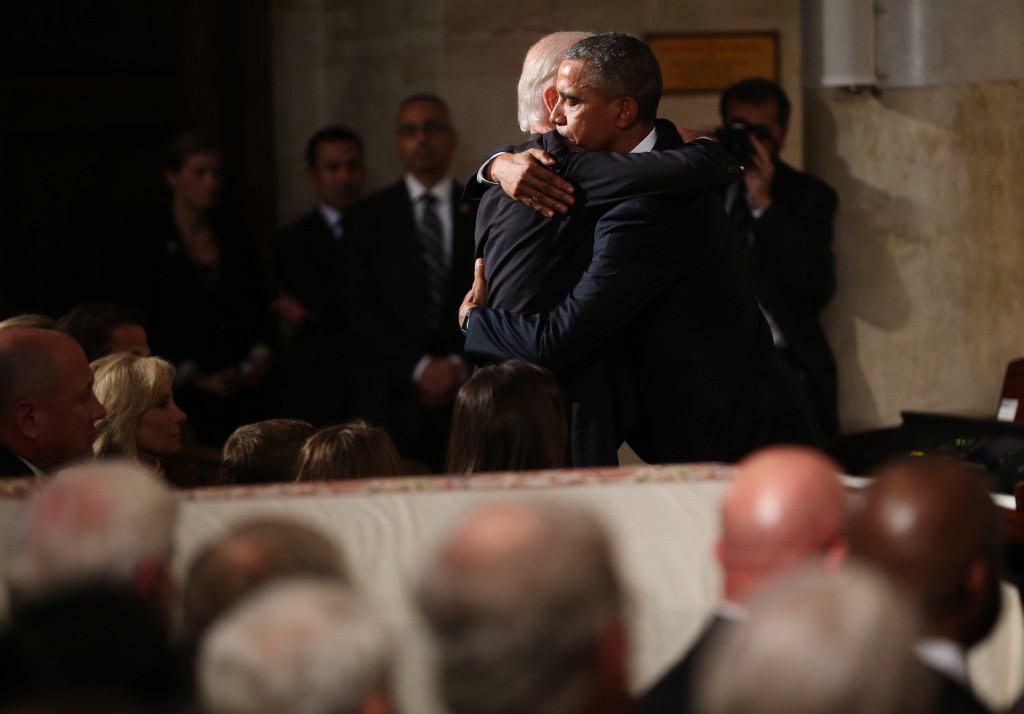 One recommendation, for instance, calls for engaging patients to gather as much data about their disease as possible to improve treatment in clinical trials. Another idea aims to tackle drug resistance in tumors, which often complicates patient outcomes. The advisory also requests the establishment of nationwide network for immunotherapies, which are treatments based on harnessing a person’s immune system to fight a disease. Other topics include what to do about early detection, tackling pediatric cancer and how to spend and allocate new research money.

The panel presented the 10 ideas on Wednesday to the National Cancer Advisory Board, after a summer’s worth of conversations with dozens of cancer specialists at working groups and a White House Summit.

But some experts are less convinced about the project’s eventual outcome.

“Let’s be honest. There’s not that much money in the moonshot. I just don’t think it is going to have that big an impact,” Ezekiel Emanuel, vice provost for Global Initiatives and chair of the department of medical ethics and health policy at the University of Pennsylvania, told STAT in June.

The NCI asked for $5.45 billion to cover its 2017 fiscal year, and the White House requested $680 million on top of those funds to support the moonshot initiative. But, neither the House nor Senate allocated moonshot funds in their 2017 budget proposals for U.S. science agencies. The Senate bill outlines $5.43 billion for the NCI, while the House proposes $5.33 billion for next year. This budgetary debate follows years of stagnant funding for the National Cancer Institute and other agencies within the National Institutes of Health.

Congress has three weeks to pass a funding bill for the 2017 budget.