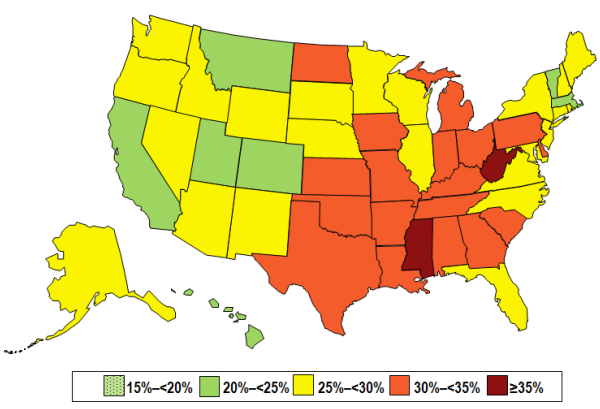 This week, the Center for Disease Control released new data on obesity in the United States. The discrepancy between rates for white and black adults reveals an alarmingly wide gap.

When considering non-Hispanic white adults, zero states had a prevalence of obesity of 35% or greater. However, for non-Hispanic black adults, 28 states and the District of Columbia reported that 35% or more of the demographic is obese. 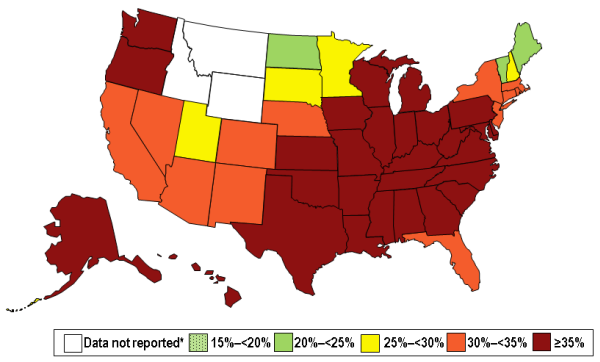 The agency calculated body mass index (BMI) averages for all 50 states using self reported data on weight and height. It was obtained through the Behavioral Risk Factor Surveillance System (BRFSS) — a telephone interview survey conducted by state health departments with CDC oversight. The sampling was state-based, and included both cell phones and landlines.

When considering the country at large and all ethnicities, no state had a prevalence of obesity less than 20%. Only Mississippi and West Virginia reported rates of 35% or greater. 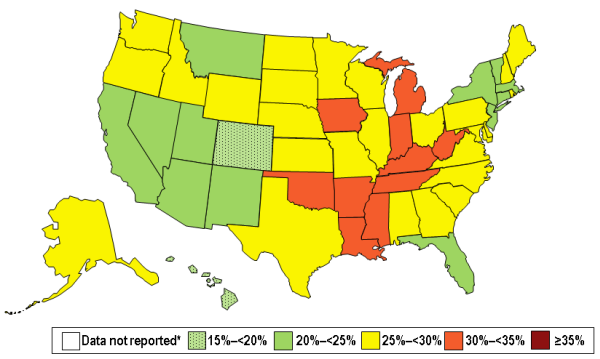 Overall, based on the self reported data survey, non-Hispanic blacks experienced obesity at 37.6 percent, followed by Hispanics at 30.6 percent, and non-Hispanic whites at 26.6 percent.