Could a Medieval potion made of bile and garlic stop MRSA?

Video by University of Nottingham

Scientists in the United Kingdom have found what they believe could be an unlikely treatment for the deadly and notoriously hard-to-kill MRSA superbug: a foul-smelling, Medieval concoction of garlic, wine and cow bile.

University of Nottingham microbiologist Freya Harrison and Anglo-Saxon scholar Christina Lee made this discovery when the duo found a recipe for a potion used in Medieval England to treat eye infections and decided to put its alleged curative properties to the test.

The results were surprising.

They found the concoction not only managed to clear up stye but also killed the MRSA bacteria in mice. According to the research, the salve destroyed virtually all traces of the bacteria when placed on the mice’s infected wounds.

“We thought that Bald’s eyesalve might show a small amount of antibiotic activity because each of the ingredients has been shown by other researchers to have some effect on bacteria in the lab,” Harrison told The Telegraph. “But we were absolutely blown away by just how effective the combination of ingredients was.”

The original recipe calls for garlic and onions or leeks as well as wine and the bile from a cow’s stomach. The mixture is boiled in a brass vessel, then strained and left for nine days. The resulting cream is applied topically.

A team of scientists at Texas Tech University who were asked to recreate Harrison and Lee’s experiment said the product was “good if not better” than traditional antibiotics. The group in Nottingham is now seeking additional funding to attempt human tests. 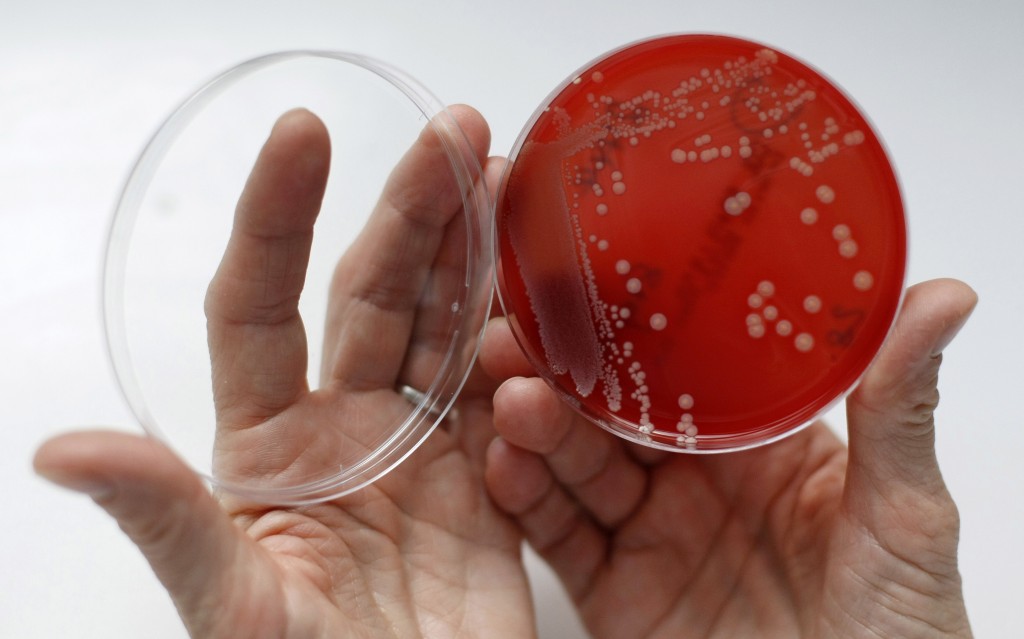 A display of MRSA (Methicillin-resistant Staphylococcus aureus) bacteria strain inside a petri dish containing agar jelly for bacterial culture in a microbiological laboratory in Berlin March 1, 2008. MRSA is a drug-resistant “superbug”, which can cause deadly infections. Photo by Fabrizio Bensch/Reuters