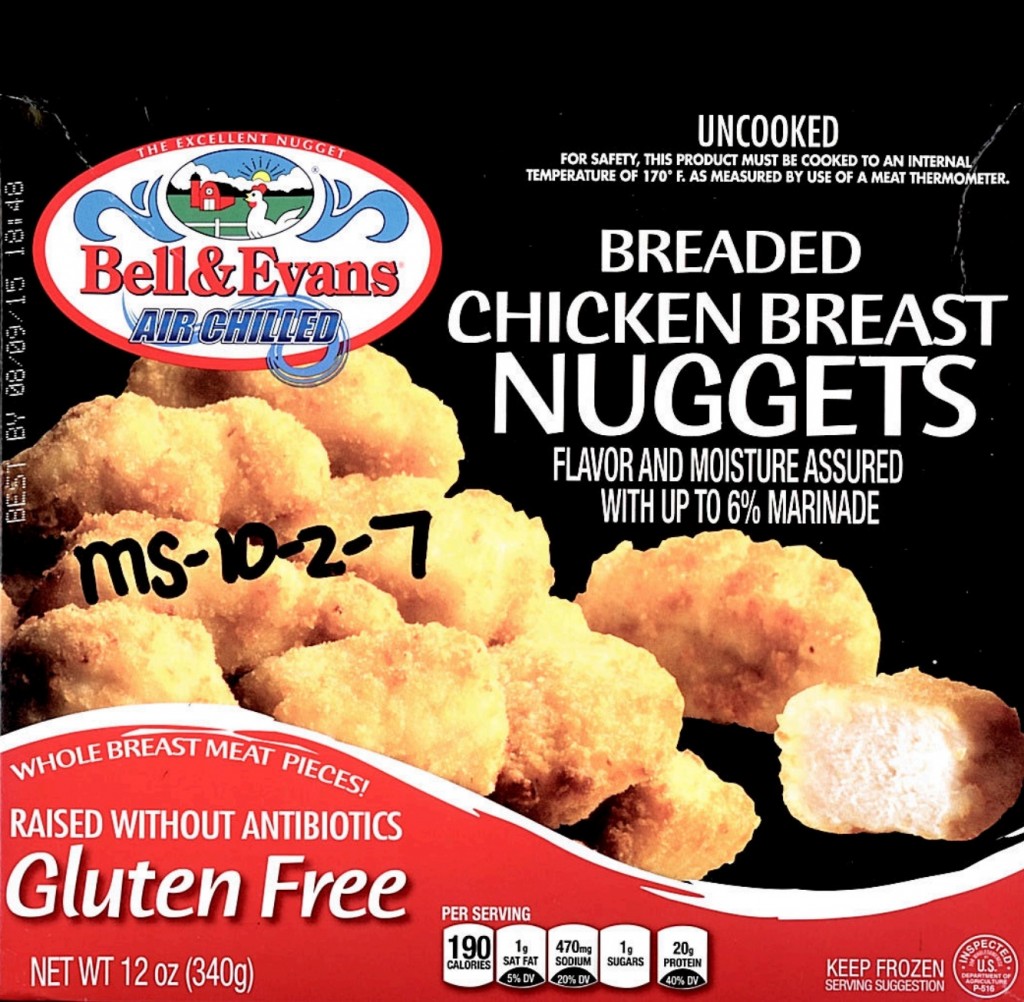 The chicken may be contaminated with Staphylococcal bacteria, a type of bacteria commonly implicated in food-borne illnesses and Staph infections.

Staphylococcal toxins act fast and can cause illness within 30 minutes of exposure, according to the Centers for Disease Control and Prevention.

Symptoms of Staphylococcal food poisoning include nausea, vomiting, stomach cramps and diarrhea and can develop between one to six hours after the contaminated food has been eaten.

The reported contamination was discovered by the Colorado Department of Agriculture during a retail surveillance and sampling program, according to the press release.

Mendelson said no other products were affected by the reported contamination.

“Even having knowledge of one box being contaminated, we felt a voluntary recall would be necessary,” Mendelson said Sunday in a phone interview with PBS NewsHour Weekend.

The USDA and Mendelson said there have been no reports of illness since the recall was issued on Saturday.