Clara Barton’s crusade to bring the Red Cross to America

May 21 marks the founding of the American Red Cross. Over its 133-year history, it has provided a wide menu of services to help the needy, disaster victims, military personnel and their families. The American Red Cross is also a major participant in the collection, processing and distribution of blood and blood products, the development of educational programs on health, preparedness and safety, and, in partnership with other affiliate organizations of the International Federation of Red Cross and Red Crescent Societies, relief and development efforts all over the world.

The American Red Cross’s Washington headquarters, right near the White House, is both a monument to “the women who died in the Civil War” and a National Historic Landmark. The organization is governed by volunteers and supported by both generous contributions from the public and income generated from health and safety training and from blood products. 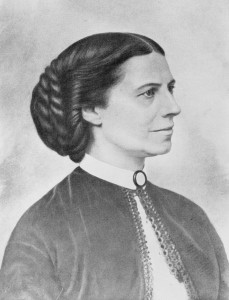 American Red Cross founder Clara Barton, from a portrait taken during the Civil War. Image from Library of Congress

One could write volumes about the American Red Cross’s distinguished history and positive impact on the nation and the world. But for historical purposes, it seems wise to begin with a profile of its founder, the remarkable nurse, health activist, teacher and humanitarian Clara Barton (1821-1912).

In 1855, Barton obtained a prestigious post as a clerk in the U.S. Patent Office in Washington, D.C. She briefly enjoyed the rare distinction of earning the same salary as a man. Sadly, the times did not allow for this situation to last long and her position was initially reduced to copyist and, in 1856, eliminated entirely. After Abraham Lincoln was elected president, Barton returned to the U.S. Patent Office as a “temporary copyist” with the goal of paving the way for more women to engage in government service.

Her second stint in Washington coincided with the onslaught of the Civil War. The capital was in a state of mass confusion because of the arrival of thousands of newly recruited soldiers all requiring uniforms, food, housing and preparation for the rigors of the battlefield. Barton immediately jumped into the fore and worked to provide both assistance for the new recruits and, as the war progressed, relief for the injured. Her greatest contribution to the messy business of war (and, subsequently, natural disasters) was to develop an organized system to distribute medical care and supplies for the injured and provide information for the families of those injured or killed.

Barton soon realized she and her peers were most needed on the battlefields. She demonstrated extraordinary bravery at bloody locales such as Antietam by ordering the drivers of Red Cross supply wagons to follow the fighting men, often ahead of other military units. She and her associates provided nursing, comfort and meals to the wounded in the midst of danger and death. 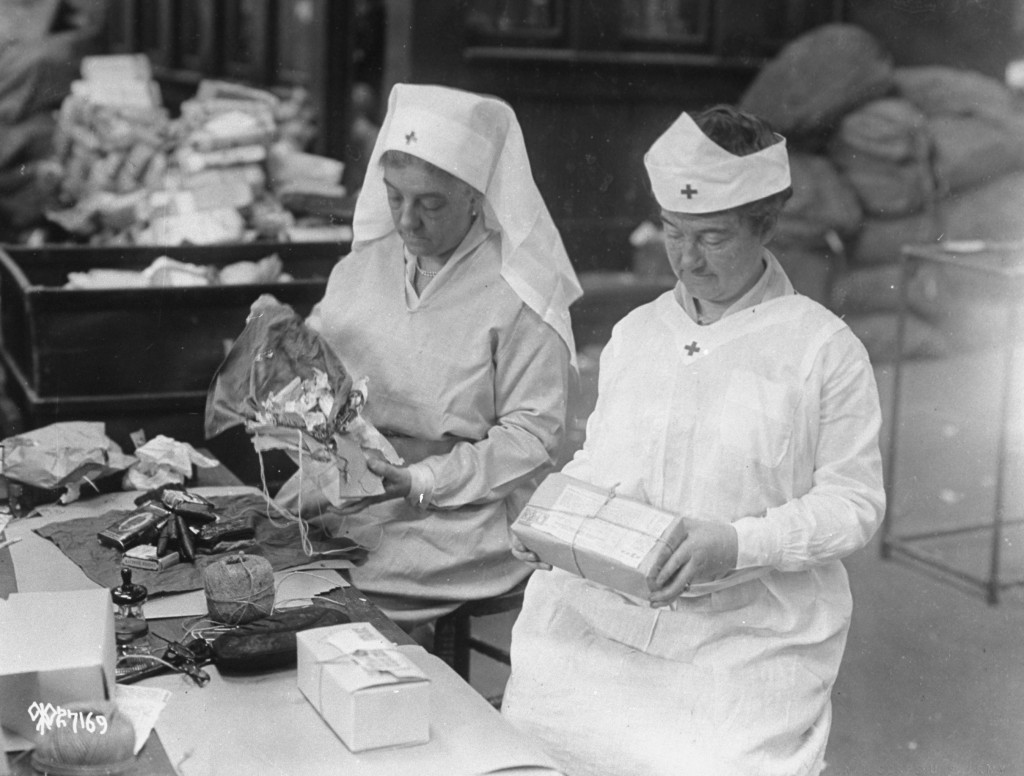 Barton also organized an Office of Correspondence with Friends of the Missing Men of the United States Army, which she operated out of her apartment for four years. It was an operation that drew the praise of President Lincoln. Her group responded to more than 63,000 letters and identified more than 22,000 missing men.

In 1869, Barton traveled to Europe, ostensibly in search of rest. During her travels, she was introduced to the Red Cross in Geneva, which was part of the global Red Cross network of service organizations founded by Henry Durant and codified by the “Red Cross treaty” or Geneva Convention. A major focus of treaty, which was endorsed by 12 European nations in 1864, was the humanitarian protection for those not participating in a conflict or battle, such as prisoners of war, soldiers wounded on the battlefield, and doctors, nurses and hospital units displaying the Red Cross emblem (literally, a red cross on a white background).

In 1877, Barton lobbied President Rutherford B. Hayes to endorse the Geneva Convention of 1864. Hayes initially expressed interest but worried that the treaty would be seen as a “possible entangling alliance” with European nations and ultimately rejected her petition.

Undaunted, Barton established the American Red Cross and held the first meeting in her Washington apartment on May 21, 1881. She also founded a local branch in Livingston County, New York, on Aug. 22, 1881, where she had a country home. Around this time, Barton approached President James Garfield about ratifying the Geneva treaty. He appeared to be supportive but his death from an assassin’s bullet and the resulting infection prevented him from taking a definitive role. His successor, Chester A. Arthur, however, did agree to sign the treaty and on May 16, 1882, the U.S. Senate ratified it.

The U.S. Congress awarded the American Red Cross its first federal charter in 1900 and again in 1905, a year after Barton, at the age of 83, resigned as president of the organization.

In the years since, the American Red Cross has become one of the premier medical aid organizations in the world. Whenever and wherever a disaster has occurred on American soil, the Red Cross has been there to help and comfort the afflicted. It has also conducted major humanitarian efforts in war zones and disasters, ranging from the natural to the man-made, around the world.

It is difficult to fathom how our nation would survive crises ranging from hurricanes and earthquakes to the terrorist attacks of 9/11, without the essential presence of the American Red Cross. Fortunately, thanks to the hundreds of thousands of women and men who have generously worked — and continue to work — under its banner and, especially, to the visionary Clara Barton, this is a question that need not be answered.

Left: A Red Cross nurse is featured prominently on this recruiting poster, circa 1917. Photo by Getty Images