Commentary: Why Mammograms Are So Crucial 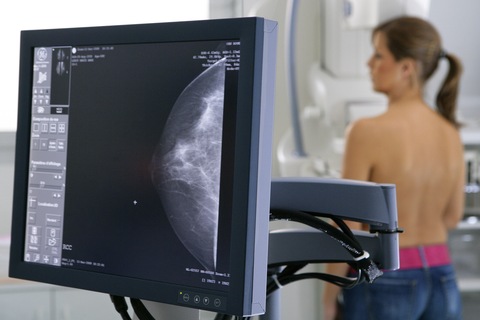 Photo of woman getting a mammogram by BSIP/UIG via Getty Images.

In the last 30 years, mammograms have led 1.3 million women to seek treatment for cancer that would never have harmed them, according to a recent report in the New England Journal of Medicine. “At best,” the report says, mammograms have had “a small effect on the rate of death from breast cancer.”

It’s an assertion the American College of Radiology and other prominent groups call “flawed and misleading,” adding that it could confuse women who should be receiving the test and cost lives. On Tuesday evening’s PBS NewsHour broadcast, health correspondent Betty Ann Bowser explores this latest firestorm in the oncology community and what ordinary women should take away from all of the conflicting information.

In the meantime, we’ve asked three of the nation’s most influential doctors whether women over the age of 40 should be screened yearly. Below, Dr. Sandra Swain of the American Society of Clinical Oncology says yes. Dr. Archie Bleyer, co-author of the New England Journal of Medicine report says no. And Dr. Barnett Kramer, director of the National Cancer Institute’s Division of Cancer Prevention, explains the scientific basis for both arguments. 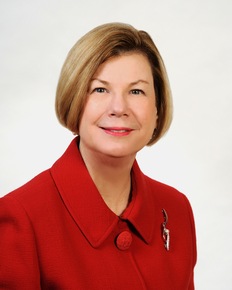 Dr. Sandra Swain: In the United States, breast cancer is the most common cancer in women — excluding skin cancer — but deaths have declined dramatically over the past decade largely due to earlier detection and better treatments. Men can also develop breast cancer, but it’s far more rare, accounting for less than one percent of all breast cancers

We now know much more about breast cancer than we did even a few years ago. Scientists have begun to be able to differentiate types of breast cancer based on molecular anatomy. As a result, we know that breast cancer actually is a term used to describe several separate types of diseases — an understanding that allows us to increasingly personalize treatment based on sub-type.

We have also had a tremendous advance in the systemic therapy for breast cancer, including hormonal therapies such as Tamoxifen and Aromatase inhibitors, and also chemotherapy.

Like any medical test, however, mammography involves risks, such as additional invasive testing and anxiety if the test falsely shows a possible tumor; this is called a false-positive. Occasionally — up to 10 to 15 percent of the time — mammography may miss a cancer, which is called a false-negative.

There has been longstanding debate over the most appropriate age and frequency of mammography screening for breast cancer. Different organizations have looked at the evidence, risks, and benefits of mammography and have developed slightly different screening schedules:

Recent studies have raised questions about the optimum frequency of mammography: Should women have mammograms once a year? Once every two years? At what age should women begin to have regular mammograms?

These studies are important, because they help us to gain a better understanding of the risks and benefits to mammography screening over time. That said, we need to be careful not to let negative or conflicting studies create upset and negativity around mammography as a whole. Until we have better tools to identify individuals who are most likely to benefit from screening, mammography remains the best available tool for detecting breast cancer in the general population.

Our hope is that these studies do not shake women’s confidence in the benefits of mammography. Under the present guidelines, less than two-thirds of women who are recommended for screening are currently getting annual mammograms. Our biggest challenge is getting women screened … period. The abysmal screening rates are a much bigger issue than that of age and/or frequency of mammograms.

I would recommend that women receive an annual mammogram. If you have some of the more deadly breast cancers that are growing faster, you would be missing something if you did not receive this yearly test.

When you diagnose a breast cancer at an earlier stage, you are able to give the patient less treatment with less surgery, potentially less chemotherapy and less women may need less surgery or systemic therapy such as chemotherapy. So this is really a great benefit for patients to have an earlier diagnosis.

The bottom line is that all women should talk with their doctors about mammography and decide on an appropriate screening schedule. For women with a high risk of breast cancer, screening may be recommended at an earlier age or more often than the schedules listed above.

Some will say, “I’m happy with the risk of getting breast cancer; I’m not happy with having to have all these tests,” so they will decide not to get a yearly mammogram. Others will say, “I want to do everything possible to diagnose this, even if it’s overtreatment.” It really depends on the makeup and the personality of the patient.

Only your doctor can help you estimate your individual risk for developing breast cancer and determine what level of screening is best for you.

For more information about breast and other cancers, I also encourage you to visit www.cancer.net.