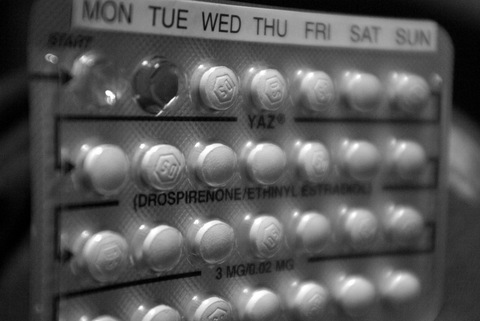 After a year of lawsuits and public outcry, the Obama administration proposed Friday a way for women who work at nonprofit religious institutions to get free birth control without requiring their employers to pay for it.

Instead, institutions that insure themselves, such as hospitals and universities, could use a third party to find a separate health policy that would pay for and provide the coverage. The costs would be offset by the fees insurers pay to participate in the new online health marketplaces set to open in October under the health law.

“Today, the administration is taking the next step in providing women across the nation with coverage of recommended preventive care at no cost, while respecting religious concerns,” Health and Human Services Secretary Kathleen Sebelius said in a press release. “We will continue to work with faith-based organizations, women’s organizations, insurers and others to achieve these goals.”

The proposed rule is aimed mainly at groups affiliated with churches, such as hospitals and educational institutions. It is unlikely to satisfy the concerns of private businesses, however, which have brought several dozen lawsuits against the health law’s contraceptive mandate saying it violates their religious beliefs. “The rights of family businesses like Hobby Lobby are still being violated,” said Kyle Duncan, general counsel of The Becket Fund for Religious Liberty, which represents several groups that have filed suit. Some of those lawsuits are expected to make their way to the U.S. Supreme Court.

Cardinal Timothy Dolan of New York, president of the U.S. Conference of Catholic Bishops, said in a statement that the organization welcomes “the opportunity to study the proposed regulations closely. We look forward to issuing a more detailed statement later.” A similar statement was issued by the Catholic Health Association, which includes scores of hospitals and health groups affiliated with the Roman Catholic Church.

Here’s the way the proposed rule would work:

It clarifies the definition of “religious employers” to follow that of Internal Revenue Service code, and to include all houses of worship and their affiliated organizations.

Religious organizations that self-insure, as well as student health plans, would let their third party administrator know that they object to providing contraceptive coverage on moral grounds. The administrator would then work with a health insurer to provide separate individual contraceptive coverage at no cost to the enrollees. The cost would be “offset by adjustments in federally-facilitated exchange user fees that insurers pay,” according to the administration.

Nothing would change for a religious organization that offers a group plan: Under the compromise offered by the administration last February, the insurer would provide separate contraception coverage at no cost to participants. The administration argues that such services would be cost-neutral to insurers because they would result in fewer births.

Under the health law, employers who insure their workers are required to cover government-recommended preventive services without co-payments. In August 2011, the Obama administration said those would include contraceptive services, such as birth control pills, implants and sterilization procedures.

Religious organizations opposed to birth control sought to be exempt. The Obama administration initially gave them a one-year delay, until August of this year, to comply, while promising further compromise.

Ilyse Hogue, president of NARAL Pro-Choice America, praised the latest proposal, saying it will ensure that “most American women will get birth-control coverage without extra expense.”

But others were skeptical the changes would mollify critics.

Insurance consultant Robert Laszewski of Health Policy and Strategy Associates said the administration “way underestimated” the strong feelings about contraceptive services among some religious Americans. To fulfill its promise of no-cost contraceptive services, he said, the latest compromise transfers the costs of covering a relatively small number of women to the new health insurance marketplaces.

While that cost will eventually be passed onto consumers, he said, “we’re talking nickels and dimes here. The Obama administration is correctly assuming that the cost is going to be a rounding error.”

Nonetheless, that’s unlikely to satisfy religious employers for whom the issue was never about cost, but about religious principles, Laszewski said.