The makers of the painkillers Darvon and Darvocet on Friday pulled the drugs from the U.S. market at the Food and Drug Administration’s request. 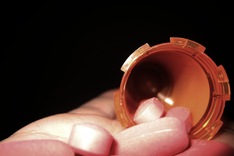 The FDA made the move after new data showed that propoxyphene, the active ingredient in both Darvon and Darvocet, “puts patients at risk of potentially serious or even fatal heart rhythm abnormalities,” the agency said in a statement.

Darvon is the brand name for propoxyphene; Darvocet is a combination of propoxyphene and acetaminophen (Tylenol).

“These new heart data significantly alter propoxyphene’s risk-benefit profile. The drug’s effectiveness in reducing pain is no longer enough to outweigh the drug’s serious potential heart risks,” John Jenkins, director of the Office of New Drugs in the FDA’s Center for Drug Evaluation and Research, said in a statement.

According to Public Citizen, a consumer group that has long advocated against the drug, about 120 million prescriptions for propoxyphene have been filled in the past five years.

The drug has been controversial for decades. It was first approved by the FDA in 1957, and Public Citizen asked the FDA to remove it from the market as far back as 1976. The U.K. banned the drug in 2005, and the FDA slapped a black-box warning on it in July 2009. At that time the agency did not follow the advice of an outside panel to pull the drug from the market, but it did ask Darvon’s maker, the drug company Xanodyne, to conduct a new study of the drug’s effects on the heart. It was that study that led to the drug being pulled from the market Friday.

The agency has also asked makers of generic drugs that include propoxyphene to stop making those drugs.