ER Visits After Drinking May Not Be Covered 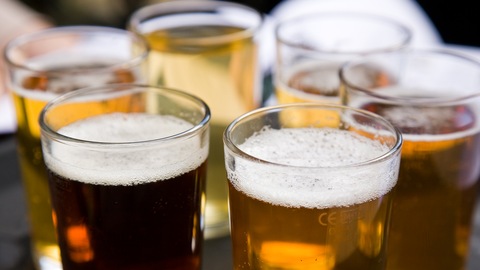 Up to half of the people who are treated at hospital emergency departments and trauma centers are under the influence of alcohol, experts say. That may be a sobering statistic, yet a recent study found that emergency departments can capitalize on this “teachable moment” to discourage problem drinking in the future.

But laws in more than half the states permit insurers to deny payment for medical services related to alcohol or drug use, and that can derail hospitals’ best intentions, experts say. Faced with the prospect of not getting paid for care, some emergency department personnel may sidestep the problem by simply not testing patients’ blood or urine for alcohol.

In the study, published online in the Annals of Emergency Medicine in March, nearly 600 emergency department patients who were identified as hazardous or harmful drinkers (defined for men as drinking more than 14 drinks per week or more than four on any single occasion, and for women as more than seven weekly drinks or three on any one occasion) took part in a seven-minute interview. During the interview, an emergency department staff member discussed the link between a patient’s injuries and alcohol, as well as guidelines for low-risk drinking, and encouraged the patient to discuss what was stopping him from drinking less and to set a drinking goal.

Compared with those who received standard care, patients who took part in the sessions reduced their average number of weekly drinks significantly as well as their episodes of binge drinking and drinking and driving over the next 12 months.

Although some of the nearly 4,000 emergency departments screen patients for drug or alcohol use, it’s not required. Level 1 and 2 trauma centers, however, which are typically equipped to handle emergency patients suffering from serious injuries sustained, for example, in major car accidents, must screen for problem drinkers. Level 1 trauma centers must also be able to provide counseling.

Such screening and counseling can be effective, says Larry Gentilello, a trauma surgeon who has published studies on [injury prevention and substance abuse](http://www.ncbi.nlm.nih.gov/pubmed/16361905
).

“Most of the people who are injured don’t need to go into treatment,” he says. “They aren’t alcoholics or alcohol dependent. That’s why one counseling session can help them by talking about the risks of drinking.”

The extent to which so-called alcohol-exclusion laws deter emergency medical personnel from screening and counseling patients for alcohol or drugs is unknown.

The laws have a long history. Since 1947, more than 40 states have passed measures allowing health plans to refuse to pay for care if the patient’s injuries occurred while he was under the influence of alcohol or, in some states, drugs, say experts. As people came to understand alcohol addiction and the possibility of treatment, however, it became clear that the laws were counterproductive. In 2001, the National Association of Insurance Commissioners recommended against them.

Since then, at least 15 states have repealed or amended their laws and now prohibit exclusions of coverage for drinking or drugs, according to data from the National Institute on Alcohol Abuse and Alcoholism. Maryland and the District of Columbia are among them; Virginia’s law remains in place.

Regardless of state law, self-insured companies that pay their employees’ health care costs directly can refuse to cover employees for alcohol-related claims.

The laws have ensnared both problem and occasional drinkers.

Gentilello describes the case of a Seattle woman who was celebrating her 25th wedding anniversary and had a few glasses of champagne at dinner with her family. It was a rainy night and she was dressed up and wearing high heels. As she and her husband tried to hail a cab, she tripped on a curb, fell and broke her ankle. In the emergency department, her chart noted that she had a few drinks. Her insurer refused to pay. Washington subsequently adopted a prohibition on alcohol-related claims exclusions in 2004.

It’s unclear how frequently insurers continue to apply such laws to avoid paying claims. Susan Pisano, a spokeswoman for America’s Health Insurance Plans, a trade organization, says the group doesn’t know what member practice is. Cynthia Michener, a spokeswoman for Aetna, says that “to our knowledge” the company doesn’t apply such exclusions. Other insurers, including UnitedHealthcare and Humana, didn’t provide information about their practices.

But a professor who has written about such laws says there are indications that health plans continue to use them to deny payment.

“There are tons of these cases,” says Sara Rosenbaum, a professor of health law and policy at George Washington University’s School of Public Health and Health Services. “The only evidence we have suggests that these cases go on.”

“There’s no reason to think that insurers, eager to hold down costs, wouldn’t continue” to deny payment based on such exclusions, she adds.