Facebook and Apple will pay for employees to freeze their eggs

Facebook and Apple are now among the first Silicon Valley tech companies to cover the expense of egg freezing procedures for employees, NBC News reported. 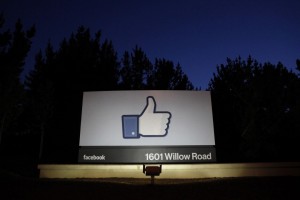 Both companies already offer benefits for adoption and fertility treatments, but this marks their first foray into covering egg freezing, which costs at least $10,000 per round plus $500 to $800 per year for storage.

Both Facebook and Apple will finance up to $20,000 in those costs; Facebook under its “surrogacy benefit” and Apple under its “fertility benefit.” The coverage went into effect for Facebook employees this year.

The process requires patients to undergo ten days of fertility drug injections of follicle stimulating hormones, which prompts the ovaries to release multiple mature eggs. A doctor then performs a short outpatient procedure to remove the mature eggs for freezing. Many doctors recommend freezing 20 eggs, which could require more than one round. The patient can use the eggs at a future date by implanting them through in vitro fertilization.

The American Society of Reproductive Medicine deemed the practice “experimental” from 2008 to 2012, when it removed that label. Doctors have noted an increase in people seeking the procedure in the two years since then, according to NBC News.

Some question whether the procedure is reliable, and the American Society of Reproductive Medicine does not have comprehensive statistics on the procedure’s rates of success. Fertility and Sterility reported in 2013 on an analysis of 2,200 freezing and thawing procedures, which found that 31.5 percent of women who froze their eggs at age 25 gave birth, according to The Atlantic. Those success rates dropped for women who froze their eggs at ages 30-40.

Employers’ coverage of the procedure could signify a cultural shift toward increasing its accessibility for women, Megan Garber wrote at The Atlantic.

But Amanda Hess refuted this view in an article for Slate.