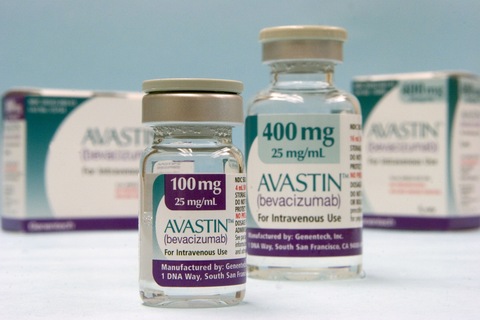 Photo by Bloomberg via Getty Images

The Food and Drug Administration officially pulled the plug on its approval for the use of the drug Avastin in breast cancer treatment.

“FDA recognizes how hard it is for patients and their families to cope with metastatic breast cancer and how great a need there is for more effective treatments. But patients must have confidence that the drugs they take are both safe and effective for their intended use,” Dr. Hamburg said.

As the NewsHour reported last December, the final decision has been expected for some time now. But that’s little comfort to thousands of women who staunchly believe the drug saved their lives.

Avastin first received FDA approval in 2008, when a major study seemed to indicate that it dramatically slowed breast cancer tumor growth when combined with chemotherapy. But subsequent trials showed that women taking Avastin did not live longer and experienced severe side effects like high blood pressure, hemorrhaging, heart attack, infection and blood clots.

Even so, the drug won’t be disappearing from the market. Avastin still has FDA approval for certain colon, lung, kidney and brain cancers.

But as insurance providers re-evaluate their coverage of Avastin for breast cancer treatment, the FDA decision is likely to spark yet another round of debate between those who claim the government is trying to “ration” life-saving medications and those who say the use of questionably effective but expensive drugs is driving up health care costs.