Finding the Prescription for Improving U.S. and Global Health Care 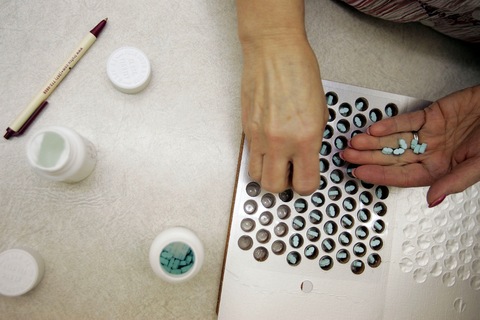 Whenever I travel around the country — or the world — and people I meet learn that I am a journalist focused on health and health care, they often ask: What country do you think has the best health care system? Often they have their own ideas of what the right answer is. If they are single-payer advocates, for example, they might favor the various branches of the National Health Services in the United Kingdom; if they favor a more free market approach, they may argue for the virtues of the United States. 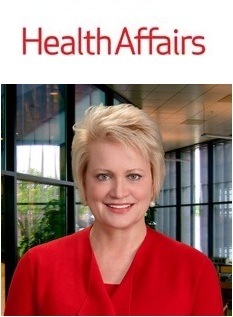 Susan Dentzer is editor-in-chief of Health Affairs and a regular analyst for the PBS NewsHour.

As for me, when asked this question, I sigh. I’ve learned too much in my travels around the U.S. and the world, and spent too much time with people involved in their nation’s health systems, to believe that any of them is perfect.

Almost every system — ours, Enfgland’s, France’s, Japan’s, Germany’s, Canada’s, Israel’s, you name it — has its strengths and weaknesses. And right now, almost every one of them is in pursuit of the elusive Triple Aim.

The Triple Aim is a concept first advanced in Health Affairs in 2008 by Donald Berwick, Tom Nolan and John Whittington, all at the time affiliated with the Institute for Healthcare Improvement in Cambridge, Mass. (Berwick later went on to become administrator of the Centers for Medicare and Medicaid Services in the Obama administration, where he served until December 2011). As Berwick and his colleagues wrote, improving the U.S. health care system “requires simultaneous pursuit of three aims: improving the experience of care, improving the health of populations, and reducing per capita costs of health care.” Since then, the concept has been further streamlined: What we need is better health and better health care, and we need it all to cost less.

Although the Triple Aim started off as the prescription for what ails U.S. health care, it has since been seized upon by health policy makers in almost all the high-income countries. Although the United States is far and away the biggest spender — and in on a particularly unsustainable path — there is no high-income country on earth that is not worried about the skyrocketing cost of health care, and there is none that believes it gets top value for the money spent. All countries have concerns about the health of their populations; although some specific concerns vary from place to place, most of the world is concerned about growing prevalence of chronic illnesses, ranging from cardiovascular disease and diabetes to cancers. And health policy makers and system leaders around the world think that health care should be focused far more on the needs of patients, rather than tailored to the wants of providers, as is frequently the case.

Yet there’s a long road from articulating the goals of the Triple Aim to achieving them — and to understand why, we need look no farther than Staffordshire, in England’s West Midlands region. According to the recently published report of a public inquiry, between 2005 and 2008,”conditions of appalling care were able to flourish” in Stafford Hospital, the main one in the area. As the institution racked up a high mortality rate, “patients were left in excrement in soiled bed clothes for lengthy periods; assistance was not provided with feeding for patients who could not eat without help; […and] staff treated patients and those close to them with what appeared to be callous indifference.”

All of this deplorable care occurred amid failures of governance or management at almost every level of the National Health Service, according to the report. Hospital managers lauded themselves for meeting strict financial targets and won exalted status within the NHS as a so-called “foundation trust,” operating free of central government control. It wasn’t until relatives of hundreds of dead or mistreated patients raised a ruckus that the authorities stepped in. Little wonder that Donald Berwick has now been appointed by British Prime Minister David Cameron to head a taskforce on system improvement.

The episode underscores how all high-income countries struggle to pursue better health, better care and lower cost — and, importantly, to bring all these goals into alignment.

In the April 2013 issue of Health Affairs, for example, Geraint Lewis, the chief data officer of England’s National Health Service, and coauthors introduce the notion of “Triple Fail” events, or simultaneous lapses in meeting all three goals (as in the case of the Mid-Staffs scandal).

Lewis argues that countries can, and should, do more to prevent such events. One approach might be to analyze all medical and pharmacy claims and electronic health records and use predictive computer modeling to identify people at risk for such triple failures — for example, frail elderly patients discharged from hospitals, who may be unable to understand their medication instructions and end up back in the hospital. (A readmission for such a person would be a triple failure because it would reflect poor health, poor care and would cost more.) This type of predictive modeling is already being used in the United States and other countries, but Lewis argues that its use should be broadened to see how many “triple failures” could genuinely be prevented.

Ara Darzi, a British member of the House of Lords, was formerly a high-ranking health official in the government of former British prime minister Tony Blair, and is now a distinguished professor of surgery at Imperial College London. In our issue, he and a colleague write about a pervasive problem in health care worldwide: most of the costs of providing care are tied up with labor — the costs of employing doctors, nurses, other health professionals, administrators and staff. Meanwhile, employment in the health sector is growing in many parts of the U.S. and the world even as other sectors are shrinking. Only recently have systems begun to pay attention to adopting labor-saving practices or technologies to increase productivity and lower costs.

Interestingly, in this regard, the high-income countries have a lot to learn from poorer nations that have had to economize on labor out of necessity. Darzi points to the “assembly-line style eye surgery” pioneered by India’s Aravind Eye Care system, in which a single surgeon may operate in sequence to remove the cataracts of dozens of patients prepped by trained aides. (Aravind was the subject of a PBS NewsHour segment in 2009. ) If the United States is to follow suit, our notion of what constitutes “patient-centered care” will have to become less dependent on a proliferation of human providers and more welcoming of labor-saving efficiencies like these.

Can any nation figure out how to achieve the Triple Aim on its own? Not a chance. We’re all in the same soup together — and we’ll need to pool all our best ideas to reach the goal of improved health and health care for all the world’s citizens, at a sustainable cost.

Susan Dentzer is the editor-in-chief of Health Affairs, the nation’s leading peer-reviewed journal focused on the intersection of health, health care and health policy in the United States and internationally.

Before joining Health Affairs in May 2008, Dentzer was on-air health correspondent at the PBS NewsHour, where she led the show’s unit providing in-depth coverage of health care and health policy from 1998 to 2008. Dentzer returns to the show frequently to provide on-air analysis of health issues.

Susan Dentzer is the Editor-in-Chief of Health Affairs, the nation's leading journal of health policy, and an on-air analyst on health issues with The NewsHour with Jim Lehrer on the Public Broadcasting Service (PBS).