In all of medical history, few names have been sung more brightly than Florence Nightingale, born on this day in 1820. Credited with founding the first modern, secular nursing school in 1860 (at St. Thomas’s Hospital in London, and currently part of King’s College, University of London), Florence’s birthday has been designated International Nursing Day.

Nicknamed “the Lady of the Lamp” by an intrepid journalist for the London Times, and subsequently immortalized by Henry Wadsworth Longfellow in his 1857 poem “Santa Filomena,” Florence Nightingale first came to prominence during the Crimean War.

Appalled by the primitive, filthy hospital facilities, Nightingale later wrote, “the British high command had succeeded in creating the nearest thing to hell on earth.”

In 1855, she organized and trained a group of nurses to help the soldiers injured during that conflict. Appalled by the primitive hospital facilities, the lack of beds, bandages, and bathing facilities, all wrapped into a decidedly filthy, vermin-ridden environment, Nightingale later wrote, “the British high command had succeeded in creating the nearest thing to hell on earth.” Initially, her nurses were not allowed to see the suffering soldiers and, instead, ordered to clean the hospital floors. As the casualties mounted and the physicians became overwhelmed, Nightingale’s nurses were finally enlisted to help.

Nightingale’s poetic moniker was the result of her late evening rounds visiting the wounded soldiers. When the war ended and she returned home to London, she was lauded as a national hero and showered with awards and medals including a jewel from Queen Victoria. 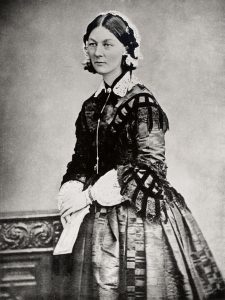 Portrait of Florence Nightingale circa 1860

Ever busy with advancing the profession of nursing, Nightingale worked extraordinarily hard to counter the prevalent (and negative) view of nurses, such as that described by Charles Dickens in his 1842-1843 novel, “Martin Chuzzlewit.” One of the minor characters in this delightful tome is an incompetent, poorly trained and negligent nurse named Sarah Gamp. She is best recalled as an alcoholic, far more interested in her next glass of gin than the needs of her patients.

Nightingale’s 1859 book, “Notes on Nursing,” on the other hand, shed a far better light on the profession and soon became a standard textbook for training nurses around the globe.

Florence was also consumed with advancing the causes of cleanliness in the hospital setting and beyond by using the newly developed mathematical methods of statistics to prove that such interventions made a difference.

Beginning with her war work, Nightingale noted that 10 times more soldiers died of the so-called filth diseases, such as cholera, dysentery, typhoid and typhus, than those who succumbed to bullets and cannon balls. She determined the cause to be related to the overcrowding of soldiers, paltry latrine and sewer facilities and, in an era when “poisonous miasmas” were still thought to the source of many infectious diseases, poor ventilation in the hospital wards. Indeed, her insistence on adequate ventilation led to a worldwide trend of building hospitals with large windows and cross-ventilation schemes, a design one can still see in the few 19th century hospital buildings that remain in various American and European cities.

Working with the pioneering British statistician William Farr and public health and urban poverty expert Edwin Chadwick, she compiled, analyzed and presented understandable and detailed information on the living conditions of England’s poorest citizens, as well as the living conditions, public health, and medical care of those living in India. Florence Nightingale pioneered in the graphical representation of the numbers she crunched. She was an early adopter of the “pie chart” and developed her own “rose diagram,” which is a circular histogram of data she called the “coxcomb” and used to describe seasonal changes in patient mortality, first in various military theaters and, subsequently, among Britain’s poor.

This work led to the passage of England’s Public Health Acts of 1874 and 1875, which required property owners to connect their sewage lines to main drain pipes, as a means of controlling the dumping of huge amounts of human waste onto city streets, and giving control of public health problems to local authorities who saw the unhealthy conditions first hand, rather than the previous system of granting those powers to centralized government officials in a faraway office. Both these reforms are credited with playing a vital role in extending the lifespan of British subjects (as well as citizens in other industrialized, western nations) by 20 years, between 1891 and the mid-1930s, when there were not yet the advantages of antibiotics, intravenous fluids or other modern medical conveniences.

If you want to know what is really going on with a patient, make sure you ask his or her nurse first.

A deeply religious woman, Florence was the advantaged child of a wealthy family. She managed to use those advantages, as well as surmount the disadvantages of being an ambitious, professional woman in Victorian England, to help the neediest and most vulnerable, both to the ravages of poverty and disease.

Today, on Florence Nightingale’s birthday and International Nurse’s Day (this year’s celebratory theme is “The Balance of Mind, Body and Spirit”), we celebrate her multitude of accomplishments and those of the legion of nurses who followed in her path and continue to make a huge difference in caring for the ill.

When reflecting on the life of this extraordinary woman, the doctor in me is forced to recall a lesson he learned the hard way as an intern: if you want to know what is really doing on with a patient, make sure you ask his or her nurse first. 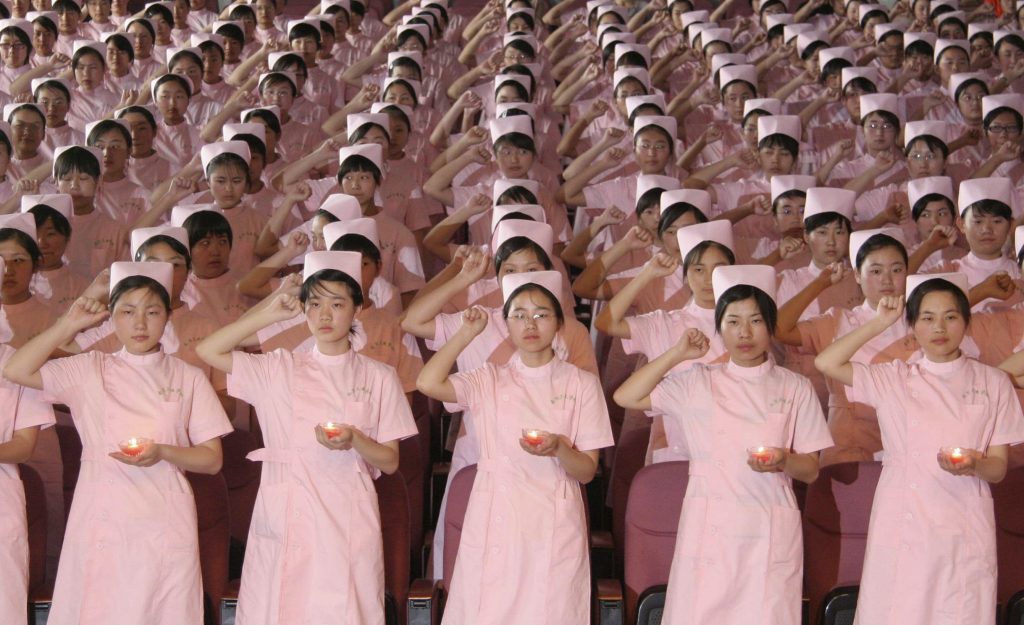