A half century after college, Judy Plaut is attending college again. Every Tuesday last semester, she woke early, pulled on a pair of slacks and a blouse, slid a composition book, a pencil and a ballpoint pen into her backpack, and arrived right on time for her 9:45 am class. The subject: environmental plant identification and use.

Plaut’s strong ties to her alma mater, the University of Florida, grew even stronger when in 2013, she and her husband relocated from their home in Baltimore, Maryland to a retirement community in Gainesville. They now live four miles from campus and are among thousands of retired older Americans who choose to live near a college campus.

Older students have a unique perspective that adds real value to the classroom, said Jen Day Shaw, University of Florida’s dean of students.

“So often the alumni are the ones who are able, through their stories and experiences, to help the more traditional age students understand how (the course material) might play out in the real world,” Shaw said.

Some things haven’t changed much since Plaut, 69, attended the university in 1962. Teachers still teach, and students still sit at desks and listen, she said. But there are stark differences too. This time around, for example, a male professor can’t ban his female students from wearing Bermuda shorts in his class.

Strange as it sounds, that was among a list of restrictive rules that applied only to women at the University of Florida campus in the early 1960s. These rules were codified in a publication called the “Coedikette,” which was distributed to every female student.

Among them: Dresses and skirts were required for all classes. A 10:30 p.m. curfew was imposed during weekdays. Detailed information was required, should a student decide to leave the dorm anytime after 7:30 pm. And the bermuda shorts rule went like this:

“During the third trimester Bermuda shorts or slacks may be worn at any time and any place on campus, with the following stipulations:

a. All blouses must be tucked in.

b. It is the prerogative of a faculty member to request that women students do not wear Bermudas in his class.

None of these rules applied to the university’s male students.

When Plaut arrived on the Gainesville, Florida, campus in 1962, just barely 18, the university acted in loco parentis — in place of a parent. This meant officials could restrict and regulate student conduct as if they were the students’ legal guardian, even if it violated students’ rights. 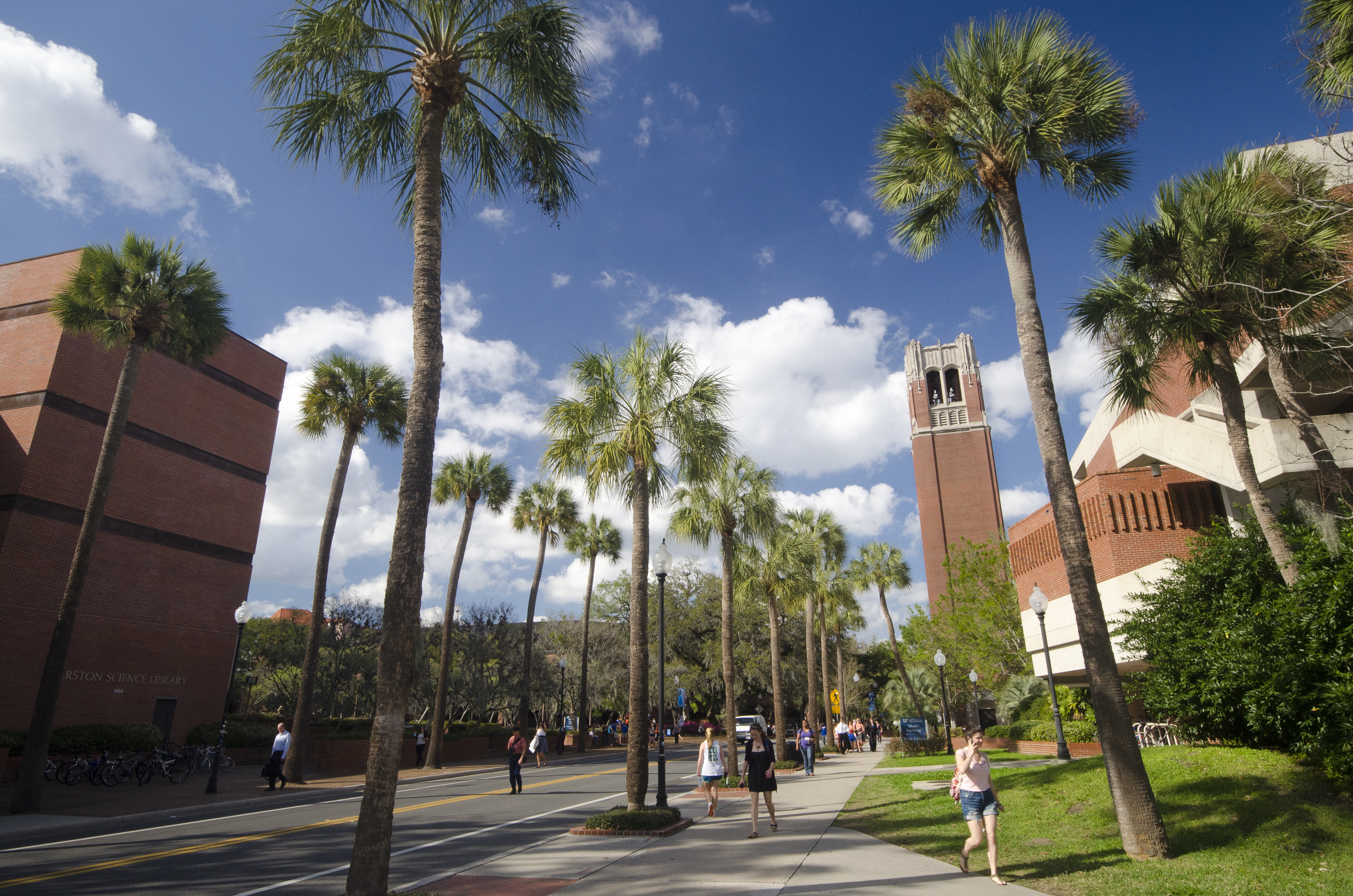 The university took charge to ensure the students’ “health, welfare, safety and morals,” Van Ness said. “I guess it has something to do with parenting, the differences between parenting young women as opposed to young men. I think they were trying to regulate their behavior, their sexual behavior.”

The university also outlined several “guidelines,” which female students were expected to follow.

“When we went to the football games, we were expected to dress up, wear our Sunday best,” Plaut said. “We wore suits and high heels and stockings. I wore gloves when I went to football games.”

Those who broke the rules were referred to their dorm’s judicial board for punishment. Breaking curfew, for example, could lead to what Plaut referred to as “campusing.”

“You were confined to the dorm for the weekend. You were not allowed out for the evenings,” Plaut said. “You would have to stay in as punishment if you were late getting in. It was worse than my parents.”

Having grown up in the South, Plaut says such rules were meant to “protect” women.

“I think we were all used to women having much more restrictive rules then. So we just knew that we had to sort of put up with that.”

This all came at a time of great cultural and political upheaval. Plaut’s final semester corresponded with the rise of the women’s movement.

“About the time I was graduating, things were really starting to change,” Plaut said. “There was a lot of questioning,” about women’s rights, civil rights, and the rights of young adults, who were drafted to go to war at 18 but couldn’t vote until 21.

During Plaut’s senior year, she and other female student leaders drafted recommendations to dissolve the rules governing women. And though Plaut graduated before these rules were replaced — that happened in 1969 — she remained political.

After graduation, she worked in medical research and as a medical social worker, refusing to take positions at companies that restricted jobs for women. She volunteered on a political campaign to elect Barbara Mikulski as the first woman to the U.S. Senate. She has remained active into retirement, joining the League of Women Voters after moving back to Gainesville in May 2013.

Resnick, who served for more than 30 years as a counselor and professor at the university, said today’s generation of students are less inclined to label themselves feminist.

“There was a lot of energy around a lot of the (women’s) issues because there was clear discrimination,” Resnick said about her generation’s feminists. “The issues that remain are not as salient.”

Plaut hopes this doesn’t lead to complacency. She fears that the progress she and her contemporaries have made could shift backward, if younger women are not vigilant about protecting their rights.

“You look at the history of women’s rights, and there is always going to be somebody that wants to put women down, that’s going to want to put them back into very restrictive roles,” she said. “And you look around globally and there are so many countries where women do not have rights that we take for granted.”

This spring, Plaut is busy applying the knowledge she acquired in her class to her own gardening – such as how to put the “right plant in (the) right place,” and how to work with the plants’ final growth patterns, so her garden beds won’t look haphazard.

In the meantime, she’s considering courses for the upcoming fall semester. The next class she hopes to audit: women’s studies.

Left: University of Florida alum Judy Plaut, 69, and current student Gabby Nease, 20, examine plants in one of the greenhouses on the Gainesville, Florida, campus. Video still by Steve Mort/PBS NewsHour