Every elementary school student knows that Feb. 22 is George Washington’s birthday. Far fewer (if any) know that it is also the birthday of the Nobel Prize-winning scientist Renato Dulbecco. While not the father of his country — he was born in Italy and immigrated to the United States in 1947 — Renato Dulbecco is credited with playing a crucial role in our understanding of oncoviruses, a class of viruses that cause cancer when they infect animal cells.

Dulbecco was born in Catanzaro, the capital of the Calabria region of Italy. Early in his childhood, after his father was drafted into the army during World War I, his family moved to northern Italy (first Cuneo, then Turin, and thence to Liguria). A bright boy, young Renato whizzed through high school and graduated in 1930 at the age of 16. From there, he attended the University of Turin, where he studied mathematics, physics, and ultimately medicine. Dulbecco found biology far more fascinating than the actual practice of medicine. As a result, he studied under the famed anatomist, Giuseppe Levi, and graduated at age 22 in 1936 at the top of his class with a degree in morbid anatomy and pathology (in essence, the study of disease).

Soon after receiving his diploma, Dr. Dulbecco was inducted into the Italian army as a medical officer. Although he completed his military tour of duty by 1938, he was called back in 1940 when Italy entered World War II. He saw heavy action at the front in France and, then briefly, on the Russian front. In 1942, he was badly injured during a Russian offensive and was hospitalized for several months before being sent home. After Mussolini’s Fascist government collapsed in 1943, he joined the resistance against the German occupation. For a brief period after the war, he was a city councilor in Turin but, thankfully, for the cause of science and medicine, he decided politics was not his bowl of pasta.

It was around this time that he resumed his biological studies at Turin. But in 1947 he was invited by two close Italian colleagues (the microbiologist Salvador Luria and neurologist Rita Levi-Montalcini, each of whom would go on to win the Nobel Prize for Medicine or Physiology; Luria in 1969, with Max Delbrück and Alfred Hershey and Levi-Montalcini in 1986, with Stanley Cohen) to work at Indiana University in Bloomington. There he focused on the genetics of bacteriophages—a fascinating class of viruses that infect bacteria and which were famously featured as a sort of biological character in Sinclair Lewis’s 1925 Pulitzer Prize winning novel, “Arrowsmith.” While in Bloomington, he also befriended James Watson who with Francis Crick would go on to discover DNA in 1953 and in 1962 win the Nobel Prize for Medicine or Physiology.

In 1949, Dulbecco moved from Indiana to the California Institute of Technology where he worked with the famed virologist Max Delbrück. At Cal Tech, Dulbecco developed several elegant quantitative methods to study the genetics of animal viruses. In the late 1950s, he turned to what became his greatest contribution to science, the study of oncoviruses—first the Rous sarcoma virus and eventually the polyoma virus and SV (Simian Virus) 40. 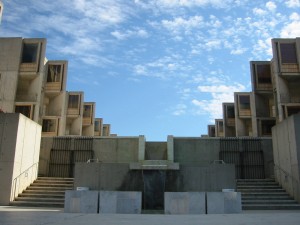 In 1962, Dulbecco took up scientific residence at the Jonas Salk Institute in La Jolla, Calif. There, he conducted his most fruitful work on how oncoviruses, or tumor viruses, transformed normal cells into malignant ones. For example, he and his associates demonstrated that the genetic material of an oncovirus became integrated into the DNA of a host cell, which is a critical step in transforming the growth of a cell from normal to malignant. In 1972, he moved, again, to the Imperial Cancer Research Fund Laboratories in London. Dr. Dulbecco was awarded the Nobel Prize in 1975, along with David Baltimore and Howard Temin (a former student of Dulbecco’s), “for their discoveries concerning the interaction between tumor viruses and the genetic material of the cell.”

In a very real sense, Baltimore and Temin’s landmark work grew out of Dulbecco’s pioneering research. Baltimore and Temin elucidated the role reverse transcriptase (an RNA-dependent DNA polymerase) plays in the transfer of the viral genes to the cell. Reverse transcriptase is an enzyme that produces complimentary DNA from an RNA template. The discovery of this fascinating enzyme explained how the newly created DNA, from an oncovirus, for example, was then incorporated into the host genome where it typically transforms the function of the once normal cell.

Relatively few forms of human cancer are caused by oncoviruses, such as specific strains of the human papilloma virus that cause cervical cancer. Nevertheless, Dulbecco’s work facilitated our understanding of how these viruses work. Perhaps more important, we now know that the ways oncoviruses transform a cell into a malignant one is remarkably similar to the process in which normal cells degenerate or mutate into cancerous ones. Such a discovery was critical in the modern understanding of cancer and the development of a number of new treatments against this dreaded disease.

Dulbecco’s work was also instrumental in elucidating the ways the Human Immunodeficiency Virus (HIV) causes AIDS and led to the development of one of the earliest drugs used to combat that disease (AZT or zidovirune), a drug still in use today as part of the highly-active antiretroviral therapy (HAART) cocktail of drugs that have been so effective in helping people live with AIDS.

After winning the Nobel Prize in 1975, Dulbecco turned his attention to the study of naturally occurring cancers, such as breast cancer, and from 1988 to 1992 he was the president of the Salk Institute. He continued to work on various projects until the age of 92, when he retired and devoted many hours to reading about the scientific breakthroughs of others, interacting with friends and colleagues, and playing the piano. Renato Dulbecco died just 4 days short of his 98th birthday on Feb. 19, 2012.

Late in his life Dr. Dulbecco shook his head in wonder as he uttered one of his most prescient observations about the profession of cancer research:

“While we spend our life asking questions about the nature of cancer and the ways to prevent or cure it, society merrily produces oncogenic substances and permeates the environment with them”.