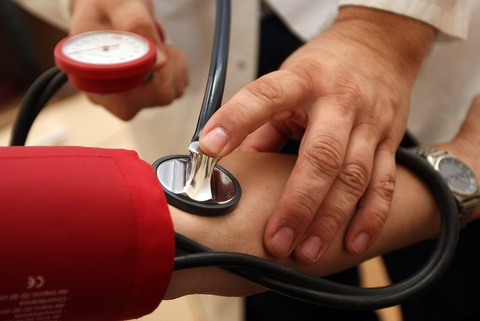 Health insurance premiums rose 4 percent for family coverage this year, well below last year’s increase and half the 8 percent average of the previous decade — largely because people used less health care in an uncertain economy.

Family plan premiums hit $15,745 on average, while premiums for single employees rose to $5,615, according to a survey of employers released Tuesday by the Kaiser Family Foundation and the Health Research & Educational Trust.

“We’re seeing people make more consumer-oriented decisions, going for less expensive treatments or deferring surgery,” said Julie Stone, senior consultant at Towers Watson, an employer benefit consulting firm that does its own survey. Still, hospitals and other medical providers “are not agreeing” to lower their prices, she said.

Although the increase is less than half last year’s 9 percent spike, the Kaiser foundation’s survey results will likely be seen through the prism of election-year politics. Premium increases are a big pocketbook issue for individuals and small businesses — something both sides have used to justify their positions on the 2010 health law. Democrats have said the federal health law is working to slow spending growth, while Republicans contend it will increase costs.

Many analysts say both sides are overplaying the law’s effect since many of its provisions are not yet in effect.

While the law’s opponents blamed it for last year’s 9 percent increase, policy analysts said the premiums rose mainly because insurers incorrectly assumed that use of medical care would rise as the economy recovered.

But Americans did not rush out to use medical services last year, nor has use jumped this year, helping hold down overall medical spending.

The historically moderate level of premium increase was “driven mostly by the weak economy that has caused some people to use less health care,” said Drew Altman, president and CEO of the foundation.

In addition, many employers continued efforts to limit premium growth by raising deductibles, among other benefit changes. For example, 34 percent of covered workers had an annual deductible of at least $1,000 for employee-only coverage, up from 10 percent in 2006.

Low-wage workers were hit hardest, paying on average $1,000 more each year toward their premiums for family coverage than workers at higher-wage firms. They were also more likely to have high deductibles, according to the survey.

The impact of the health care law, meanwhile, is “probably much smaller than the normal year-to-year variation in premiums,” said economist Paul Ginsburg at the nonpartisan Center for Studying Health System Change in Washington.

Among the rules already in place is a requirement that insurers and employers cover adult children up to age 26, which can increase premium costs. At the same time, the law requires insurers to spend at least 80 percent of premium revenue on medical care or issue rebates to consumers, which can hold down rate increases.

Overall, the law’s “impact so far on any sort of spending pattern is pretty small,” said Ceci Connolly, Health Research Institute leader at consulting firm PricewaterhouseCoopers (PwC), which in May forecast that medical spending will remain historically low this year, crediting the slow economy and increased efforts at cost-control by employers and industry.

After employers tinker with benefits, the PwC report estimates they will see premiums rise 5.5 percent next year. More than half of the employers it surveyed expect to increase worker contributions to their health coverage. Many are also expanding efforts to get workers to participate in wellness programs,
some of which include financial incentives tied to workers actually achieving certain medical goals, such as lowering cholesterol or losing weight.

Jim Lake, benefit manager at Art Van Furniture in Warren, Mich., credits such efforts with helping hold his retail company’s cost increase to 5 percent this year. To get up to 10 percent off their premium costs, workers must have several tests, including those for high blood pressure, cholesterol and blood sugar. Next year, to get their full discount, workers will also need to keep their test scores within healthy ranges, said Lake.

Lower medical spending might have been “circumstantial,” said Lake, or “perhaps we caught some problems early.” Either way, he believes that continuing education efforts will help keep cost growth down in coming years.

Expensive new technology or drugs – along with rising prices charged by hospitals and other providers — are among the biggest factors driving in medical inflation. In setting premiums, insurers base their calculations partly on those rising prices, along with estimates on how much medical care policyholders are likely to seek. Profit margins and administrative costs are also built in, although the new health law limits those to 20 percent or less of premium revenue.

Efforts to slow premium increases have failed to bring them in line with other types of inflation.

Premiums in the Kaiser survey, for example, have risen 172 percent since 1999, compared with a 38 percent rise in general inflation. During those years, workers’ wages grew by 47 percent, but their share of premium costs rose nearly four times faster — up 180 percent.

Data for Tuesday’s survey were drawn from responses gathered between January and May from more than 2,000 large and small businesses.

One of those is owned by Preston Wenger, which runs the 18-employee Wenger Tile and Plastering in Norfolk, Va. Construction has been hit hard by the sluggish economy, and Wenger’s firm has not been immune. On top of the slowdown, Wenger received an 11 percent health insurance increase this year.

Only seven employees are on the plan and one had health problems last year, which Wenger guessed is the reason for the large increase.

In the past, Wenger raised deductibles or made other changes to try to slow premium increases, but he did not make any changes this year. His company picks up half the cost for employees. Offering insurance through his company is important, Wenger said, partly because he, his wife and brother work for the firm and need health coverage.
He’s hoping the economy picks up soon, and is hesitant to hire more workers until he is sure of what will be required of small firms in the federal health law.

“I’m very much opposed to Obama’s health plan,” he said.

Under the health law, small firms like Wenger’s will be able to shop for coverage through new online markets, called exchanges, starting in 2014. Because he has fewer than 50 workers, his firm would be exempt from the financial penalties tied to not offering coverage.

Many economists predict that the exchanges and new rules that go into effect in 2014 will moderate year-to-year premium volatility for small businesses. Those rules say health status can’t be used by insurers in setting premiums. The law also limits how much more insurers can charge older policyholders than young ones, which might make coverage more expensive for younger people but reduce rates for older ones. That will affect businesses depending on their mix of old and young employees.

Wenger said something has to be done about health costs.

“We need to provide a floor, a catastrophic or basic health plan,” he said.