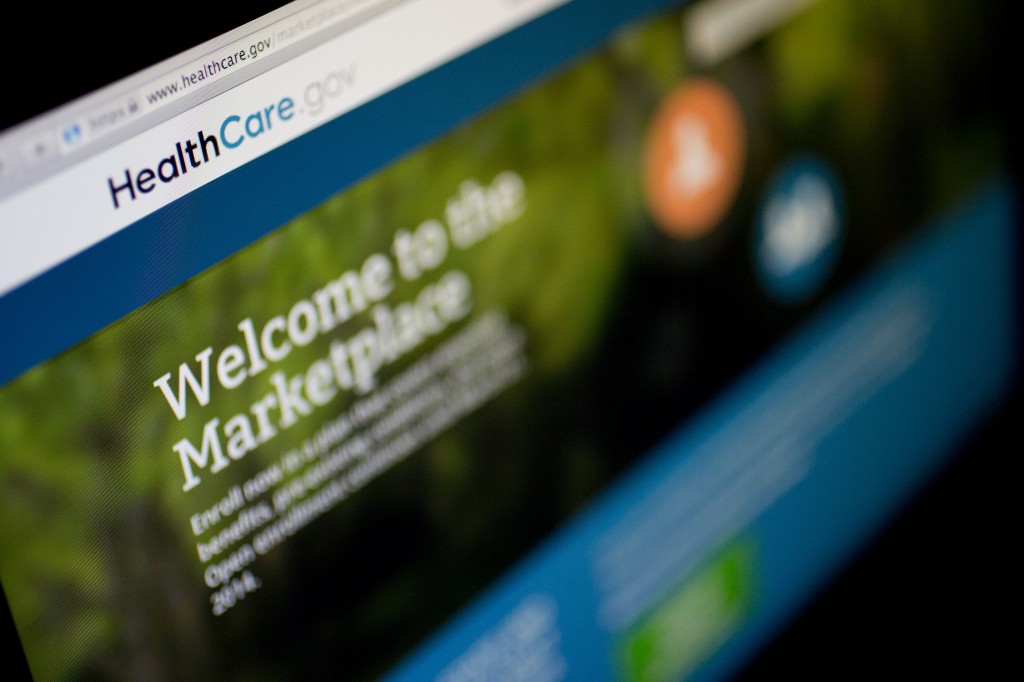 Albright added that more than 100,000 people are using the system simultaneously Monday, which is deadline day for sign-ups on HealthCare.gov.

Visitors to HealthCare.gov on Monday morning saw messages that the site was down for maintenance. At times the visitors were also directed to a virtual waiting room — a feature designed to ease the strain on the site during periods of heavy use.

Administration spokesman Aaron Albright said the website undergoes “regular nightly maintenance” during off-peak hours and that period was extended because of a “technical problem.” He did not say what the problem was, but a statement from the Department of Health and Human Services called it “a software bug” unrelated to application volume.

Albright said consumers seeking to sign up will be able to leave their email were to be “invited back” when the system got up and running again.

Officials said the website wasn’t hacked. The site, which was receiving 1.5 million visitors a day last week, received about 2 million a day over the weekend.

Albright said the website is typically down for maintenance during the period from 1 a.m. to 5 a.m. EDT, and that as a result of the technical problems the site was down for close to four additional hours before returning to full strength Monday morning.

The sign-up website had been taken down briefly Friday, with consumer interest surging. Lately the site has been getting about 1.5 million visits a day.

A recent analysis for The Associated Press by the performance-measurement firm Compuware found that the government site runs slow compared with health insurance industry peers.