How a Doctor Discovered U.S. Walls Were Poisonous 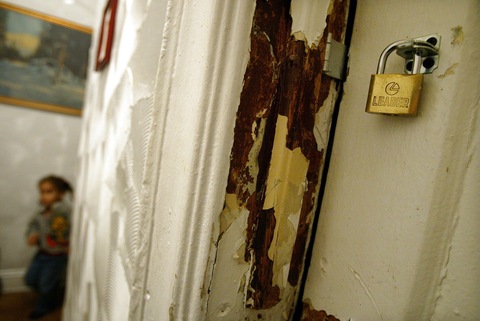 In a monthly column on the PBS NewsHour website, Dr. Howard Markel revisits moments that changed the course of modern medicine. Above: A child with high levels of lead in her blood stands next to a peeling lead paint wall in her family’s apartment in New York. Photo by Spencer Platt/Getty Images.

Humans have mined and used lead for over 6,000 years. Across time, the pliable, soft metal has been fashioned into tools and utensils, used as a sweetener for wines, and even to provide an extra kick to a gallon of gasoline or add a gleaming sheen to a coat of paint. 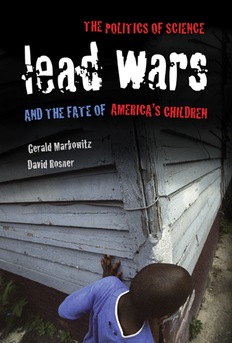 Doctors have recognized that high doses of lead are downright poisonous since, at least, the days of Hippocrates. But it was not until March 29, 1979 that a pediatrician and child psychiatrist named Herbert Needleman first documented the dangers of even the lowest forms of lead exposure. This medical detective story is one of many disturbing and intertwining tales told in a fascinating new book, “The Lead Wars: The Politics of Science and the Fate of America’s Children,” by Gerald Markowitz and David Rosner.

Lead interferes with the normal functioning of just about every cell in the body because it chemically displaces elements that are essential to daily life, such as calcium, zinc and iron. So lead can botch up the elegant way red blood cells carry and deliver oxygen, how one moves his muscles or her limbs, and, perhaps most importantly, the transmission of electrical messages by the brain. Because the brains and bodies of young children are still developing and growing on a daily basis, lead is especially harmful to youngsters.

For much of the 20th century, the worst cases of lead poisoning garnered all the attention from doctors. Severe lead poisoning is a bona fide medical emergency characterized by children with horrific seizures that simply do not stop, severely swollen brains, and, too often, death.

Sometime in the late 1950s, however, Dr. Needleman observed that patients with milder cases of lead poisoning kept returning to the emergency room soon after being treated. And when these children would return for follow-up visits, Needleman noted a number of unruly behaviors among many of them.

Sadly, these children lived in homes — typically unkempt slum houses in the inner city — riddled with lead paint flaking off the walls and windowsills. Small children, who tend to explore the world with their mouths — like eating the lead chips because they taste sweet.

When lead paint chips are broken down, one is left with a toxic dust that is easily inhaled. Paint companies were required to remove lead from their products in 1978. 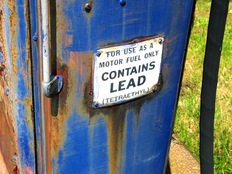 Lead in gasoline wasn’t banned by the U.S. government until 1996. Photo courtesy of Flickr user taberandrew.

Nevertheless, more than 38 million homes in the United States contain deteriorating lead painted walls. Landlords refuse to abate these homes because it costs so much money; the renting parents have neither the funds nor access to safer housing elsewhere.

Making matters even worse, for decades, Americans were constantly exposed to lead in the form of lead gasoline fumes. Lead remained a gas additive (it makes engines run smoother) until the U.S government began reducing the lead gas content in 1972 and completely banned it in 1996.

Hypothesizing that no amount of lead was safe, Dr. Needleman focused on the psychological effects of much lower levels of lead poisoning. It was an idea that changed the entire science of environmental toxicology. Rather than studying how much of exposure to a particular toxin it took to kill someone, he insisted on ascertaining the minimum amounts that cause subtle but, nevertheless, damaging effects. Eventually, science and the technology to measure trace but dangerous exposure to environmental toxins caught up with his theory.

Lead typically settles in the bones and teeth of the body. Consequently, Needleman collected the “baby teeth” — an easy and painless way to gather bone samples– of first and second graders living in Boston, some of whom had been exposed to a lot of lead and others who had not. What he found was that the children with high dentine lead levels scored far less well on IQ tests than those kids with low lead levels.

He reported these findings in a landmark paper in the New England Journal of Medicine on this very day, some 34 years ago. The research that followed showed how low levels of lead exposure can set in motion a wide range of learning disabilities, anti-social behaviors, and even mental health disorders. As Needleman famously explained, “lead is a brain poison that interferes with the ability to restrain impulses. It’s a life experience which gets into biology and increases a child’s risk for doing bad things”. 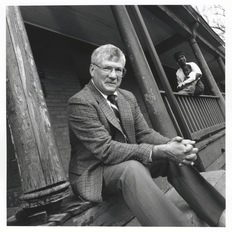 Not surprisingly, Needleman made real enemies among those working in the lead industries who feared the financial ramifications of the lawsuits resulting from tying decades of lead paint exposure to the poor health of millions of children. These corporations waged a 13-year war by ferreting out Needleman’s work for every mistake and error.

Hiring a team of scientists, the lead companies and their surrogates accused him of scientific research fraud, falsification and plagiarism. None of these charges stuck. In 1992, the U.S. Office of Research Integrity acknowledged that while some human errors appeared in his published papers, these errors did not refute the results and exonerated Dr. Needleman of all charges of fraud. Fortunately, by this point of time, a large cohort of researchers had reproduced and broadened Needleman’s findings.

Despite the overwhelming body of science on this danger, millions of American babies and children are at risk to be poisoned on this anniversary of the discovery of just how damaging lead could be to the developing brain. Who will pay to abate such an environmental hazard — the landlords, the lead paint producers, the government, everyone — remains to be seen, as the usual subjects duke it out in courtrooms across America.

For more than a decade, the lead industry, their lawyers and a team of highly paid scientists fought, fumed and sued to discredit Needleman’s work. Fortunately, he survived these attacks and the nation’s children are the healthier for it. We still have a long way to go in the fight to “get the lead out” of our environment, but Dr. Herbert Needleman’s heroic scientific sleuthing made it a great deal more imperative.