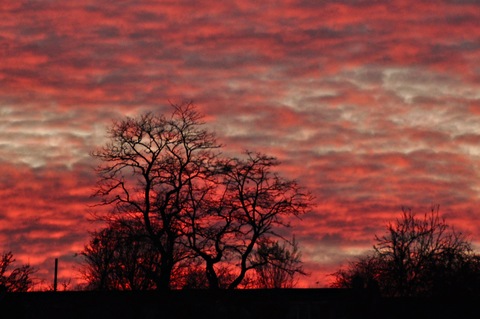 The experiment: Remove 100 million trees in the eastern and midwestern United States over the course of 10 years and see what happens.

In the 15 states infected with the emerald ash borer — which killed all 100 million of those trees — an additional 15,000 people died from cardiovascular disease and 6,000 more from lower respiratory disease compared with uninfected areas of the country.

After studying data from 1,296 counties and accounting for other variables, research forester Geoffrey Donovan and his team at the U.S. Forest Service concluded that having fewer trees around may be bad for your health. Their study — published recently in the American Journal of Preventive Medicine — concluded that there’s an associative link between trees health and human health. Proving a direct, causal link will take much more research.

When the PBS NewsHour published a discussion with Donovan earlier this week, many viewers remained quite skeptical. One wrote that “this hypothesis has no more scientific validity than a theory that the darkness of night causes mice to spontaneously generate.” The questions multiplied when the story was posted on reddit and Slashdot.

Joining us once again to answer a representative set of those questions is Geoffrey Donovan.

Comment 1, from reddit user eloiserat: What if there was some other thing making the trees susceptible to the tree borer that’s killing them? How did you account for other causes of death?

Donovan: An enormous range of things can affect our health, so it is right to be skeptical of our claim that we were able to isolate the effect of trees. We took into account all the other causes of death in three ways. First, we accounted for trends over time. For example, health care improved during the 18-year study period, and we wanted to make sure that we weren’t accidentally picking up this effect. Second, we accounted for demographic differences between counties. For example, we know that poorer people tend to have more health problems, so we were careful to account for income. Finally, and this is difficult to explain, we accounted for the things that we couldn’t measure. How on earth do you take account of something you can’t measure? You compare mortality in the same county across multiple years. Some counties will have higher or lower mortality for reasons you can’t explain, but you don’t need to know why to take account of it.

Comment 2, from NewsHour viewer mollycruz: It strikes me that when trees go, roads and cars come, and I suspect air pollution could be responsible for the curve upward in diseases long associated with exhaust fumes. Did you look into the link between pollution and the death of both trees and humans?

Donovan: I agree that the loss of trees may result in worse air quality. That’s why we looked at two causes of death (cardiovascular and lower respiratory disease) that are influenced by air quality. However, I don’t think this is because of increased development. That said, our results don’t tell us for sure what mechanisms link trees and health. I can speculate, but this is a question that needs more study.

Comment 3, from Slashdot user dkleinsc: Your basic hypothesis was that “trees improve people’s health.” There’s no particular reason why that hypothesis would be true. And I say that as someone who enjoys walking around in the woods. In fact, for those with nasty allergies, trees can be positively bad for your health.

Donovan: You’re right to point out that trees can increase allergies. Indeed, a recent study in New York showed this. However, trees can also uptake pollutants. In addition, they lower temperatures, which helps reduce the production of ground-level ozone. Most research shows that, on balance, trees improve air quality. We also know from several experiments that putting people in a natural environment reduces markers of stress such as heart rate, blood pressure, and salivary cortisol. And stress has a well-documented effect on cardiovascular disease.

Comment 4, from reddit user sylphs: If the study’s conclusions are true, are there higher rates of illness in desert areas? Cities?

Donovan: Great question. The narrow answer is that this study was limited to the Midwest and East Coast, so it doesn’t apply directly to people living in the desert. However, I suspect that exposure to a sweeping desert vista would also have some health benefit. Trees are just one component of the natural environment. In addition, people in the desert plant and maintain trees in environments that they normally wouldn’t grow in. Indeed, several desert cities, including Phoenix, have explicit goals to expand tree planting. This suggests that even desert residents appreciate trees.

Comment 5, from reddit user suninabox: Correlations and the associated inductive reasoning (of this kind) are some of the weakest forms of evidence science has to offer. In fact, almost no major scientific discoveries have been made using such evidence alone. For specialists in the field, such studies can be useful to hone in future studies, but the number of possible variables that aren’t accounted for in these studies make them absolutely useless to laypeople. It convinces a bunch of people something is true (trees dying is bad for your health) when in fact all it really is is one very minor data set in a far grander tapestry, that could mean anything until you piece together all the other millions of pieces to see what it makes up. Do you agree with this assessment? What’s the value of a study like yours if it only shows a potential relationship? Should the media refrain from reporting on a study like this?

Donovan: I appreciate the questioner’s skepticism. Human health is indeed an enormously complex thing, it would seem impossible to pin down the effect of something like trees. This is why the spread of the emerald ash borer was such a unique opportunity. It killed 100 million trees in 10 years across counties with very different demographic makeups. Even so, it took a lot of additional data collection and some tough statistical analysis that brings back bad memories to isolate the effect of the bug. Did this analysis prove a causal relationship? Absolutely not, but this type of observational research has made some major breakthroughs when it was impractical, unethical, or prohibitively expensive to conduct an experiment. For example, in 1854, John Snow discovered how cholera is transmitted using the same sort of basic study design as we used. Observational research also discovered a link between smoking and lung cancer and between lead exposure and mental development in children. These studies provided invaluable insight without forcing people to drink lead paint or raw sewage.

The charge that we used inductive reasoning is odd, because, outside mathematics, all science is inductive. People want absolute answers, but science can only offer degrees of certainty. This is not to say that reasonable people can’t disagree about the strength of evidence, but if you’re seeking complete certainty, all science will be a disappointment.

Should the press report these studies? Yes, I strongly believe they should. Will a reporter always get the story right, and will readers always understand all the nuances of a study? No. However, I’m a publicly-funded scientist, and I have a responsibility to produce research that helps people make better informed decisions, and they can’t make better informed decisions if they don’t know about the research. Also, people have a right to know how their taxes are being spent.

It can be tough trying to explain my research to a general audience, but I welcome the opportunity to try, and I’m very grateful that people are interested enough in my work to ask me questions.

Comment 6, from reddit user Fencepost7: Where was this study conducted? Ohio, which has one of the largest infestations, has a small percentage of ash trees. Seems unlikely that a small decline in the total numbers of trees would cause all these problems.

Donovan: If ash trees were evenly distributed across an area, then this might be an issue. However, some neighborhoods have a lot of ash, as these two pictures by Dan Herms of Ohio State University illustrate. 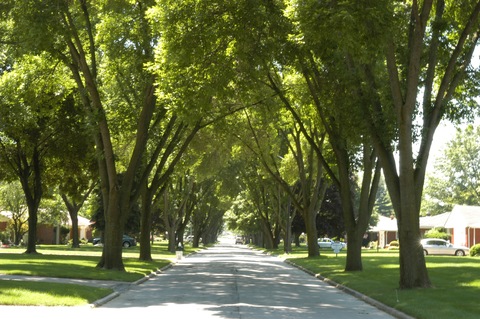 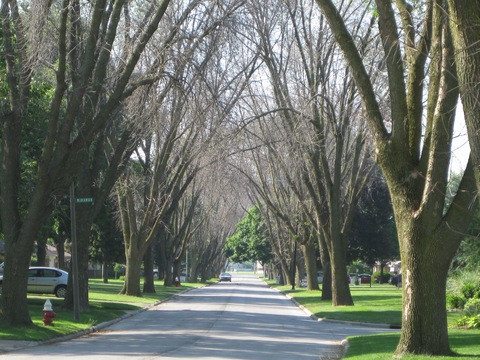 Comment 7, from reddit user johnnyfiv3: The Great Recession happened to overlap with this era of beetle infestation. Could the human death rate have been tied to the recession during this period rather than a decrease in the number of trees present?

A final word: Without six smart and committed coauthors, this study would never have been done.