How Dr. Arthur Conan Doyle cracked the case of the tuberculosis ‘remedy’

Sunday marks the birth of the man who created the world’s greatest detective, Sherlock Holmes. On such a grand occasion, I cannot resist reprising one of my favorite medical detective stories.

It involves the great British author and physician, Arthur Conan Doyle (creator of Sherlock), and the Nobel Prize winner and bacteriologist extraordinaire Robert Koch. I first wrote about this episode several years ago in the New England Journal of Medicine and have repeated it to hundreds of medical students and physicians over the past decade. But the opportunity to share this story with the PBS NewsHour community, on the author’s 157th birthday, is simply too irresistible.

On Aug. 4, 1890, Kaiser Wilhelm II invited 6,000 physicians from around the world to attend the 10th International Medical Congress in Berlin. A long list of medical superstars of this era headlined the lecture program.

The lecture they all eagerly awaited was delivered on the afternoon of Aug. 6. The speaker was none other than Dr. Robert Koch, the distinguished professor of hygiene and bacteriology at the University of Berlin. Koch was world-renowned for discovering the microbial causes of anthrax (in 1876), tuberculosis (1882) and cholera (1883). His four “Koch’s Postulates,” which set up a scientific framework to prove that a particular microbe causes a specific infectious disease, revolutionized medicine.

The physicians seated in the stifling hot auditorium were not disappointed. Dr. Koch announced that he had extracted lymph from his patients that he believed could work as “remedy for tuberculosis.” In a world connected by telegraphs and multiple editions of newspapers — as well as a world in which tuberculosis was a leading cause of death and illness — Dr. Koch’s discovery was widely reported in medical journals, magazines and newspapers around the world. 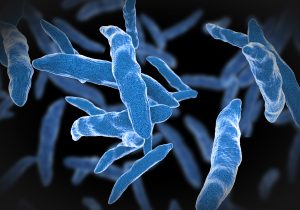 Worldwide, between 2 and 3 billion people are infected with tuberculosis according to the WHO. About 9 million people fall ill with the disease every year.

Yet Dr. Koch was no charlatan. He was careful to state explicitly, both in his lecture and the published versions of it, that he had not discovered a “cure” for TB. Instead, he reported his “remedy” destroyed the tissue in which the tuberculosis germs had settled, so that, hopefully, the entire diseased area would simply be sloughed off and then expelled through coughing. Koch was also careful to state that the remedy worked best in cases that were “not too far advanced,” although he theorized it might be of some benefit in patients with large pulmonary cavities. Few of the newspaper reports spent much time reporting those caveats.

One person who read about Dr. Koch’s discovery was Arthur Conan Doyle, a young general practitioner saddled with a fledgling practice in Southsea, England. During the long stretches of time between appointments with his patients, the doctor took up his fountain pen and wrote beautiful essays, stories and even novels. In 1887, he published his first novel, “A Study in Scarlet,” which appeared in “Beeton’s Christmas Annual.” “A Study in Scarlet” was a compelling tale that introduced the world to a detective who wore a deerstalker cap and cape, smoked a pipe and solved crimes using a method he called “deductive reasoning,” which was actually based on the diagnostic approach of a doctor.

In his 1924 autobiography, Doyle described the Koch announcement and the events that followed as “life transforming.” Only a few hours after reading the translation of Koch’s paper Doyle dashed out of his house and boarded a train for London, hoping to get to Germany as soon as possible. He later recalled, “I could give no clear reason for doing this, but it was an irresistible impulse and I at once determined to go. Had I been a well-known doctor or a specialist in consumption it would have been more intelligible, but I had, as a matter of fact, no great interest in the more recent developments of my own profession.”

Within a day after analyzing the clinical data, Doyle came to a startling conclusion.
Once in London, Doyle met with W.T. Snead, the editor of the popular magazine Review of Reviews. After pitching an article about Koch’s discovery, Snead approved and gave the young physician-reporter a letter of introduction to some prominent Berliners who might help him.

Doyle crossed the Channel to France by boat and then took the train to Berlin, arriving there on Nov. 16. Doyle quickly made his way to the university where Koch’s colleague, Dr. Ernst von Bergmann, was scheduled to demonstrate the tuberculosis remedy the following morning. Doyle hit a major roadblock when he learned that tickets to Bergmann’s clinical demonstration were “simply not to be had and neither money nor interest could procure them.”

Doyle next appeared, unannounced, at Koch’s home. Dr. Koch’s butler told him that the professor was unavailable. As Doyle later recounted, “To the Englishman in Berlin, and indeed to the German also, it is at present very much easier to see the bacillus of Koch than to catch even the most fleeting glimpse of its discoverer.”

On Nov. 17, Doyle returned to the University of Berlin, hoping to crash the lecture. Neither bribes nor his clumsy attempts at slipping by the ticket taker secured him entry. Nonetheless, a determined Doyle patiently waited for Dr. Bergmann to arrive. When he did, Doyle physically threw himself in the path of the physician, causing a pileup of the other doctors who made up the professor’s retinue.

Even from the distance of 125 years, it is difficult not to be impressed by how Conan Doyle figured the matter out so quickly, while it took one of the most illustrious medical detectives in the world many more months.
“I have come a thousand miles. May I not come in?” begged Arthur. The query prompted the senior physician to stop and haughtily reply: “Perhaps you would like to take my place? That is the only one vacant!” Humiliated by jeers of those who did possess the necessary tickets for entry, Conan Doyle made his way out of the hospital. Fortunately, a tuberculosis specialist from Detroit named Henry J. Hartz promised to meet with Conan Doyle later that afternoon and share his notes on the demonstration. Even better, the following morning, Hartz quietly escorted Doyle into Bergmann’s clinical wards to examine the patients who had received Koch’s lymph.

Within a day after analyzing the clinical data, Doyle came to a startling conclusion: “The whole thing was experimental and premature,” he wrote first in a letter to the editor, published in the London Daily Telegraph on Nov. 20, 1890, and then, more definitively, in his long article for the Review of Reviews, which ran in December of that year. While the rest of the world rejoiced over the reported conquest of tuberculosis, Doyle argued that “Koch’s lymph” might remove traces of the diseased tissue, but it left deadly germs “deep in the invaded country.” Its real value, Doyle asserted, was as “an admirable aid to diagnosis,” in that a “single injection” would help doctors decide definitively whether a patient was “in any way tubercular.”

Doyle was absolutely correct in his conclusions.

Koch’s lymph, or what we now refer to as tuberculin, was essentially a glycerin extract of a pure culture of tuberculosis microbes. In the decades before the development of the much safer purified-protein-derivative (PPD) test for tuberculosis, this “lymph” became an essential diagnostic tool to detect whether or not a person was, in fact, infected with the tuberculosis germ.

A few months later, in early 1891, after several highly publicized treatment failures and a few deaths associated with the administration of the so-called curative medication, Dr. Koch publicly retracted his earlier announcement. The lymph, he explained, was an excellent means of diagnosing tuberculosis but an actual cure for the “White Plague” was nowhere in sight.

Even from the distance of 125 years, it is difficult not to be impressed by how Doyle figured the matter out so quickly, while it took Dr. Koch, one of the most illustrious medical detectives in the world, many more months to realize his error.

This was no “elementary” case. But it does gives us one more reason, as if we needed any more, to celebrate the birthday — and acute mind — of Sherlock Holmes’s creator, Sir (and Doctor) Arthur Conan Doyle.

Left: In the late 19th c., Arthur Conan Doyle, solved a medical mystery about a tuberculosis diagnosis tool before the doctor who invented it.