How ‘Going Under the Knife’ Became Much Less Deadly 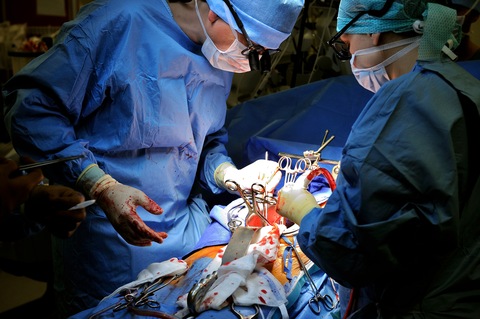 Dr. Howard Markel revisits moments that changed the course of modern medicine, like the advent of antiseptic surgery, in a monthly column on the PBS NewsHour. Photo by Philippe Huguen/AFP/Getty Images.

Today, every patient reasonably expects that before going “under the knife,” the surgeon will ensure that all the necessary instruments, as well as every other aspect of the operating room and those in it, will be scrupulously clean and sterile.

Yet well into the 19th century, scalpels, retractors and other tools of the surgical trade were rarely cleaned between operations. The result was often a rip-roaring infection, gangrene and even death, making that old adage “the operation was a success but the patient died” a macabre reality. 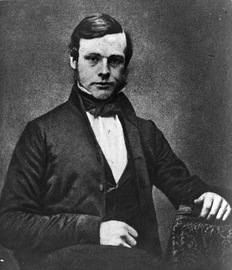 British surgeon and founder of antiseptic surgery Joseph Lister as a young man.

Although physicians such as Ignaz Semmelweis and Oliver Wendell Holmes Jr. admonished their colleagues as early as 1847 to wash their hands between examining patients to reduce the spread of infection, most doctors ignored such sage advice. These 19th century practitioners prided themselves on operating in bloody, frock coats tainted with the detritus of operations past.

This decidedly dirty practice all changed thanks to an enterprising British surgeon named Joseph Lister (1827-1912). Fascinated by the discoveries made by the French microbiologist Louis Pasteur, Lister became convinced that the post-operative infections he contended with on a daily basis might be reduced if instruments and wounds were cleaned with a solution that killed germs before they had a chance to wreak havoc.

Beginning in the mid-1860s, Lister began experimenting with the use of a powerful antiseptic called carbolic acid. Before each operation, he would dutifully spray his instruments with the stuff as well as apply it to the surgical incisions he made and the dressings he applied after the procedure. 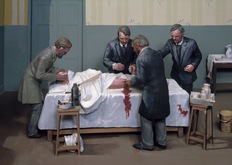 Lister had his “Eureka moment” shortly after the 23rd of June, 1866, when he was called to treat a seven-year-old boy whose right leg had been run over by a horse-driven omnibus resulting in a compound fracture — the breaking of a bone so severely that it pokes through the soft tissue and skin — of the tibia. For many, such injuries quickly ended in death in those not-so-good old days of medicine.

Carefully applying carbolic acid during the operation and to the wounds for a full six weeks after, Lister was overjoyed to find that the boy’s broken bones had joined back together without nary a trace of infection. Lister had accomplished what had heretofore been next to impossible. He saved the boy’s severely damaged leg and, in fact, his life by preventing a post-operative infection.

The surgeon knew he had a tiger by the tail and gathered his clinical data to write up a six-part article entitled “On a New Method of Treating Compound Fracture, Abscess, etc., with Observations on the Condition of Suppuration.” 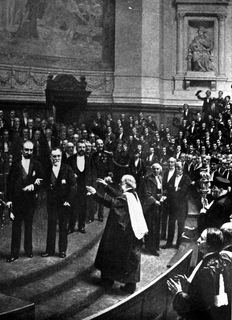 These dispatches appeared in the venerable British medical journal “The Lancet” beginning in March of 1867 and concluding 146 years ago Saturday, on July 27, 1867. It was a classic piece of scientific investigation that, literally, changed the world.

Lister left Glasgow in 1869 for the prestigious chair of surgery at the University of Edinburgh in 1869. For the next several decades, he continued to advance his craft with his careful attention to cleanliness.

As better and better results were observed by those surgeons practicing Lord Lister’s antiseptic measures in concert with a number of striking discoveries on the germ theory of infectious disease, the surgical profession carried these techniques even further to create the sterile, aseptic environment of an operating room.

Procedures such as donning sterilized surgical gowns and rubber gloves are still practiced to this very day. The point of these precautions is to prevent the entrance of bacteria into surgical wounds in the first place.

And it all began with one observant surgeon electing to clean up before he made a mess.