In Wake of Health Reform Decision, Medicaid Expansion in the Crosshairs

To hear some health officials tell it, they thought they had won the lottery back in 2010 when the Affordable Care Act was signed.

Not only did it provide a mechanism for states to get more Americans to buy health insurance through state-based health insurance exchanges, it also had provisions to make it possible for millions more to obtain coverage through Medicaid. That’s the shared federal-state program that provides health care for people with low incomes, as well as the disabled and the elderly. 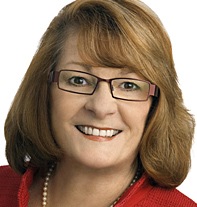 But in the days since the Supreme Court decided that states could choose to opt out of the expansion and not face financial penalties for doing so, some state governors and attorneys general are saying “wait a minute.” They’re expressing reservations about whether they really want the billions of dollars the federal government is offering to spend to get low-income people covered.

Under the law, Washington would pick up 100 percent of the cost of bringing about 17 million Americans into the Medicaid program. By 2020, that would drop to 90 percent, with the states picking up 10 percent indefinitely.

Some states see that as a good deal, and for good reason, said Genevieve Kenney, a senior fellow at the Urban Institute.

“States spend a lot on uncompensated care and they spend a lot on mental health services, and that care is funded often without federal dollars,” she said. “So I think that will be a factor that sates will weigh heavily.”

But since the law was signed in 2010, state and local governments across the country have been going broke under the weight of the sour economy and dwindling tax revenues. They’ve had to lay off teachers and firefighters and close parks, recreational facilities and programs for the mentally ill.

Now that the Court has ruled that it would be unconstitutionally coercive for the federal government to withhold all Medicaid funding if a state decides not to participate in the expansion — Chief Justice John Roberts compared that to “a gun to the head” — many say they plan to sit this one out.

If Florida and a few of the other states with high numbers of uninsured residents elect to opt out of the Medicaid expansion, it could have a huge impact. According to the Urban Institute, three states have more than a million uninsured people potentially eligible for coverage under the expansion: California, Texas, and Florida, with 2.9 million, 2.5 million, and 1.8 million, respectively.

It wasn’t very scienfitic but the NewsHour polled a few other states on this issue to see where they stand and here is what we found:

Alabama: too early to tell.

Virginia: Attorney General Kenneth Cuccinelli called the Medicaid expansion “coercion” by the feds and said the state could “opt out.” But Cindi Jones, the director of the state’s Department of Health and Human Services, told the NewsHour, “there are too many unknowns at this time” to know for sure.

Nevade: Gov. Brian Sandoval said his state “may not opt in.”

Mississippi: Lt. Gov. Tate Reeves said an expanded program would add 400,000 new people to the Medicaid roles. He felt his state “simply cannot afford that cost so our state is not inclined to drastically expand Medicaid.”

Louisiana: Gov. Bobby Jindal said his state is “not going to start implementing Obamacare.” But on Friday, he told reporters that this might be an opportunity for the federal government to “go to the states and negotiate” to convert their Medicaid dollars into unrestricted lump payments that would give states more control of their state’s basic Medicaid eligibility requirements, as well as the program’s expansion. (White House Chief of Staff Jack Lew rejected that idea on ABC’s “This Week” on Sunday: “We think it’s important to protect Medicaid as something that people have a right to in whatever states they’re in, and there have to be some requirements that states meet about who’s covered and what’s covered.”)

That’s just a sampling. But given the fact that so many were at least considering the option of not going forward with the Medicaid expansion, we went to few experts to ask what they thought it means.

“This is just backlash posturing,” said Kaiser Family Foundation Vice President Diane Rowland, an expert on Medicaid and the uninsured. “People are in the political calculation stage” and certainly know many of their residents would benefit from the heath care the extension would provide. But she said right now “people are in reactive state.” She thought the fall presidential elections would bring more clarity to the table and bring the issue “out of the land of uncertainty.”

Joe Antos, a health economist at the conservative American Enterprise Instititute, said last week’s decision did not offer any answers as to how the Medicaid expansions’ technicalities would be handled. It thus, he said, gave rise to feelings of uncertainly about it.

Another thought there would be no firm decision made about participation in the Medicaid expansion until after the election, echoing Rowland’s sentiment that we are now into “the land of uncertainty,” governed by the whims of politics.

If that’s the case, any firm decisions about participation in the Medicaid expansion won’t come until we all know who’s going to be the next president.

Be sure to tune in to the PBS NewsHour broadcast later this week for Betty Ann Bowser’s full report on the implications of the Supreme Court’s Medicaid decision for states and health care providers.