Inside the growing business of mothers’ milk

PALM SPRINGS, Calif. — Rebecca Soltes walked into a gaily decorated hospital meeting room, pushing her kids in a double stroller and carrying a soft-sided cooler filled with bags of frozen breast milk — 100 ounces of the stuff.

She dropped it on a table, and the roomful of lactation consultants and maternal health advocates from California’s Inland Empire erupted in applause.

She was donating the milk because she didn’t need it anymore. Her son, a young toddler, had recently graduated to solid food, but her freezer at home was still packed with pumped milk.

“I didn’t know what to do with it,” a harried-looking Soltes told two young staffers from the Mothers’ Milk Bank, a nonprofit group in San Jose, Calif., that provides breast milk for fragile infants in neonatal intensive care units (NICUs).

Increasing numbers of women who produce more breast milk than they need are handing it over — or selling it — for others to use. It’s a boon to fragile infants and mothers who can’t produce enough milk, but it also poses challenging ethical and public health questions. 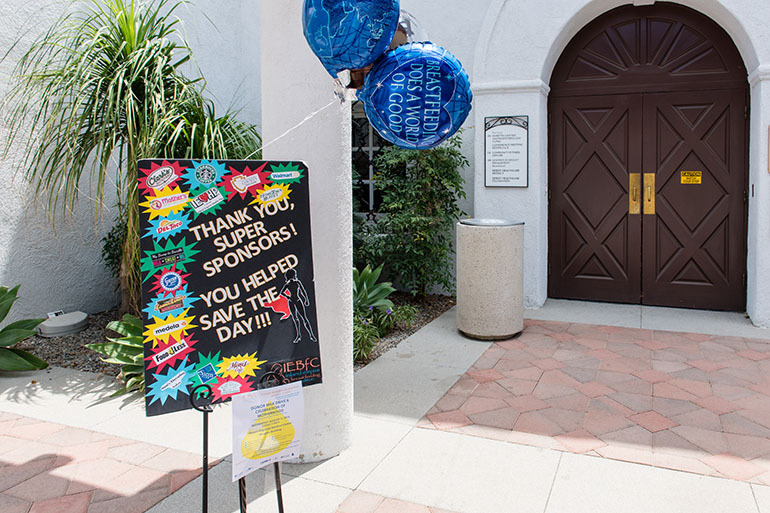 Physicians, regulators and others ask: Should sickly, premature babies get access to this milk before healthy ones? Should women be paid for their milk — even if it might lead some to deprive their own infants? Should greater safeguards be required to ensure the safety of the supply?

The Food and Drug Administration does not require testing for donated human milk. A handful of states, including California and New York, regulate milk banks the way they do tissue banks, enforcing some safety standards, and many nonprofit milk banks screen donors.

Should sickly, premature babies get access to this milk before healthy ones? Should women be paid for their milk — even if it might lead some to deprive their own infants? Should greater safeguards be required to ensure the safety of the supply?

But the FDA has expressed concern about milk-trading websites, warning consumers that the milk offered there carries an increased risk of contamination by drugs or disease, including HIV. The agency further urges mothers not to feed their infants donated milk acquired from other individuals or over the internet, also because of such safety risks.

Some companies and medical experts wonder if even established milk banks — whose voluntary screening practices the FDA praised in 2010 — should be doing more to ensure safety. Dr. Jae Hong Kim, a neonatologist at UC-San Diego, said milk banks’ safety efforts have worked well thus far but are not error-free. “The challenge is, if you expand the operations, you increase your risk exposure,” he said.

Scott Elster, CEO of Prolacta Bioscience, a company that uses human milk to make fortifier products in its pharmaceutical-grade manufacturing facility, said he advocates a more rigorous level of screening.

“We believe that all human milk, whether it is distributed commercially, by a nonprofit or peer-to-peer network, should be tested for drugs of abuse, nicotine and other adulterants,” he said.

The first class I had on human milk I was blown away … It’s Harry Potter meets Willy Wonka. It’s a magical food.

As recently as the early 1970s, barely a fifth of American babies were breast-fed. Today, more than 80% get at least a taste of their mother’s milk, according to the federal Centers for Disease Control and Prevention. The health advantages are well-established, especially for premature infants.

“The first class I had on human milk I was blown away,” said Maryanne Perrin, a nutrition scientist at the University of North Carolina-Greensboro. “It’s Harry Potter meets Willy Wonka. It’s a magical food.”

Some breast-feeding enthusiasts refer to human milk as “liquid gold.” At times, it seems as though everyone wants the stuff — from nonprofits like Mothers’ Milk Bank, to high-tech pharmaceutical companies that concentrate it into premium medical products, to your neighbor who might just want a bit more to supplement her baby’s diet. 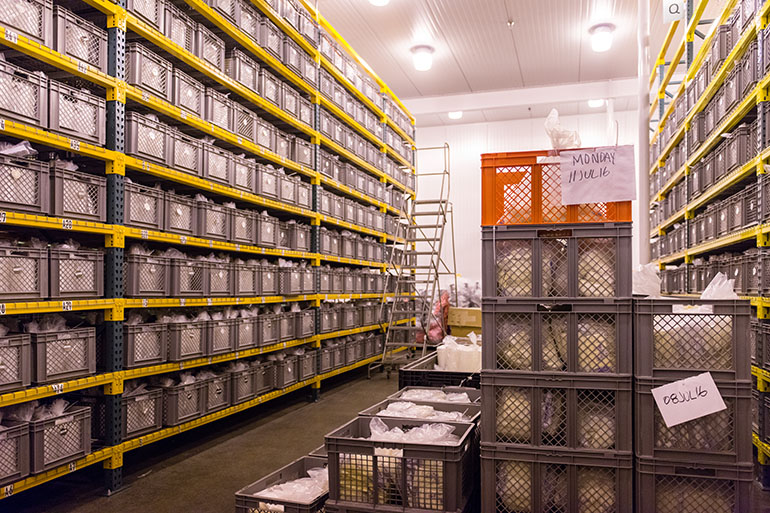 No one knows exactly how much of this excess milk is donated or sold, but the volume is increasing. Pauline Sakamoto, executive director of the Mothers’ Milk Bank and former president of the Human Milk Banking Association of North America, an association of nonprofit milk banks in the U.S. and Canada, said her organization’s affiliated banks distributed about 4.4 million ounces of human milk to hospitals last year, up from less than half that amount as recently as five years ago. When Sakamoto became president of  the organization in 2014, it had 18 milk banks. Now it has more than 30 open or planned.

To Profit Or Not To Profit?

The Mothers’ Milk Bank workers from San Jose traveled nearly 450 miles last year for donation drives in the southern part of the state, including the one at the Desert Regional Medical Center in Palm Springs where they applauded Soltes. The bank collects and pasteurizes donated human milk and provides it at cost to NICUs throughout California.

Over the week, workers planned to conduct risk screenings, including blood testing for HIV and other diseases, on mothers like Soltes. They also planned to ask the women’s doctors — and their babies’ doctors — to approve the donations. The team expected to collect 7,542 ounces of pumped breast milk — enough to provide more than 30,000 feedings for premature infants in NICUs.

“Right now, we have a consistent flow of milk coming in,” said Leah Carig, donor coordinator at the San Jose-based bank. “In the past, we’ve had to put out [e-mail] blasts” to increase supply. 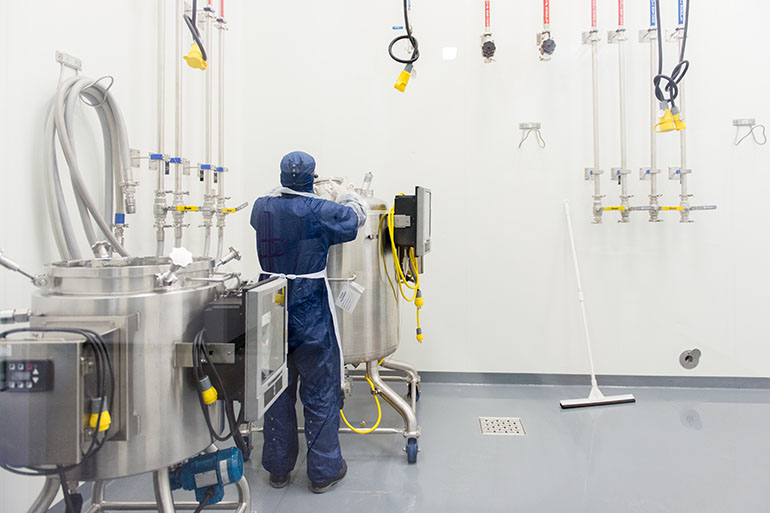 Prolacta Bioscience, a company based in City of Industry, Calif., purchases breast milk from women for $1 per ounce, tests it rigorously, and uses it to make fortifiers that are added to a mother’s or donor’s milk to deliver extra calories, proteins and minerals to premature babies. (Heidi de Marco/KHN)

Based in City of Industry, Calif., it purchases the milk from women for $1 per ounce. The company uses it to make fortifiers that are added to a mother’s or donor’s milk to deliver extra calories, proteins and minerals to premature babies.

The products are expensive, at $200 to $300 for a one-day supply. But they win praise from NICU physicians like Kim, because they can replace fortifiers made of cow’s milk, which are known to increase the risk of necrotizing enterocolitis and sepsis.

Beyond the NICU and the gates of industry, informal internet-based sites, with names like Only the Breast and Eats on Feets, also appear to be booming. One report estimated that the number of online milk transactions in the U.S. soared from 22,000 in 2012 to 55,000 in 2015. 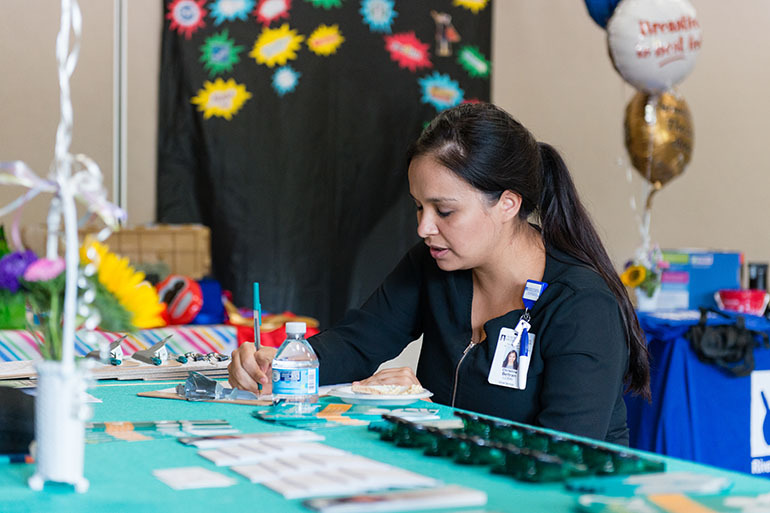 Christina Beltran recently had a baby and signs up to receive more information at a breast milk donation fair in Palm Springs, Calif., on August 3, 2016. (Heidi de Marco/KHN)

Some milk-sharing networks are run by mothers who sell their milk, while others give it away.

Mandy Lindberg, a board member of the Inland Empire Breastfeeding Coalition, has experience with both formal and informal donation networks. She said that women often opt to donate among themselves because they want to help friends or neighbors who don’t have enough milk for their babies.

“It’s nice to put a face with the name,” Lindberg said.

Research shows there’s some risk with milk that changes hands on informal sites, however. In 2015, a team of researchers who purchased breast milk on the open market reported in the journal Pediatrics that about 10 percent of samples contained cow’s milk, which could have been added by the sellers to increase volume and thus the size of the payment. The same team had reported in 2013 that milk purchased online was frequently contaminated by pathogenic bacteria.

Kim Updegrove, executive director of the nonprofit Mothers’ Milk Bank at Austin, in Texas, says the FDA should regulate informal milk-sharing, ideally requiring all milk to go through a milk bank focused on distributing it according to the greatest medical need. This, she believes, would help make the practice safer and ensure that the sickest babies were given priority.

Updegrove and others fear that if financial gain were to become the dominant factor in distribution of human milk, supplies could be siphoned away from the sickest NICU babies. Poor mothers might sell their milk instead of giving it to their own children, these critics said.

Women involved in sharing networks don’t always understand the mission and practices of nonprofit milk banks, Perrin reported with colleagues in a 2016 paper that appeared in the Journal of Human Lactation. Better education might encourage more to donate for NICU use, she suggested.

She said that when she started her research, she thought of human milk as a “scarce resource.” “But I’ve talked to women who have shared 9,600 ounces of milk. Some have freezers full,” she said. “I think it’s a distribution problem, and not a supply problem.”

The entire concept of breast milk banking — of any type — was new to Soltes. The La Quinta, Calif., mother said that when other members of her breast-feeding group had more milk than they could use, they didn’t know what to do with it. She learned about the milk drive by doing a Google search online.

“I just happened to find this event,” she said. “I thought, wow — I’d rather do this than throw it all out.”

Kaiser Health News is an editorially independent program of the Henry J. Kaiser Family Foundation, a nonprofit, nonpartisan health policy research and communication organization not affiliated withKaiser Permanente. You can view the original report on its website.

Left: Prolacta Bioscience, a company based in City of Industry, Calif., purchases breast milk from women for $1 per ounce, tests it rigorously, and uses it to make fortifiers that are added to a mother's or donor’s milk to deliver extra calories, proteins and minerals to premature babies. Photo by Heidi de Marco/KHN