In honor of Cole Porter’s 124th birthday, his story of triumph over pain

Beginning in the early 1920s and extending well after World War II, American popular music was ruled by names like Irving Berlin, Jerome Kern, Richard Rodgers, Lorenz Hart, Oscar Hammerstein, George and Ira Gershwin, Harry Warren, Harold Arlen, Frank Loesser and Jule Styne. Their work constitutes the “Great American Songbook” and includes some of the most-beloved songs of the 20th century. The most sparkling melody maker of them all, however, was the debonair and always elegant Cole Porter (1891-1964).

The composer and lyricist of dozens of musical comedies, such as “Anything Goes,” “Gay Divorce,” “Can-Can,” “Silk Stockings” and his masterpiece, “Kiss Me Kate,” Cole Porter also gave birth to a canon of motion pictures, radio and television shows and recordings. He convinced the world that “Anything Goes” and “I Get a Kick Out of You.” He urged millions to “Begin the Beguine,” “Let’s Misbehave” and “Brush Up On Your Shakespeare.”

Impeccably dressed, cigarette in hand, Porter was the icon of “high society.” He even wrote the music and lyrics for “High Society,” the 1956 MGM film version of “The Philadelphia Story,” which starred a young Frank Sinatra, a jaunty, if somewhat mature, Bing Crosby and the alluring Grace Kelly. Yet even the most well-groomed appearances can be deceiving. In fact, much of Cole Porter’s so-called charmed life transpired within a thorny briar of physical pain. 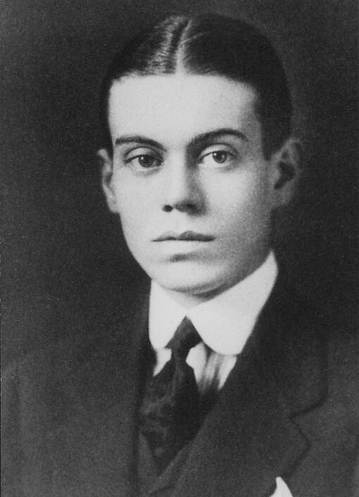 Cole Albert Porter was born in Peru, Indiana, on June 9, 1891. His blustery and domineering grandfather, J.O. Cole, was the richest man in the state, thanks to a series of well-placed investments in drug stores, coal and timber. Young Cole loved poetry and playing the piano. He began writing songs at age 10. Talent aside, his family decreed that he should become a lawyer and, in 1909, Cole matriculated into Yale University. There, he distinguished himself by writing the music and lyrics for several Yale student productions, singing with the famed “Whiffenpoof” men’s choir, and composing several football fight songs, including “Bulldog,” a rousing march that continues to be played by the Yale Marching Band every time the team scores a touchdown.

After graduating in 1913, Porter entered the Harvard Law School. Realizing that his talents were best suited to a different type of bar, he took the law school dean’s advice and transferred into Harvard’s music department, where he perfected his knowledge of musical composition, harmony and counterpoint. His family’s reaction was mixed. Cole’s irate grandfather cut Cole out of his will. Cole’s mother, on the other hand, bequeathed half of her $4 million inheritance to her son.

In 1916, Porter saw his first Broadway musical, “See America First,” open and close within 14 days. To salve his artistic wounds, he sailed for Europe in the winter of 1917, landing first in Paris, where his lavish parties soon became legendary. The following year, 1918, Porter met the wealthy socialite-divorcee Linda Lee Thomas and they married in 1919. Although Cole and Linda loved each other deeply, theirs was not a physical relationship. Mrs. Porter accepted Cole’s multiple affairs with men in exchange for his devoted companionship. Always a lavish spender, Porter enjoyed Linda’s limitless wealth and, given the social taboos against openly declaring one’s sexuality in that era, he cast her as his wife in the play that was his double life.

On the afternoon of Oct. 24, 1937, just as Cole’s musical career was finally skyrocketing, infirmity struck with a resounding force. An accomplished equestrian, he was riding with the Countess Edith di Zoppola and the Duke of Verdura at the exclusive Piping Rock Club in Locust Valley, New York. During the outing Cole’s horse shied, stumbled and rolled directly over the composer’s legs. The half-ton horse’s fall delivered compound fractures to both of Cole’s femurs (thigh bones) and provided the entry for osteomyelitis, an especially daunting infection before the advent of antibiotics. In later years, Porter claimed that during the hours he lay prostrate on the bridle path waiting for help, he took out his notebook and composed the opening refrain of a song called “At Long Last Love.”

Over the next 20 years or so, Porter underwent a series of excruciating orthopedic operations. Porter rarely complained about his disabilities because, as he often explained, his mother taught him “a gentleman never depresses his friends by relating his woes to them.” Privately, however, he took to naming his lame legs: Josephine was the left and Geraldine — “a hellion, a bitch, a psychopath” — was the right.

In 1945, Porter described the details of his latest operation to a friend. The surgeon began, he recounted, by re-breaking the femurs, followed by removal of the jagged ends, splicing of the Achilles tendons, and removal of eight inches of tibial tissue for bone grafts over the primary fracture sites. More problematic was continued evidence of staphylococcal infection in the poorly healing bones and the severe pain generated by scar tissue and nerve damage. Indeed, Cole’s injuries transformed gentle touches to his limbs into a form of torture. Undaunted, he walked with canes, crutches and cumbersome iron braces. In later years, he would rely upon a burly valet to carry him into and out of theaters. 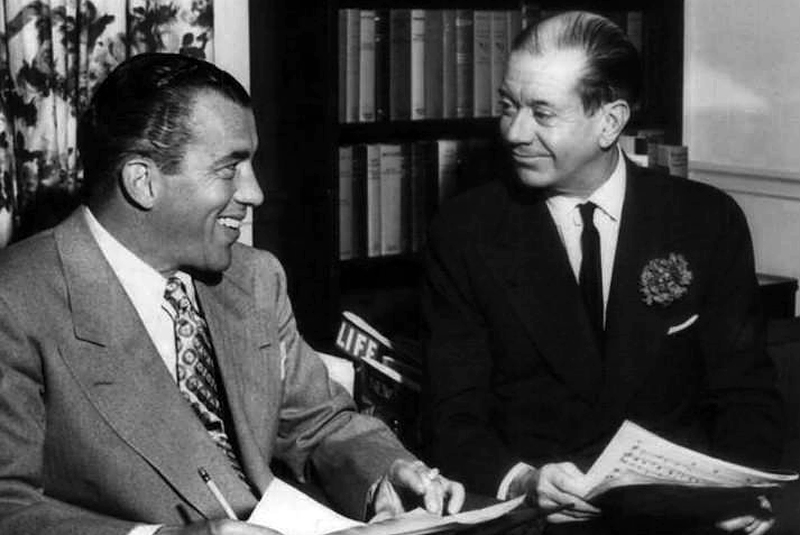 Ed Sullivan, left, and Cole Porter from Sullivan’s first television program “Toast of the Town” in 1952. Photo by CBS Television via Wikimedia

Porter’s right leg — the psychopath Geraldine — was finally amputated, at mid-thigh, in 1958. Although he was fitted for a prosthetic leg and underwent rigorous physical therapy, his every attempt at walking was enormously challenging. The man whose lyrics and melodies epitomized hope, fun and joy suddenly had little to be hopeful about. Staring at the poorly healing wound where his leg used to be, a defeated Porter lamented, “I am only half a man now.”

After the amputation, Porter’s world shrank drastically. No longer a habitué of Broadway openings or glamorous parties, he now hibernated in his plush apartment in New York’s swanky Waldorf Towers. His leg pain only increased despite an ever-increasing reliance on and addiction to alcohol and narcotic painkillers. During the last decade of his life, he also endured numerous bouts of pneumonia, bladder infections, kidney stones, clinical depression and a recurring gastric ulcer that required surgical removal of part of his stomach.

When Cole Porter died of kidney failure at age 73 on Oct. 15, 1964, only his closest friends knew the extent of the physical and mental anguish he had endured for 27 years. Against all clinical odds, even if only within his fertile mind, Porter managed to trip the light fantastic, occupying his best nights and days composing perfect songs.

And on this, his 124th birthday, it is Mr. Porter’s remarkable bravery and industry that impresses the most. His talent and triumph over extreme adversity inspires a well-earned “song cue” to croon, or at least, hum in his memory, “You’re the Tops.”

Editor’s note: This post has been updated to correct the spelling of Jule Styne’s name.

Left: Composer and bon vivant Coler Porter with financier William Rhinelander Stewart, left, and gossip columnist Elsa Maxwell, in 1934. In 1937, an equestrian accident left Porter to live out the final decades of his life in immense pain. Photo from Wikimedia