Kristen was the picture of health. She died of colorectal cancer at 38

When she was 5 years old, Kristen McRedmond had just taken her last swing up at bat when the umpire called her out. McRedmond turned around and told the ump that she was wrong, that she had hit the ball. Kristen’s mother, Rita McRedmond, laughed as she recalled the story so many years later. “She didn’t hit the ball, but that was her. She always advocated for herself, even when she was young.”

In 2012, Kristen McRedmond was diagnosed with Stage IV colorectal cancer and was initially told she had a few months to live. McRedmond, who ended up living for five more years, died on Feb. 22 in New York at the age of 38.

Through Facebook and her blog, as well as a guest speaker to medical organizations across the country, McRedmond, a schoolteacher, never stopped educating others about the disease. McRedmond was meant to receive a Hope Award for Patient Advocacy in person later in the month at the annual gala of Michael’s Mission, an organization dedicated to raising awareness for colorectal cancer in young people. Instead, the award lay at her funeral in her honor.

A new study by the American Cancer Society and the National Cancer Institute shows a sharp increase over the last few decades in colon and rectal cancers among adults in their 20s, 30s and 40s.

Last week, mere days after McRedmond’s death, a new study was released by the American Cancer Society and the National Cancer Institute, which showed a sharp increase over the last few decades in colon and rectal cancers in young and middle-aged adults.

A “very sobering” statistic that returns these young people back to colorectal cancer levels for those born in the late 19th century, Rebecca Siegel, lead researcher on the study, said in a statement. 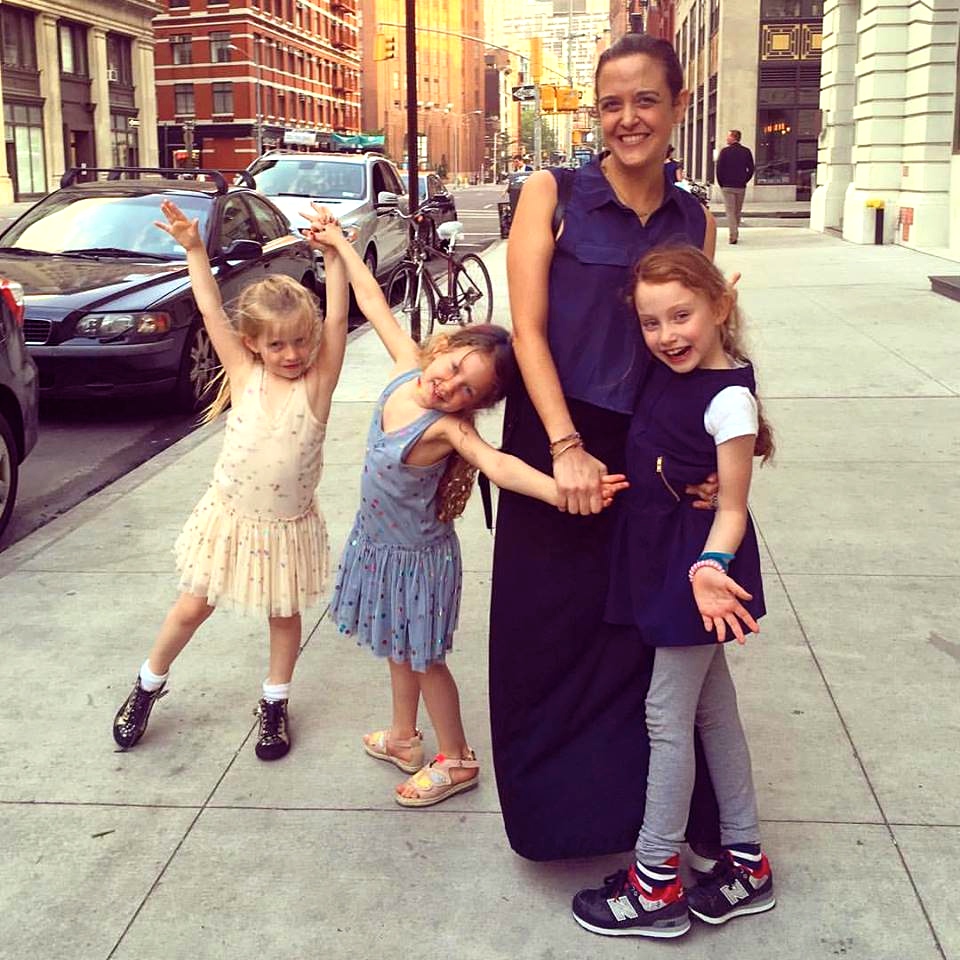 Kristen McRedmond with her students outside of Avenues School in New York City where she taught Pre-K from 2012 through the 2015-2016 school year. She returned to work as a curriculum writer in September 2016, working up until her death of colorectal cancer on Feb. 22, 2017. Photo by Emma Tillinger Koskoff

Scientists have known about the uptick of colorectal cancers in 20 and 30-somethings through other studies also done on the subject, including a 2010 study in Cancer, co-authored by Dr. Felice Schnoll-Sussman, director of the Jay Monahan Center for Gastrointestinal Health at New York-Presbyterian Hospital and Weill Cornell Medicine.

“The last thing that the patient and doctor is thinking is that they have rectal cancer,” said Schnoll-Sussman. They’ll likely attribute the rectal bleeding to hemorrhoids or menstrual periods, Dr. Schnoll-Sussman explained, who was part of McRedmond’s care team in New York.

The American Cancer Society states people younger than 55 years old are nearly 60 percent more likely than older adults to be diagnosed when the disease has already reached more advanced stages.

Schnoll-Sussman says the study should serve as a call to action for physicians who may underestimate the risk of cancer in younger patients and therefore may not diagnose the disease in a timely manner.

From 2008 to 2012, McRedmond had been living a life many people only dream about, as a pre-K and first grade teacher at the American Overseas School of Rome. When she went to see her doctors, according to Kristen’s older sister, Michele McRedmond, she was told on more than one occasion that her rectal bleeding was likely caused by her motorino, a difficult ride for many on Rome’s bumpy streets.

By the time she received her real diagnosis in Italy, McRedmond’s cancer had metastasized. Her doctor recommended she seek treatment in New York where she could also be close to her family in Yonkers. She left Italy two days later, leaving most of her things behind.

The news didn’t stop McRedmond from setting out to make the best care plan she could over the next five years of her life. She met with three different surgeons before her initial surgery. She researched and took part in clinical trials and cutting edge technologies around genomic testing and attended acupuncture twice a week.

McRedmond also continued teaching. She planned her chemo appointments on Fridays, so that she could recover over the weekend and not miss time with her pre-K students. She went for radiation treatments early in the morning or after the school ended. For the first two years at her school, only McRedmond’s immediate supervisor knew about her illness, her sister Michele said. She didn’t want to be known as the teacher with cancer.

McRedmond documented her experiences over the next five years on social media. She shared everything from specific gene mutations in her body to her joy in still having the ability to strike a yoga headstand on her paddleboard this past summer.

The new research does not point to any causes behind the increase in colorectal cancer rates in young people.

“She tried to help people understand this disease,” Dr. Schnoll-Sussman said, adding that McRedmond’s gift was that she made it easy to relate to her.

While known risk factors for colorectal cancer include obesity, an unhealthy diet and lack of physical activity, according to Dr. Otis Brawley, chief medical officer for the American Cancer Society, the new research does not point to any causes behind the increase in colorectal cancer rates in young people.

“It’s very difficult because we don’t know what’s contributing to the increase in rates,” said Martha Raymond, executive director of Michael’s Mission, who lost both her parents to colon cancer in the 1970s and ’80s.

“I believe we are potentially looking at a different phenomenon and it behooves us to try to understand better what is actually going on with these patients. What is the biology, since the biology may be very different than regular colon cancer,” Schnoll-Sussman said. 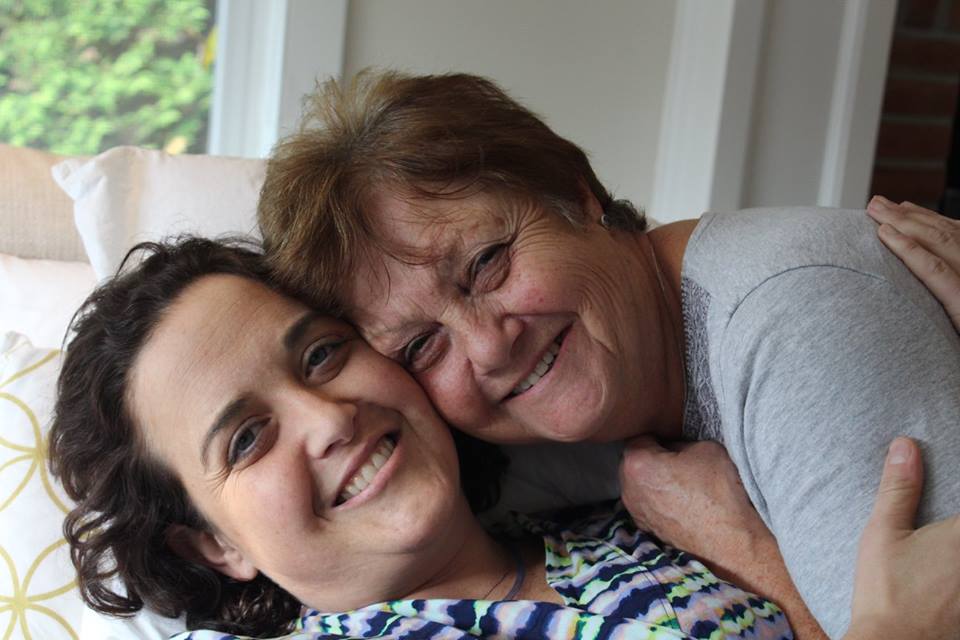 Many of her patients, like McRedmond, are fit and healthy, Schnoll-Sussman said. They are not obese or heavy drinkers or smokers and show no family history of colorectal cancer. She says while obesity is likely linked to some cancers, more research needs to be done on how colorectal cancer affects young people.

“Here you have a young person who potentially did nothing wrong that had a devastating diagnosis, and the last thing we want to do is to make them feel they did this in some way,” she says.

Instead, advocates and physicians alike stress the importance of knowing one’s own body.

“If something feels different. If something has changed. If you’re someone who never had a problem with their bowels and all of a sudden you have a problem with your bowels. If you’ve never seen rectal bleeding, and especially if it’s persistent. Weight loss, change in caliber of your stools, you need to present to your physician,” Schnoll-Sussman said.

Over speaker phone, in an interview with Rita McRedmond, a relative calls out in the background, “The carrots!” Rita laughs and recalls that her daughter had read how carrots could help fight against cancer, but that it was necessary to juice five pounds of them a day — never mind all the grapefruit juice, she said. Rita’s daughter Michele joined in laughing, and one of them remarked how Kristen had been the picture of health. They replied at the same time, “That’s what’s scary.”

Left: This photo of Kristen McRedmond was taken in the spring of 2016, as a follow-up to a video about Michael's Mission and colorectal cancer. There was a tremendous response to McRedmond's story in the video, which was shown at the organization's winter gala in 2015, according to executive director Martha Raymond. Photo by Jonsar Studio