If you’re wondering about Price’s record on LGBT issues, the former orthopedic surgeon, like many other Republicans, has received a zero over the last three sessions of Congress on the Human Rights Campaign’s congressional scorecard.

Since Donald Trump’s surprise election Nov. 8, LGBT health advocates have been holding their breath to see who the president-elect will pick for the cabinet-level position of secretary of Health and Human Services. Like many other health care stakeholders, these leaders are keeping a weather eye on whether Trump is serious about his campaign promise to dismantle the Affordable Care Act — a long-sought but out-of-reach goal for congressional Republicans under President Obama — as well as a proposed reform of Medicaid that would result in reductions in aid to the poor.

A number of names have been bandied about for the HHS job, including newest rumored frontrunner Rep. Tom Price, R-Georgia, and Andrew Bremberg, who is leading Trump’s health transition and worked at the agency during the administration of President George W. Bush. Other familiar names include Florida Gov. Rick Scott, ex-Arkansas Gov. Mike Huckabee and ex-Louisiana Gov. Bobby Jindal.

While Trump has been skimpy on details of what may replace the health care law, he has proposed allowing insurers to sell health plans across state lines, establishing block grants for state Medicaid programs, and allowing people to deduct their health care premiums from their federal income tax.

A study by The Commonwealth Fund estimates the repeal of the ACA and the implementation of these replacement policies would cause more than 20 million people, most of whom are low-income, to lose health coverage.

Trump’s agenda has progressives worried about the possible rollback of health services for gay people.

“It’s an agenda that destroys the national health safety net,” says Matt Kavanaugh, a seasoned health policy activist with the Global Health Access Project, which campaigns for drug access for people with HIV across the globe. “We have a lot of people with HIV who depend on these programs.”

He’s particularly worried about a shift in Medicaid to block grants awarded to states, which could spell cuts in HIV programs — something seen in the 1990s. Before the ACA extended health coverage of expensive anti-retroviral drugs, those with HIV relied on the federal AIDS Drug Assistance Program (ADAP) to gain access to medication. But state-administered ADAP programs were plagued by budget cuts, creating long waiting lists for drug access.

“One of the most important things that happened with Medicaid expansion is that people were able to move off of ADAP and not just get HIV drugs but full [health] insurance,” Kavanaugh says. “If that rolls back, it’s likely we will see huge problems with ADAP.” That in turn could hurt the U.S. effort to control HIV, he says. 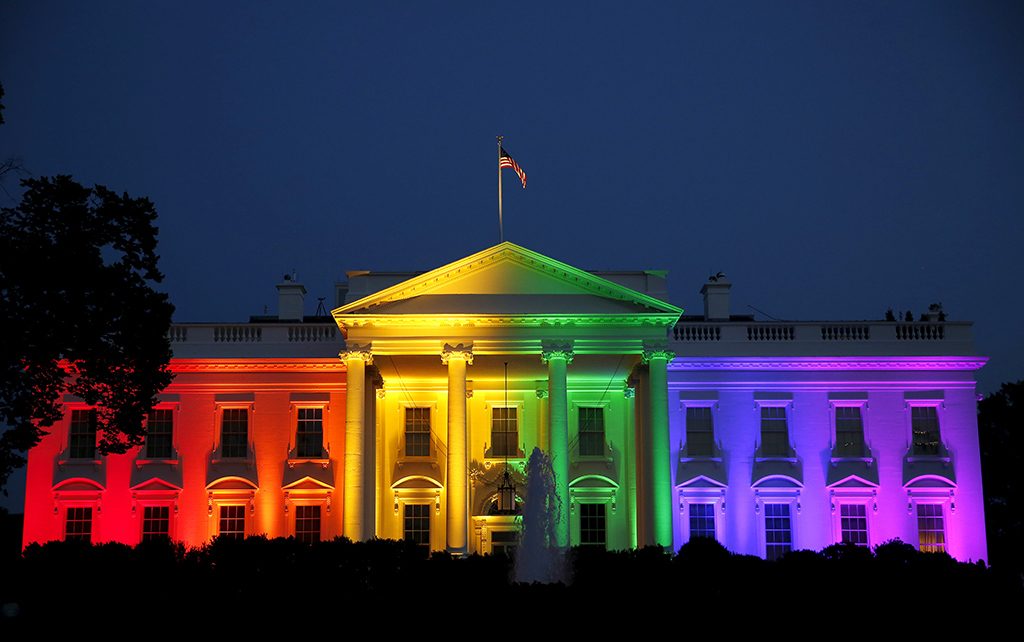 Vice President-elect Mike Pence also has a record of opposing LGBT rights and is a staunch social conservative. Photo by Gary Cameron/REUTERS

As evidence of what he says is the incoming administration’s “clear, intensely anti-gay agenda,” Kavanaugh points to the GOP party platform’s last-minute promotion of so-called “gay conversion therapy,” long discredited by the psychological profession and illegal as a treatment for minors in a number of states. The therapy is also endorsed by the head of Trump’s domestic policy transition team, former Ohio Secretary of State Ken Blackwell, a senior fellow at the Family Research Council, which publicly states that homosexuality “is harmful to the persons who engage in it and to society at large.”

LGBT leaders interviewed by KQED said they repeatedly tried during and since the election to meet with Trump officials to discuss their concerns, including the choice for HHS, to no avail.

Vice President-elect Mike Pence also has a record of opposing LGBT rights and is a staunch social conservative. Ben Plumley, head of the Pangaea Global AIDS project, pointed to a 2015 spike of 90 new HIV cases linked to injection drug use in rural Scott County, Indiana, where Pence was governor, as an example of ineffective health policy.

State health officials had urged Pence to implement a needle exchange program, but that was a nonstarter with the governor. With cases rising, however, the Centers for Disease Control and Prevention weighed in with the same recommendation. Pence said he would pray on the matter, and eventually he issued an executive order to implement needle exchange in Scott County. Tens of thousands of clean disposable needles were quickly distributed, and HIV cases diminished to a trickle. AmfAR, The Foundation for AIDS Research, later called the epidemic “totally preventable.” Meanwhile, heroin-related hepatitis C cases are still snowballing in the area.

Kavanaugh is also worried about the push for religious waivers at the state and local levels, which would allow agencies, individuals and private health providers with federal contracts to opt out of providing services to LGBT citizens. Two such bills are pending in Florida and Texas, and copycat bills are being drafted in other states. One of the potential health care leaders in a Trump administration, Bobby Jindal, issued an executive order in Louisiana to give a religious waiver to those opposed to same-sex marriage.

Violence is also a potential issue. Since the election, the Southern Poverty Law Center has tracked a spike in hate crimes — including 80 reported against LGBT individuals. Almost two-thirds of the incidents, some of which were anecdotal, occurred in the first three days following the election, the group says, and “the trend line points to a steady drop-off.”

There is no doubt the LGBT community is feeling increased pressure. Calls to LGBT suicide prevention hotlines went way up in the immediate wake of Trump’s election, Mother Jones has reported. Callers worried about loss of health access to hormones and gender surgery, as well as fear of discrimination from health providers.

“You’re going to see increasing numbers of people with challenges,” says Kavanaugh. “It’s going to be a test of our solidarity.”

LGBT leaders interviewed by KQED said they repeatedly tried during and since the election to meet with Trump officials to discuss their concerns, including the choice for HHS, to no avail.

KQED’s efforts to reach the campaign for comment were unsuccessful. So were efforts to obtain comments from health policy aides at Rep. Nancy Pelosi’s office about Democratic efforts to influence the top health pick.

Left: Republican presidential nominee Donald Trump holds up a rainbow flag with "LGBTs for TRUMP" written on it at a campaign rally in Greeley, Colorado, U.S. October 30, 2016. Photo by Carlo Allegri/REUTERS