This year’s measles outbreak in the U.S. is the largest in 20 years, the Center for Disease Control and Prevention reported Thursday. A total of 228 confirmed cases have been reported to the CDC in the country between Jan. 1 and May 23, 2014.

The increase in measles — which was declared eliminated in the U.S. 14 years ago — is driven by unvaccinated people, primarily U.S. citizens, who got the virus while traveling abroad, said Dr. Anne Schuchat, director of CDC’s National Center for Immunization and Respiratory Diseases. The illness spread in communities where many people are also unvaccinated. 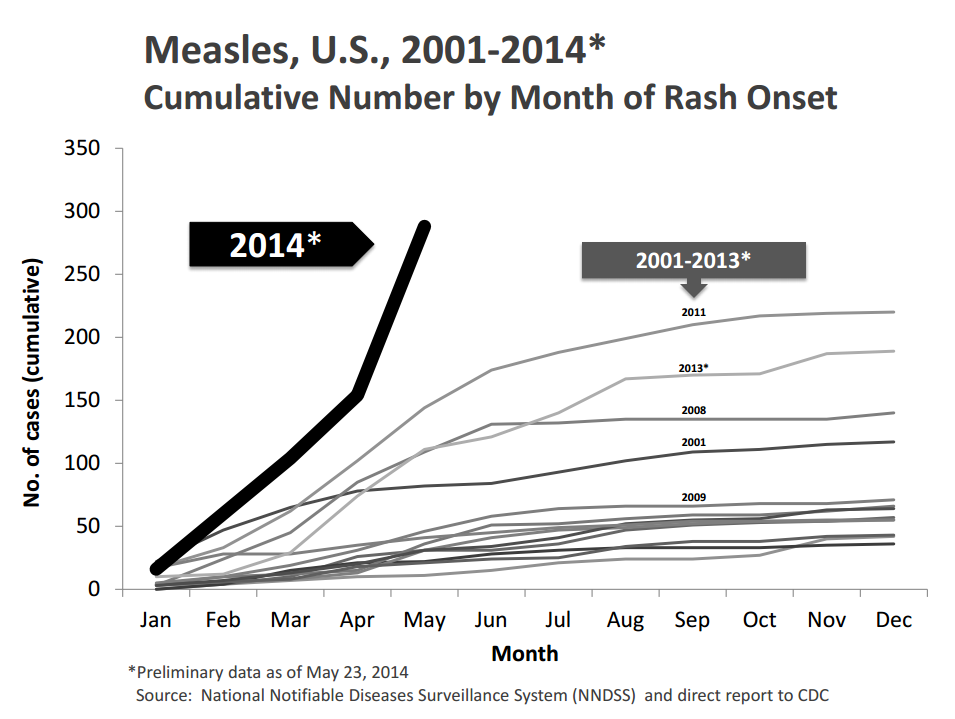 Graph by the Centers of Disease Control and Prevention

Amish communities in Ohio are suffering an ongoing outbreak of more than 130 cases. Unvaccinated travelers brought the virus home with them after traveling on a service trip to the Philippines, where a large outbreak has been occurring since October 2013. California (60) and New York City (26) follow Ohio in the number of reported cases.

In the report, the CDC stressed the importance of vaccination, especially before international travel.

Measles is a highly contagious respiratory disease characterized by fever, runny nose, cough, and a rash that spreads all over the body. Worldwide an estimated 122,000 die from the disease each year.