After months of waiting, Senate Republicans who had objected to Donald Berwick’s appointment as Medicare chief got their first chance to question the new agency head Wednesday. Berwick defended the health care reform law, telling members of the Senate Finance Committee that the law provides a historic opportunity to improve patient care and reduce health care costs. 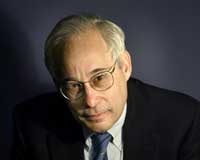 “I feel incredibly lucky to be able to join CMS at a historic time […] a time of enormous possibility,” Berwick told the committee. Read his full opening statement here [[PDF](http://www.massbio.org/writable/editor_files/policy/final_berwick_testimony_11.15.10.pdf)].

A pediatrician and long-time advocate for health system reform, Berwick will head the Center for Medicare and Medicaid Services through several years of major changes. All together, the agency is responsible for the health coverage of about 100 million Americans through Medicare, Medicaid and the Children’s Health Insurance Program. That number is poised to grow by about 16 million as the health reform law expands Medicaid eligibility.

All that puts Berwick, as Republican Sen. Orrin Hatch put it, in “one of the most important jobs in government today.”

He was controversial choice. When his nomination was announced, Republicans seized on statements he’d made, including expressing admiration for Britain’s National Health Service. The controversy heightened when President Obama nominated Berwick to the job during a Senate recess, avoiding a Senate confirmation hearing.

Republicans Wednesday expressed frustration with the nomination: “You were nominated 213 days ago and appointed 134 days ago and, yet, this is our first chance to get you before this committee to testify and answer some questions,” Hatch said. “The phrase ‘better late than never’ comes to mind.”

Before coming to CMS, Berwick was head of the Institute for Health Care Improvement in Cambridge, Mass., where he focused on working with hospitals to reduce medical errors, improve the quality of care and reduce cost. In 2006, the NewsHour profiled Berwick’s “100,000 Lives” campaign to reduce hospital errors.

He’s also advocated for changing the way doctors and other health care providers are paid to reward quality rather than quantity of care, for using evidence-based medicine to find the most effective treatments, and for using electronic health records to improve efficiency and coordination of medical care.

Last year, he talked to the NewsHour about electronic health records and evidence-based medicine.

Kaiser Health News has put together a resource guide with much more background and information about Berwick, including links to many editorials he’s written over the years.

The Senate hearing Wednesday lasted only an hour before the Senators had to adjourn for a vote — but Republicans made it clear that Berwick will be returning to Capitol Hill to testify before the new Republican-led House.

“[The House] will see to it that you are open and transparent, because they will be overseeing CMS very closely,” Kentucky Sen. Jim Bunning said.