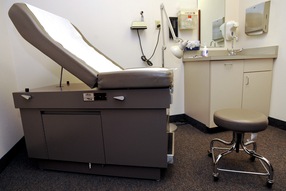 Last week, in the largest nationwide bust of its kind ever, more than 700 federal agents fanned out from Miami to Los Angeles and rounded up 111 doctors, nurses, physical therapists and health company executives in nine cities. It was part of a massive federal government crackdown on fraud allegedly perpetuated by corrupt individuals that in recent years has cost Medicare and Medicaid more than $2.3 billion.

Since 2007, operations from these federal government strike forces have resulted in the apprehension of nearly 1,000 people by investigative teams from the Department of Health and Human Services’ Inspector General’s office.

Don White, a spokesman for the Department of Health and Human Services Inspector General’s office, said these latest arrests are “just the tip of the iceberg.”

I followed all of this with great interest as the PBS NewsHour’s health correspondent, but also for a more personal reason.

In the months before my mother’s death last year, I had become increasingly disillusioned with a group of doctors who were under contract to her nursing home and wondered whether they were billing Medicare for services they did not perform.

In February 2010, my mother broke her leg while living in an assisted living facility. She was no longer able to dress herself. She could not get to and from the dining room on her own. She had reached the point where she needed the kind of care provided in a skilled nursing facility.

As a dual-eligible senior, meaning she had both Medicare and Medicaid, my mother was transferred to a local nursing home. It was neither the best nor the worst facility in the area. It was the closest place that had a qualified bed. And, as her only child with power of attorney, I watched with alarm as her medical condition began to deteriorate almost as soon as she entered the skilled nursing facility. Her dementia grew worse. Some days she thought she was on a trip to Chicago (a city she had never lived in). On one particularly bad day she insisted that she was in jail and that the nurses were actually guards who were assigned to keep her from hurting other inmates.

I repeatedly tried to contact the geriatric medical practice on contract to the nursing home but nobody called me back. Finally one day I reached a physician at the group who seemed irritated with me for bothering him and told me to talk to the nurses if I wanted information.

The nurses referred me back to the same doctors.

I tried to get help for my mother by contacting other primary care physicians, but after calling 14 different offices and being told they weren’t accepting any new Medicare or Medicaid patients, I gave up. All the while, I was receiving bills from the Centers for Medicare and Medicaid Services that showed these same nursing home doctors or their physician assistants who were allegedly visiting my mother once or twice a week were billing Medicare $130 per visit.

In frustration, I finally went to the nursing home on days when these physicians and their assistants were scheduled to see patients. I sat there for hours. But they never came. Once, when I asked about this, one nurse told me quietly “the doctors don’t actually see the patients. They check the charts and leave.”

About six weeks before Christmas my mother stopped eating. When I asked her why, she told me her mouth “hurt.” A care conference to talk about this problem never happened.

By December, my mother weighed just 80 pounds. By Christmas Eve, she was running a fever and coughing. When I put her in the hospital that day the admitting physician told me she had pneumonia and one of the worst cases of thrush he’d ever seen. Thrush is a condition commonly found in babies, HIV patients and elderly people who are malnourished. It is easily diagnosed by having a physician turn on a flashlight and look inside a patient’s mouth.

But there was no such diagnosis for my mother. That is, until it was too late.

In the hospital we tried antibiotics for awhile, but she got worse. Three days after Christmas I stopped all the intervention and moved her to a wonderful hospice where they sedated her. She died peacefully the next morning.

My mother was quite elderly. She was 90 years old. And yes, it is true she didn’t have much time left.

But with proper treatment she might have died from natural causes instead of pneumonia. I, of course, cannot prove that actual fraud was committed. All I know is that my mother wasn’t getting the attention she needed, and for which, I would hasten to add, the federal government was paying.