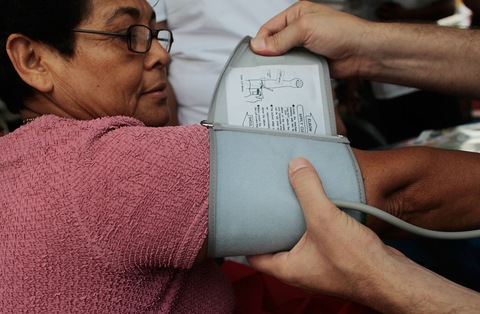 The federal government’s Centers for Medicare and Medicaid Services is finalizing a new reimbursement plan that will determine how hospitals get paid to take care of Medicare patients. The proposed rule calls for something called “value based purchasing,” which is part of the health care reform law. It is intended to fundamentally change the payment system from one that pays hospitals for the quantity of care to one based on the quality of care seniors receive.

Under a new rule announced by CMS last week, what the patients have to say about their stay in the hospital will also be used to calculate payments.

The new payment system goes into effect in October of 2012 and will affect 3,500 hospitals nationwide.

Under the proposed rule, adherence to quality care measures will be weighted at 70 percent of the payment formula. Patient satisfaction surveys will account for the remaining 30 percent. The formula will also take into account wait times in the emergency room, and whether the patient got an infection while in the hospital.

Those hospitals that do not meet the new standards will face an across the board 1 percent reduction in Medicare payments in 2013. That money will go into a fund that will be used to reward those hospitals that score above average on certain measures. In the first year alone, CMS estimates the plan will generate $850 million dollars.

“For the first time, hospitals are going to be paid for inpatient hospital quality, not just the quantity of the care they provide,” said CMS Administrator Dr. Don Berwick.”We need all boats to rise on the tide of quality,” he added.

Berwick and other CMS officials say the value based purchasing formula is designed to improve patient care and save the federal government money.

The hospital industry is unhappy with the way the rule is written. They object to one of the quality measures included — whether or not Medicare patients experienced a medical error or got an infection they didn’t bargain for while in the hospital.

The American Hospital Association said while it supports “the general direction of the CMS rule,” the AHA “strongly opposes” the inclusion of measures that will determine the number of hospital acquired infections Medicare patients experience. The AHA also is unhappy that patient satisfaction surveys will be used to determine 30 percent of what the government pays hospitals to take care of seniors.

Blair Childs, senior Vice-President for the Premier Health, an alliance of more than 2,500 hospitals, said his organization “strongly supports” the direction of the proposed rule is going — but thinks it is too heavily weighted toward patient satisfaction surveys.

Childs questioned the reliability of these types of surveys saying some research shows wide discrepancies from one geographic region to another. He also said there is often a relationship between “how sick” a patient is and what they have to say about their care. And Childs thinks CMS should make an adjustment downward from 30 percent when using surveys to determine hospital payments.