Oscar Wilde uttered his last words in Room 16 of the Hôtel d’Alsace in Saint-Germain-des-Prés, Paris. The wittiest man of his epoch was said to have quipped, “My wallpaper and I are fighting a duel to the death. One or the other of us must go.”

True or false, the great playwright, poet, novelist and essayist went first. Oscar Wilde drew his last, labored breath on Nov. 30, 1900. He was only 46 years old.

Ever since that moment, literary scholars, doctors and Wilde fans have argued about the precise cause of his death.

The long-held theory was that Oscar Wilde succumbed to the ravages of tertiary, or end-stage, syphilis. Oscar told intimate friends that he initially contracted the sexually transmitted disease in 1878, while still an undergraduate at Oxford, after a brief liaison with a prostitute named “Old Jess.” 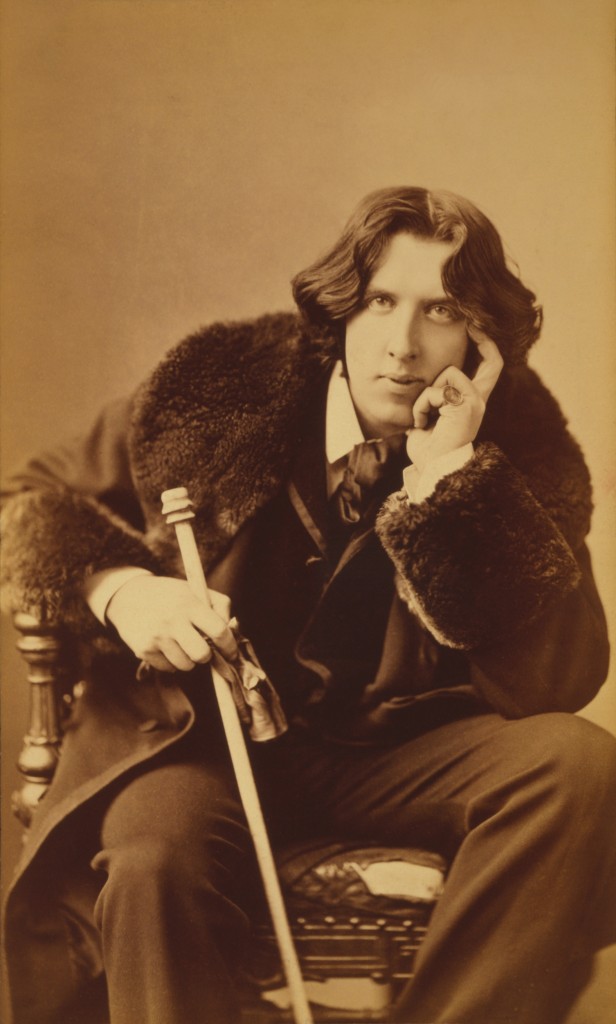 For decades after Wilde’s death, the common wisdom was that his syphilis progressed into a serious brain infection during and after the time he was imprisoned in Pentonville Prison, Wandsworth Prison, and finally, Reading Gaol (Jail) for “gross indecency” and sodomy. In the hushed parlance of Victorian England, Wilde was a “practicing homosexual.” This tragic series of events began when John Sholto Douglas, the Marquess of Queensbury, accused Wilde of committing sodomy with his son, Lord Alfred “Bosie” Douglas, and several other young men. The confrontation set in motion a travesty of justice that culminated with Oscar being sentenced, on May 25, 1895, to two years of “hard labor, hard fare and a hard bed.”

The British journalist and author, Arthur Ransome publicly posited syphilis as the cause of Oscar’s death in a biography he published in 1912. This was a somewhat suspect conclusion given that none of Wilde’s doctors recorded this malady as a cause of his death. Nevertheless, the syphilis theory kept gathering steam and reached its zenith of credibility 76 years later, in 1988, with the publication of Richard Ellmann’s magisterial and Pulitzer Prize-winning biography of Oscar Wilde. It was a diagnosis that left many uncomfortable, especially Oscar’s grandson, Merlin Holland.

Read more from Dr. Markel: When a secret president ran the country

Fortunately, a London neurologist named MacDonald Critchley and two ear surgeons from South Africa, Ashley H. Robins and Sean L. Sellars, have spent considerable time poring over Wilde’s medical and prison records to propose an entirely different, and far more credible, diagnosis. Critchley published his account in a 1990 “Medical and Health Annual” supplement to the “Encyclopedia Britannica” and Robins and Sellars published their findings in “The Lancet” (2000; 356: 1841-43).

To begin, there is no definitive proof that Wilde was infected with syphilis from the Oxford prostitute, even though he believed he was. Before marrying Constance Mary Lloyd in 1884, Oscar underwent a medical examination, in which his doctor found no overt signs of the disease. This, in itself, is not conclusive because the microbe that causes syphilis (Treponema pallidum) had not yet been discovered; there existed no blood test to definitively prove infection; and even with the best of medical examinations at that time, he could have been entirely asymptomatic and still infected or entirely normal and falsely diagnosed earlier. In favor of a false diagnosis is the fact that Constance was never infected and Oscar and Constance had two sons Cyril (b. 1885) and Vyvyan (b. 1886) who were entirely syphilis-free. (The boys and their mother later changed their surname to Holland after their father’s conviction in order to escape the maelstrom of notoriety that surrounded poor Oscar’s final years).

When reviewing Oscar’s prison medical records, Drs. Critchley, Robins and Sellars found no evidence of syphilis recorded by the seven different doctors (two of them psychiatrists) who examined him. Oscar showed none of the signs of the chronic form of the disease: he had no neurological or cardiac complications associated with tertiary syphilis and his mental faculties remained in fine fettle as he laboriously composed what became “The Ballad of Reading Gaol.” More germane, Oscar Wilde did have a long history of progressive deafness in the right ear with a chronic aural discharge that refused to yield. Sadly, his prison doctors did little to treat or ameliorate this painful condition.

In retrospect, Robbins and Sellars suggest that Oscar Wilde was suffering from a cholesteatoma, a rapidly expanding tumor in the middle ear that destroys normal tissue and yields a chronic infection of the ear, often with significant discharge or drainage of pus and fluid. Along with Critchley (who did not retrospectively diagnose a cholesteatoma in his report), all three doctors concurred that it was an out of control middle ear infection that killed Oscar Wilde.

Oscar’s ear infection and discharge appeared to resolve upon his release from prison. It returned with a vengeance, a few years later, especially toward the end of September 1900 while he was living at the Hôtel d’Alsace. He was seen by several ear surgeons and physicians but the infection soon spread into the mastoid process of skull’s temporal bone, which in the days before antibiotics was a harbinger of a much worse infection of the brain and its lining (the meninges) called meningoencephalitis. Wilde underwent an operation on October 10, 1900 (most likely a mastoidectomy) but thereafter suffered terrible pain and required a great deal of oral opium and the sedative, chloral hydrate. His infection raged during the second week of November and by the 25th he was racked with fever, pain and delirium. On the 29th, he fell into a coma; his magnificent voice was permanently silenced at 1:50 p.m. the following day.

More than a century later, the present-day observer can only shake his head at the many layers of terrible irony surrounding Oscar Wilde’s death. First, Wilde would never have been tried, let alone convicted and publicly humiliated, in today’s Great Britain for simply expressing his sexuality.

Second, the modern medical intervention of prescribing antibiotics, early and, perhaps, often, would have probably cured the middle ear infection and prevented it from fatally spreading to his brain.

Perhaps most ironic is the fact that Oscar’s father, Sir William R.W. Wilde was one of Ireland’s most eminent ear surgeons and who often treated ear infections like the one that killed his son. In his well-received 1853 textbook, “Practical Observations on Aural Surgery and the Nature and Treatment of the Diseases of the Ear,” Sir William warned of the infectious and deadly power of discharges from the ear: “…so long as otorrhoea [ear discharge] is present, we never can tell how, when, or what it may lead to.” His son’s course of illness proves this morbid observation all too well.

A middle ear infection and its subsequent spread to his brain may appear to be the best medical explanation for Oscar Wilde’s death. Others less medically inclined might say with equal conviction that he died of a broken heart and spirit.

Regardless of the precise cause of his premature death on this day 115 years ago, we ought to praise “The Importance of Being Oscar.” Every Oscar Wilde admirer has his or her favorite “Wilde witticism.” One of his most enduring lines, however, might well serve as his credo: “Be yourself; everyone else is already taken.”

Left: Irish novelist and playwright Oscar Wilde died on this day in 1900, but the long-held theory that it was from ravages of end-stage syphilis are probably wrong. Photo by Napoleon Sarony/Universal History Archive/Getty Images